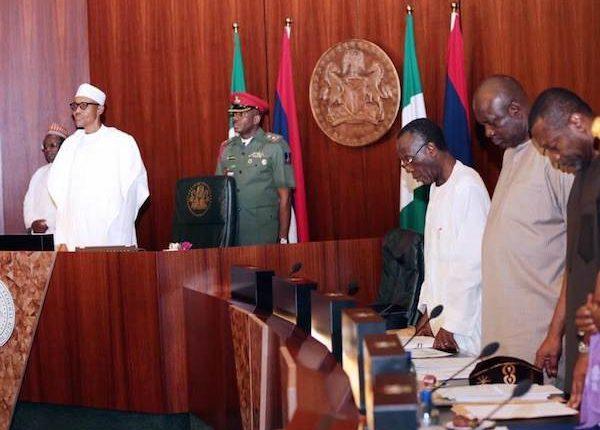 Winifred Oyo-Ita, Head of Civil Service of the Federation on Tuesday disclosed that the ‘Body of Directors’ recommended the controversial extension of Jamila Shu’ara as the Permanent Secretary of Federal Ministry of Education.

Shu’ara who retired after the expiration of her civil service career on the 17th February 2016, was granted one year extension of service after attaining 60 years as stipulated by the Civil Service Rule but was given another one year extension via a letter with Ref. No: SH/COS/100/A/1541 signed by Abba Kyari, Chief of Staff to President Muhammadu Buhari.

Kyari in the letter addressed to the Head of Service of the Federation, acknowledged the receipt of HOS’ letter Ref. No. HCSF/1013/1 dated 17th March, 2016.

“You are to note that in line with the provisions of 171(2) of the 1999 Constitution of the Federal Republic of Nigeria as amended, Mr. President has approved the extension of the appointment of Dr. (Mrs) Jamila Shu’ara by one year in a special dispensation, which should not be cited as policy,” the approval letter read.

Worried by the incoherence explanation given by the Head of Service, the lawamkers who demanded for the interpretation of the “special dispensation which should not be cited as policy” as stipulated in the approval letter,  accused HOS of failing to advise the Presidency on the provisions of the Federal Civil Service Rule.

Mohammed who read the letter sent by the Minister of Education, which stated that he (Minister) did not see the approval letter from the President granting extension of service for the now retired Permament Secretary, adding that while the President approval was in principle, the HoS had shown him her own response.

While responding, Oyo-Ita said: “like I explained at previous sittings, although, the public service have guidelines as to the promotion of officers, but when it comes to removal or appointment of officers, Mr. President has the constitutional powers to appoint officers as it is in the case of Dr. Jamila Shu’ara”.

While stressing that the extension was in line with section 171(2) of the 1999 Constitution (as amended), Oyo-Ita maintained that “any advice I give to my boss, I don’t think that advice can come to the public domain, it’s purely for Mr. President’s personal consumption”.

“Madam, don’t deliberately mislead us with semantics here on this mater. When we see a spade, let’s call it a spade. If we see a shovel, we also know it, and let’s be real in responding to these issues because we know what we are talking about”.

While addressing the Committee, Jamila Shu’ara explained that she duly communicated her retirement notice to the Head of Civil Service and handed over the most senior Director in the Ministry at the expiration of her tenure.

“I sent a letter notifying the Head of Service of my retirement and and knowing that the response will not come immediately, I handed over to the most senior director and left.

“I was at home when I was later called and informed that I should come back to Abuja to resume work as the President had extended my stay in the service.”

She said as at the time the extension letter was written, her response letter accepting her retirement had not come.

While ruling, Mohammed directed the Head of Service to provide Jemila Shu’ara’s file and other relevant documents that will further clarify issues relating to the extension to the committee on or before Tuesday, 28th March 2017.