…urges supporters to be calm, refrain from retaliation 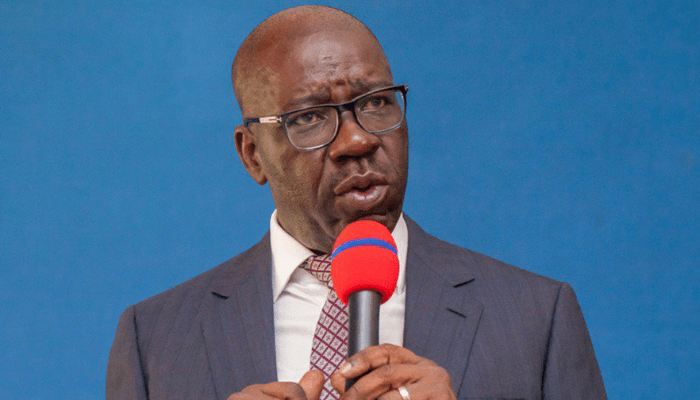 The Edo State Governor and candidate of the Peoples Democratic Party (PDP), Godwin Obaseki, has vowed to abide by the conditions of the peace pact reached the instance of the Oba of Benin, His Royal Majesty (HRM), Omo N’ Oba N’ Edo Uku Akpolokpolo, Oba Ewuare II.

Obaseki said his party, the PDP and its supporters are committed to ensuring a peaceful and violence-free electioneering process, noting, “We will continue to pursue peace, even in face of provocation.”

Addressing party faithful at wards 6, 7 and 8 in Ighodefeyi, Ikpoba-Okha Local Government Area of the state, Obaseki urged the supporters to refrain from retaliation no matter the level of provocation by the opposition party.

According to the governor, “The Oba of Benin called us to ensure a peaceful atmosphere for the election and we assured him that the PDP is a party of peace. We are peaceful people and are never the cause of any incidence of violence in the state.”

Assuring more developmental projects to improve the living standards of Edo people when reelected, Obaseki said: “We are in office to serve the people of Edo State. We will never again have a government that is controlled by a few for their selfish interests. Our government is one that is responsible for the people of the state.

“All we are doing now in Ikpoba-Okha Local Government Area will be completed soon and we will start other projects once we are reelected through your mandate on September 19, 2020.”

“The governor has done well and the people have acknowledged this fact. He has created jobs, built mini-stadia, roads, and other legacy projects, including the Edo Modular Refinery, to provide jobs for the youths of the state. Obaseki has identified the challenge in the power sector and is tackling it,” Orbih said.

“Obaseki has been able to manage the finances of Edo State far more than Oshiomhole. Out of frustration, he (Oshiomhole) now wants to push him (Obaseki) out of office. Oshiomhole has fallen out of favour with the APC and should not vent his frustration on Obaseki.

“Oshiomhole destroyed the water supply system in Edo State and stopped water from flowing into Edo People’s homes as he sold the pipes that were meant to be used to channel water to houses.