A popular saying goes thus: ‘When opportunity meets preparation, success is inevitable.’ This appears to have been the situation of Nigeria’s largest carrier, Air Peace, which had diligently prepared for opportunities that came its way sooner than it expected.

Air Peace had earlier set a domestic record as the first Nigerian airline to acquire and register the Boeing 777 aircraft in the country.

Three of the four wide-body aircraft it acquired for its long-haul operations to Dubai, Sharjah, Johannesburg, London, Houston, Guangzhou and Mumbai had so far been delivered. The airline had in 2019 commenced the Dubai route but was awaiting landing permits from other international countries before the compulsory lockdown, making it impossible for airlines to continue scheduled international operations.

Allen Onyema, the CEO of Air Peace had explained that these aircraft will serve international routes in due time.

The opportunity therefore came sooner than expected, when the rise in cases of COVID-19 made several foreign nationals in Nigeria request to be evacuated to their countries and Nigerians outside the country also requested to come back home. Air Peace was handy in making this a reality, all thanks to Onyema who made these aircraft available to carry out these evacuation flights.

Evacuation flights carried out by AirPeace

Lagos and Abuja airports were however opened to emergency and essential flights within the period. Since the shutdown, Air Peace has been able to carry out major evacuation flights to various countries.

AirPeace helped deliver the first batch of medical supplies in the fight against the spread of Coronavirus pandemic and for the treatment of those who are infected.

The airline also took delivery of the second batch of medical supplies and personnel from China.

Onyema said that the Air Peace was grateful to these three countries for the confidence they reposed on the airline, which in no small measure portrayed their support for the development of Nigerian airlines.

“Israel blazed the trail when it approved the evacuation of its citizens from Lagos and Abuja to Tel-Aviv, followed by China and India.

For the three countries to engage Air Peace to carry out the evacuation exercise speaks volumes about the level of confidence they have on the airline and its safety standards, which has been attested to by the International Air Transport Association (IATA) Operational Safety Audit (IOSA) certification of our airline.

“What the three countries have done will help in creating and sustaining jobs for Nigerians and by identifying with a Nigerian carrier at this time shows that they love our country and their support has challenged us to do more by improving on our achievements. Air Peace is grateful to the governments of these countries. Their support means a lot to us. It shows that they truly have the interest of Nigeria at heart,” Onyema said.

He also noted that this good gesture shown by Israel, China and India would not go unnoticed by the Nigerian public, which over the years have yearned for viable Nigerian carriers that could be flying them to different parts of the world, as it is known that Nigerians are great travellers.

With the few evacuation flights the airline was able to conduct during this period of lockdown, the airline was the only domestic airline still creating job opportunities for Nigerians in the aviation sector.

These jobs were created in Nigeria and for Nigerians while economic activities were on hold as a result of the lockdown.

Despite the capacity of Air Peace in carrying out these evacuations and huge job opportunities created in Nigeria, stakeholders have to wonder why the federal government has continued to use foreign airlines in carrying out evacuation flights.

Nogie Meggison, the executive chairman of AON, said that the onus still lies on the government to do the right thing by protecting its own carriers, as COVID-19 fears forced the government to bring back stranded Nigerians abroad.

The airline operators stated that almost on a daily basis, Emirates evacuates Nigerians from Dubai, revealing that the airlift is being negotiated and advertised by the Nigerian embassy in the United Arab Emirates (UAE), thus defying government’s directive that only Nigerian carriers should evacuate Nigerians as many other countries are doing.

He insisted that Nigerian airlines have the capacity to successfully execute such an exercise.

“We see these flights coming in everyday and we ask ourselves, why? Can you fly into Ghana or other countries if you don’t have landing permits? So we need to first put our house in order for things to work the way we want. I keep wondering why our airports are still not open for operations. Aviation is a major propeller of the economy. I keep wondering what is delaying the opening of our airspace,” Meggison said.

Also speaking on the issue, Sheri Kyari, a member of Aviation Round Table (ART), a think-tank group in the industry, said that the negation of government directive by a government agency shows lack of synergy in governance and also lack of respect for the central authority.

Kyari emphasised that such actions attract opprobrium to the country.

“This is giving us a very bad image in the international community that our airlines are not safe, which is not true. This is a very wrong impression. Secondly, it’s like a connivance against the country to make sure that economically, we are not standing; when what is supposed to be our own and people are ganging up to make sure that we don’t get it. It is a bad one.

“The issue of ‘you do me, I do you’ has come out to play, but we are weak in one particular area, which is alliances. This is one of those things that the mega carriers are using against us by denying us the facilities. Having said that, the major area is for the federal government to step in and put their feet down. Ensure that our carriers are protected,” Kyari said.

How FG can support Air Peace

As the aviation sector remains the worst hit as a result of this pandemic, experts have suggested some form of support or palliatives to help keep these airlines afloat.

Olumide Ohunayo, an aviation analyst, told BusinessDay that when the government strengthens the indigenous airline, from their strength, they begin to develop international capacity and from their performance, foreign airlines can easily partner with them to allow easy access to the international market.

“We must protect and ensure reciprocity in whatever we do concerning the routes they hope to operate on. We must remove every stumbling block. Air Peace has shown that it has that capacity, so all the government needs to do is to show some powers and support so that anyone seeing Air Peace will know that Air Peace is representing Nigeria.

“Air Peace on its own must expand ownership, management and incorporate Nigerians into the airline so that people will see it more like a Nigerian airline than an individual airline. People will support it when they see the airline as their own,” Ohunayo said. 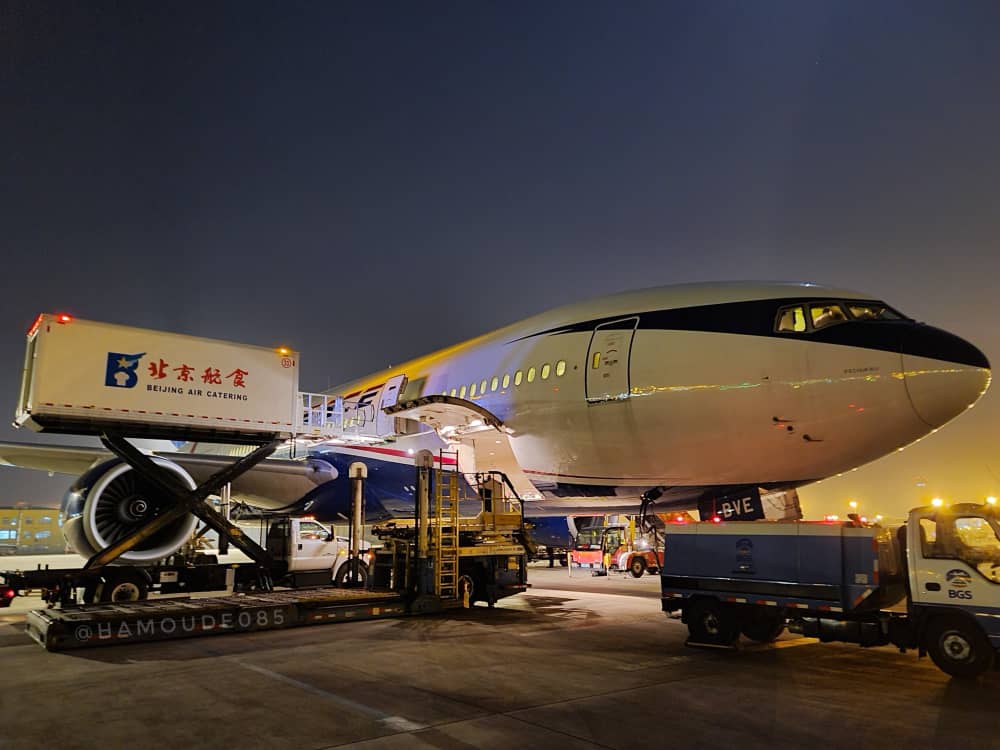 John Ojikutu, member of aviation industry think-tank group, Aviation Round Table (ART) and chief executive of Centurion Securities, commended Air Peace for its singular efforts of moving in the troubled weather of the Nigerian commercial aviation industry with very little support from everyone, not necessarily always from government.

In a bid to cushion the effect of COVID-19 pandemic, Seyi Adewale, the chief executive officer of Mainstream Cargo Limited suggested that government stimulus led packages and incentives must be given to limit the negative impact of this pandemic on the aviation subsector.

He stated that locally and in Nigeria, the government can consider expanding the definition of aircraft spare parts to include other important aircraft items such as brake ASSY, safety appliances, rafts, aircraft tires in order to enjoy 0 percent duty waivers.

Osoba and the intimations of mortality

Through all the changing scenes

Ikigai – The Japanese secret to success, happiness, and long life