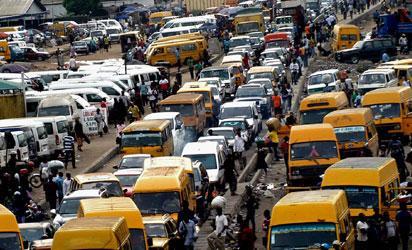 Hayes Emmanuel, an engineer who works at Ogudu and resides in Yaba, says he must leave the house on time in order to avoid spending more than two hours in traffic. And that he spends most of his useful time stuck in traffic.

“The worst part is that there won’t be a bus on rainy days, and when one does arrive, there will be heavy traffic and in the end, there’s little to nothing to blame for the jams on the roads,” Emmanuel said.

Samuel Olaniyan, a doctor who lives in Satellite Town and commutes to Festac, bemoaned the problems with traffic. He also pointed out that sometimes the traffic begins in the estate, with trucks parked all over, and that by the time he gets to the bus stop, there are crowds waiting for buses, fares have increased, and he ends up being late for work and exhausted.

“During rainy days, the roads are flooded, an extra hour to be spent in traffic,” Olaniyan said.

People have direct interaction with traffic, in other words, congestion and gridlock. People despise it and find it to be a significant obstacle to economic activities, especially in a place like Lagos.

Commercial activity increased as a result of the automobile boom, and as the population grew geometrically and the area became overpopulated, traffic congestion grew as well.

The relationship between traffic and the economy in Lagos, which is home to nearly 20 million people and has the sixth-largest economy in Africa, is more significant because it costs the city’s economy billions of naira every day.

Congestion causes people to be late for work or appointments, drains one’s energy before one is at their most productive, delays deliveries, and increases fuel consumption in cars. However, to some extent, congestion is a sign that many people have jobs to do or businesses to run, which is indisputably a good thing.

The 6.39 million employed in Lagos spend an average of 2.21 hours in traffic daily, losing the equivalent of N1,1180 per hour in wages or N17m daily, according to Danne Institute for Research. Long commutes between where Lagosians live and work cause unending traffic jams. Every day 8 million people move about in five million cars on a network of 9,204 roads between the mainland and island in Nigeria’s smallest state in terms of landmass.

Goddey Odin, a research analyst at SBM Intelligence said implications from traffic include missed appointments, higher transportation, reduced productivity, high levels of stress, car emissions’ increased environmental costs and accidents’ increased frequency and the effect on the environment is one of the less visible consequences.

According to a publication by Danne Institute for Research, Lagos roads are unable to cater for the volume of traffic, infrastructure is still inadequate and options such as water, and rail transport are underutilized.

“Lagos’ traffic has many commuters in a tangle of annoyance. I spent nearly five hours on one day following the same route. It is quite unpleasant and lowers workplace efficiency. The physical and mental health of workers is severely impacted by traffic congestion, which also causes noise and environmental pollution,” said Odin. “Lagos traffic congestion has a number of negative repercussions, some of which directly affect the drivers’ sense of well-being. Examples include wasted time spent in traffic lines and changes in driving behaviour,” Odin said.

According to the Danne report with 2.2km of road for every 1,000 inhabitants and total passenger traffic of 20 million daily, the provision of roads in Lagos is one of the lowest in West Africa.

“Inefficient transport infrastructure is the reason why Lagos is congested, markets fragmented and job opportunities disconnected, a multimodal transport system that can move people and products quickly and cheaply among a network of cities within a city can unlock the dividends of economic density,” it said.