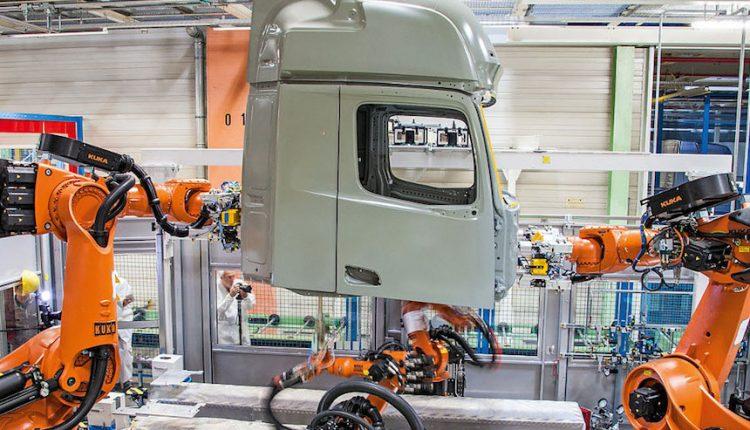 The NADDC boss who was reacting to the development welcomed the recent move by Ghana to ban all cars that are 10 years and above from the year of manufacture from importation into the country in order to encourage local automotive assembly in the West African country.

The country is seeking to become a car-manufacturing hub for West Africa, a region with more than 380 million people, more than half of that number of people are in Nigeria.

According to the NADDC boss, ‘That is an interesting development with Ghana that vehicles within a particular of manufacture will not be imported into the you are, but as you’re aware, we have gotten input from all relavant automotive stakeholders in Nigeria towards the review of the automotive policy, which when completed will be sent back to the National Assembly as an Executive Bill’’.

Aliyu Jelani said the excellent advantage Nigeria has over Ghana is that, the federal government already have automotive industry players that have invested over 1billion dollars in the sector and already assembling vehicles, while others such as VW of Germany, Cherry of China, GAZ of Russia are working towards serious investment in Nigeria.

He expressed optimism that the Federal Government is committed to developing the local automotive sector while still protecting the interests of the low, middle and average income citizens, taking into account their purchasing power.

One of the core objectives of developing of the automotive industry is to create thousands of direct and indirect jobs for Nigerians across the sector’s value chain, from jobs in the automotive and components plants, through sales and logistics and all the way to after sales service. The NADDC director-general stated.

Ghana’s import restrictions could cost the government as much as $143 million in customs revenue in the first three years after implementation, according to parliamentary documents. Used-car sellers offer more affordable deals in a country where auto loans are rare.

The law, signed by President Nana Akufo-Addo last April 30, also bans the importation of cars which have been involved in accidents, which dealers bring in and repair to provide even cheaper options to consumers.

The new law also provides import-duty rebates for companies that manufacture or assemble cars in Ghana, according to the act of parliament obtained by Bloomberg.

The embargo will take effect six months after the manufacturing or assembling of new vehicles in Ghana begins under a special government program meant to draw investment.

Industry followers in Nigeria are worried that the country has been foot dragging and wobbling since the past seven years to get the national automotive industrial development policy become a reality, but the entire process appear not to be working out as expected by make car ownership at affordable prices to the consumers possible and practicable.

Since assumption of office as the director-general of the NADDC, Aliyu Jelani said he has consulted widely with many original equipment manufacturers and auto component makers both within and outside Nigeria on possible ways to make auto manufacturing seamless and sustainable over a long period of time.

The federal government has been accused by many interests that instead of attracting global auto giants to set up local assembly plants with good incentives including legislation and sets of legal instruments, it has rather become a means to getting more revenues through increased duty on imported used vehicles.