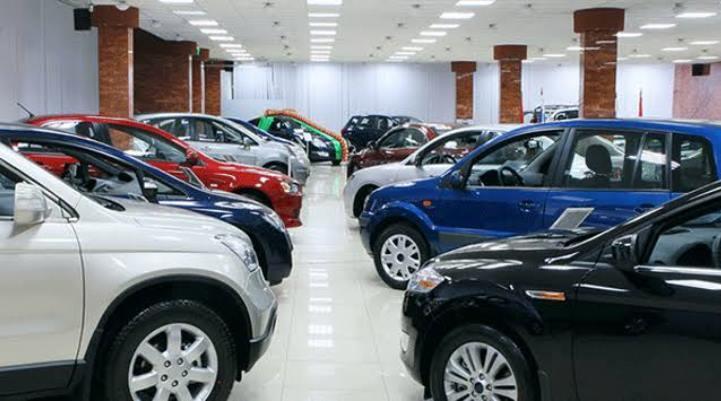 The 2021 award ceremony by the Nigeria Auto Journalists Association (NAJA) has seen Innoson vehicles, a local manufacturer, emerging winner alongside other brands such as Hyundai and Range Rover.

Innoson Vehicle Manufacturing Company Ltd (IVM) was awarded “Auto Manufacturer of The Year 2021 (Local Content),” at an event last week in Lagos, where organisers commended the Nnewi-based auto plant for its efforts in developing the industry especially by looking inwards and impacting positively on other downstream firms.

“We will not relent as a company till our country is known around the world due to our vehicles,” said Obum Osigwe, IVM’s general manager, Sales, who received the award on behalf of the company. “Innoson Vehicles typifies the spirit of an average Nigerian. We will keep striving and working hard to make Nigerians proud.”

Though Innoson Vehicle Manufacturing Company Ltd was officially commissioned by the then President Goodluck Jonathan in October, 2010, vehicle production had commenced about two years earlier with mini buses. Innoson has since added more products to the IVM line-up, including shuttle buses, bigger buses for mass transit, various pick-up truck models (some made for the security agencies), sedans, SUVs, ambulances, family vans, and refuse management vehicles.

At the ceremony, Hyundai Creta was also recognised as “Nigerian Car of the Year 2021”, for the second time in three years, ahead of Toyota Corolla and Kia Rio.

Launched into the Nigerian market for the first time in 2016, the compact SUV had earlier won the award in 2018. The 2021 NAJA event also featured the crowning of Nigeria’s first ever-Electric Car, the Hyundai Kona, as the Electric-Car-of-the-Year.

Gaurav Vashisht, head, Sales and Marketing at Hyundai Motors Nigeria, in a statement, commended the organizers for putting up the prestigious award and for finding the Hyundai Creta and Kona worthy of honours. Vashisht described the two award winning vehicles (Creta and Kona) as a testimony of Hyundai’s core vision of always developing high-quality vehicles.

Also recognised at the NAJA awards was the Range Rover Velar as “Luxury SUV of the Year 2021”. The Velar, which is currently on sale in Nigeria by Coscharis Motors, also recently won the 2021 Business Motoring Award for the Highly Commended Best Large SUV. These awards are a follow up to the 2018 Word Car Awards for the World Car Design of the Year.

The new Range Rover Velar, according to a press statement, fought off stiff competition from other brands nominated for the same category. It emerged winner due to its class leading technology, exhibiting novel features such as Pivi and Pivi Pro providing the latest in-car artificial intelligence such as self-learning navigation system for a fully connected journey; the deployable door handles which can retract when not in use, the split armrest and crafted materials throughout.

“For combining the off-road capabilities of a Range Rover and leading technology with the desirability of an electric vehicle, the Range Rover Velar just had to win it for us,” said Abiona Babarinde, group general manager, Marketing and Communications, Coscharis Motors.