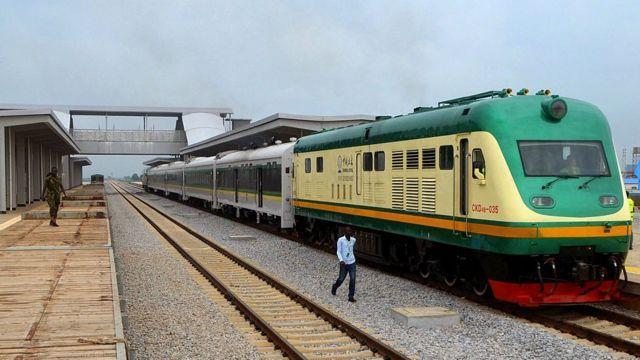 Four months after commercial services on the train route was suspended as a result of the Covid-19 pandemic, operations on the ever busy corridor are set to resume on Wednesday, July 29, 2020.

Rotimi Amaechi, Nigeria’s minister of transportation, told journalists during a test run of the newly delivered Diesel Multiple Units (DMUs) consisting of two locomotives and eight coaches, that the hike in fares was to ensure that physical distancing is maintained as well as cover the running cost of the operations.

According to the submission of the minister, “In a month, we get about N120million and if we run like this, we will realise about N60million. It then means that, we need another N60million to complement the running cost. What the president did to approve the new fare was to say, once you can get your running cost, it is okay.”

Reacting to questions on the affordability of the new fare especially by the low and middle income earners, the minister insisted that people using not poor and as a result can afford the fares. He said that a lot of people are of the opinion that the fares is notting compared to the risk of kidnappers on the road.

While admitting that, there was pressure on them to resume operations before the Sallah celebrations , he disclosed that the Nigerian Railway Corporation, (NRC) is increasing operations from the initial 8 operational service on both routes before the outbreak of Covid-19 to 14 commercial operations daily.

Providing an update on the Lagos-Ibadan rail project, Amaechi stated that the project is moving at a slow pace now. Due to the Covid-19 pandemic the Chinese contractors reduced the number of workers from 1000 to 10, and because of this, the big stations are not yet completed.

”The two things we can do is to either run skeletal services and be running 2 services; one going and one coming. That means, they will be using the double tracks, but they won’t be using the stations”.

”If they have to use the stations, nobody should complain that they are uncompleted stations. We will only do that if there is heavy pressure on traffic, if not they may have to wait till the stations are ready.” He said.

Rotimi Amaechi recalled that the federal government had targeted May this year and they were working towards it, but unfortunately Covid-19 came, so we told them to complete the small stations.

”’That is easy to complete because 10 persons can complete that station, but the biggest station in Ebutte Metta will need about 1000 workers on site and we don’t want to risk that because of spread of the virus.”