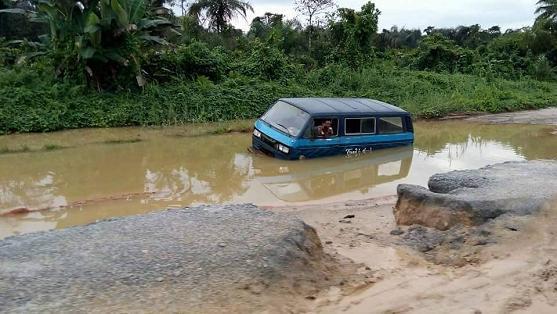 Against the background of the worsening state of the Calabar-Itu federal highway which links Akwa Ibom and Cross River states, a new route has been suggested that would cut the journey by one hour while reducing the distance by 50 kilometres.

The highway which was constructed in the 1970s has suffered neglect by subsequent administrations in the country despite the affected two states being closely linked with Cross River State attracting thousands of tourists during its annual Calabar carnival.

Ita Enang, Senior Special Assistant to President Muhammadu Buhari on Niger Delta was requited as saying that funding for the construction of the road was being sought from Sukuk bond adding that the provision made in the previous year’s budget was not enough to fund the highway project.

Mark Essien , a tourism expert and software developer said the the new route would allow the two states to maintain the road and it would be only 14 kilometre and would need two bridges of one kilometre and 500 metres.

“Instead of the roundabout road that goes through Itu, this road would reduce the distance between Uyo and Calabar to 50 kilometre and reduce the journey to one hour,’’ he said.

Using Google map, he showed how the two states could be linked saying the new road would connect Ibom Hotel and Golf Resorts in Uyo to Tinapa in Calabar thus opening up the resorts to a brand new set of people

He expressed dismay why the existing road had to pass through such a ‘convoluted existing route’ adding that he was not sure why the road was designed with a bridge at that particular spot.

Essien who is a startup inventor was however silent on the environmental impact of the new road on ‘sensitive receptors’ given that it would pass through the rain forest which is home to many endangered species including wildlife and plants.

‘Right now, we are looking at multilateral sources of funding the road. I am requesting for funding from the ministries, ‘’ he said.