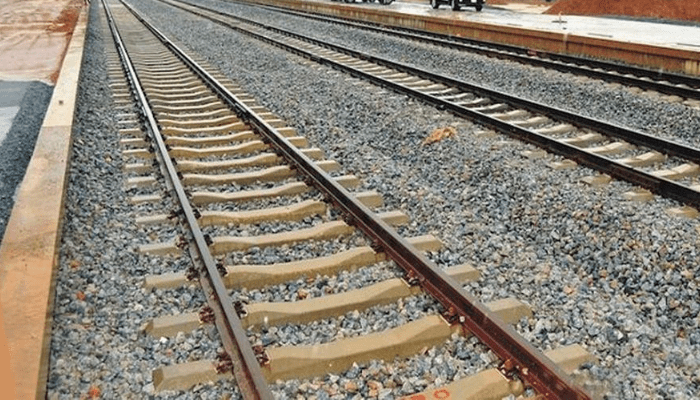 Nigeria could be heading to an economic revamp, boost in export with plans by government to link ports, industrial and mineral areas to rail lines.

Managing Director of Nigeria Railway Cooperation, NRC, Fidet Okhiria told BusinessDay of the federal Government plans to link all States Capital, Sea Ports, and mineral producing areas as well as industrial hubs in the country by rail to aid interconnectivity and industrial growth in the country.

“For now the plan is that every rail line constructed must end at the port,” Okhiria noted, adding that Lagos Ibadan rail line will lead to Yamaha port.

Okhiria who disclosed this in an exclusive chat said the new plan, a 25-year strategy that was initially developed and approved in 2001 but was not followed through.

“We are already thinking of how to connect Tincan port to rail and also to dry port in Kaduna, Aba and Ibadan, so that everybody doesn’t need to come to the port to get their goods,” Okhiria told BusinessDay.

This means that when the goods come, they are transferred to the rail which then moves them to those dry ports. “That is the program that the government has,” he stated, assuring government commitment to deliver on this.

According to him, “All states capital are to be linked by rail, and, also seaports mining areas and factories to aid industrial bases. This will certainly improve the productivity of the country.”

On the maintenance strategy of the rail, he disclosed that about 150 secondary school graduates have been sent to different training institutions in China to understudy their rail technology, as he further assured NRC’s professionalism and continuous maintenance culture in rail operations as they train and retrain in their local schools.

He also noted “a 3-year service agreement between the government and those constructing the rails. After the construction they will be with us, so that our people can be well guided and learn it properly.”

Commending government for the initiative, Adetokunbo, Kayode, President Abuja Chamber of Commerce and Industry, advised that the rail vision should be widened by creating industries around rail centers and maintaining a sustainable standard rail structure that would stand the test of time.

This is a good plan by the government. It requires a lot of will power and we should all support it,” he commended, however, noting the rail project as programme as capital expensive.

Bringing more insight on the matter, Kayode advised government to “Think big now, so that it doesn’t cost more in the future. People will pay and the cost will be recovered over time.

He also advised that the rail lines should be made a dual, standard gauge lines all over the country and not narrow gate templates that the British used and there should be intermodal connectivity.

He also harped on the need to develop industries around the rail centers, and according to him, “there is no point having a rail from Abuja to Kaduna and there are no warehouses, where goods can be loaded, no industrial farms processing Agricultural products, each of this station is a magnet for industries to evolve.”

“Rail line will Increase productivity as company and people will have confidence to invest because they will be sure movement is now made easy. When you increase production, you make more money, more employment opportunities and more people will be taken off the street,” he stressed, noting that it will ease movement of huge quantities of agriculture and mineral produce across the country, while cutting costs, and easing road traffic.

“The cost of moving Goods has been a major challenge, I think it’s a brilliant idea if they are able to push it through,” he noted.

Speaking on the significance of rails to Nigerian economy, said expanding and making it easier for people to export their produce will become more profitable as cost of transportation becomes more affordable.

“It will also reduce transit time, since we wouldn’t have to que in and out of Apapa. The while traffic and madness in Apapa will definitely reduce,” he said.

Esther Ajibola, Exporter of ginger and spice speaking with Businessday commended the government’s efforts saying that it will boost commercial activities among states thereby leading to increase in revenue.

Ajibola noted that the importance of infrastructure to businesses cannot be overemphasized as it aids free movement of goods and services among states.

His words: “This is a great move by the government, it will boost economic activities around the country, but the problem we always have with the government is ensuring effective implementation of plans like this.

“As this plans is ongoing, we also need to look into the issue of insecurity.

She said achieving most national goals depend on the availability of infrastructure, and that linking up the rail, seaports will enhance our ability to connect supply chains and efficiently move goods and services across borders.

She also noted that Infrastructure connects households across metropolitan areas to higher quality opportunities for employment, healthcare and education.