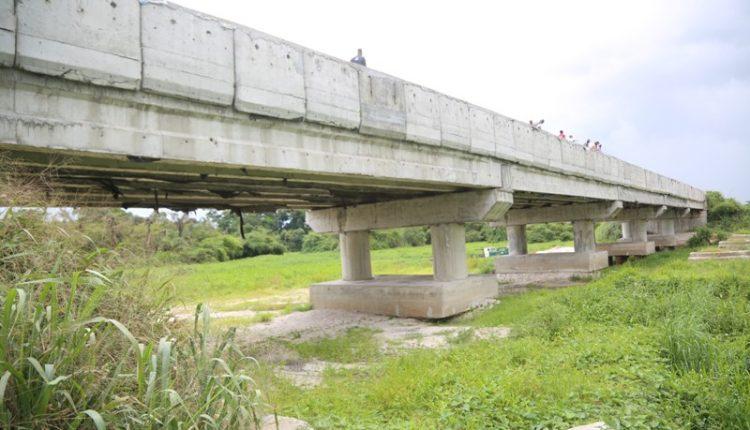 Economic activities in Ovwor-Olomu and Effurun-Otor communities in Ughelli South Local Government Area of Delta State received a boost as the state government completed the historic bridge linking both communities.

The project, whose contract was first awarded 39 years ago, was abandoned by previous administrations in the state until Gov. Ifeanyi Okowa came into office and awarded the project to Obakpor Engineering Construction Company Limited.

The bridge, which is 100 meters long with 20 meters span, has a height of 45 meters from the water level and three hundred meters asphalt road and side drains on both sides of the approach.

Inspecting the project on Wednesday, the Commissioner for Works, James Augoye, said that the project was a dream come true for the people of both communities, adding that it was another milestone in achieving the Stronger Delta vision of Okowa administration.

He said the project had opened up the economic landscape of both communities, and that investors were now free to invest in the area without hindrances.

He commended the contractor for his ingenuity in delivering the project, noting that the project was one of the success stories of indigenous engineering in the country.

“The successful completion of this project is one of the legacy projects of the Okowa administration and we are proud that it is one of the achievements of indigenous engineering in Nigeria.

“The bridge, which links both communities, was long abandoned by subsequent administrations since 1991 when it was first awarded by OMPADEC.

“The completion of this bridge opens up both communities for investment as you can see that economic activities have picked up tremendously,” Augoye stated.

Conducting the commissioner through the bridge, Chairman of Obakpor Engineering Construction Limited,  John Oguma, said that he felt fulfilled to have delivered the project.

“Let me say that I am the most fulfilled man today because of the completion of this legacy project.

“I call it a legacy project because my father is from Ovwor and my mother is from Effurun-Otor and this bridge which was first awarded in 1991 was abandoned by previous administrations.

“I must thank Governor Ifeanyi Okowa for the political will he muster to pull this project through. The people of both communities and their generations unborn will long remember him for this legacy project,” he stated.

He also inspected ongoing dualisation of Effurun-Sapele road, and commended the contractors for quality of work.

He urged them to increase their pace of work to meet completion timelines for the various projects.

Teenagers and the battles within