Apapa: Has the call-up system collapsed so soon? 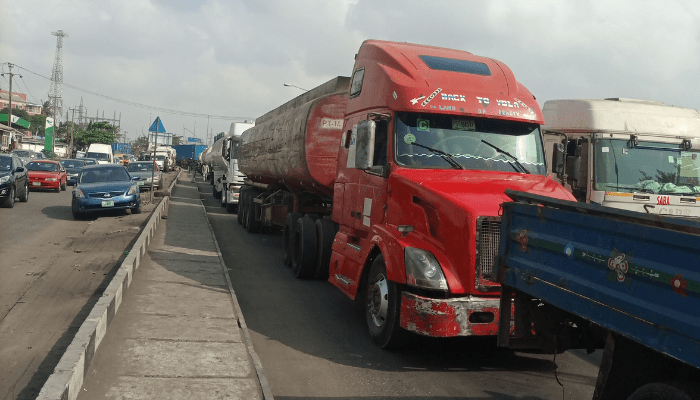 Just six days into the implementation of the much-hyped electronic call-up system introduced by the Nigeria Ports Authority (NPA), questions are rife as to whether the system has collapsed.

This is because contrary to expectations and warning by the Lagos State government and authorities of NPA that no trucks should be seen within the Apapa corridor unless on call-up, Ijora Bridge was on Friday morning blocked completely by trucks, forcing other road users to access Apapa through Marine Beach Bridge.

If the call-up system which recorded some level of success in the first three days of its commencement collapses, it means the party is over for Apapa as the gridlock will return with its bad driving experience, long hours in traffic and crippling impact on businesses and residents of the port city.

The situation was even worse on Oshodi-Apapa Expressway where it appears that the call-up system has not worked because the expressway has been on lockdown as fuel tankers and containerized vehicles park indiscriminately all the way from Second Rainbow to Sunrise/Beachland Estate junction.

Besides the expressway, all the surrounding neighbourhoods have been overrun by trucks, creating what is apparently a transfer of gridlock from Apapa to those areas. All available spaces in Amuwo Odofin, Okota, Ajegunle and the whole stretch of Lagos-Badagry Expressway from Mile 2 to Festac Third Gate have been taken over by trucks.

Police officers, officials of the Lagos State Traffic Management Authority (LASTMA), and NPA uniformed personnel who were all over the place in Apapa were confused and helpless as they watched the number of trucks surge uncontrollably.

“We came here this morning to see this. I am a field officer and so I don’t know what those at the top have done to cause what you see here,” a LASTMA officer who did not want his name mentioned responded to our correspondent’s question on what happened overnight.

An NPA uniformed personnel who was busy checking papers presented by some truck drivers told our correspondent that “it seems they are pushing too many trucks out from the parks at the same time and that is why the road is like that this morning”.

The experience on the road Friday morning confirms the fears of Lagosians, especially residents of Apapa who, though celebrated the three-day sanity the call-up system brought to their environment, said they were apprehensive of what would happen next.

While Bode Karunmi, a resident, spoke tongue-in-cheek about the sanity that the call-up system brought, Ayo Vaughan, another resident, noted that those who benefitted from the status quo ante would not be happy with the call-up system and so would be all out to scuttle its success. 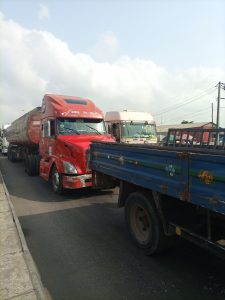 It was pretty difficult getting into Apapa on Friday morning. Many people had to walk long distances to get to their offices.

“I had to walk all the way from Surulere to Ijora. It was not funny at all,” said Mercy, who works in one of the offices in Polysonic Mall on Liverpool Road.

Lagos State Governor Babajide Sanwo Olu has been busy assuring Lagos residents that the government would do everything to ensure that the call-up system is enforced.

“We will name and shame them, we will bring out their names, be it a corporate organisation, company, police officer, Lagos State officer, be it a union, that will say that the solution that we have brought about will not work, they will go and answer to the citizens of Nigeria and Lagos. We will bring them to the public court for them to see that we are about seriousness,” he said.

On Saturday, February 27, the Eto App was launched by the NPA for the purpose of controlling movement of trucks. This electronic call-up system is being enforced by the newly created Lagos special task team headed by Oluwatoyin Fayinka, special adviser to Governor Sanwo-Olu on transportation.

It remains to be seen what the special task team is doing to enforce the call-up system that initially proved to be effective in controlling movement of trucks.