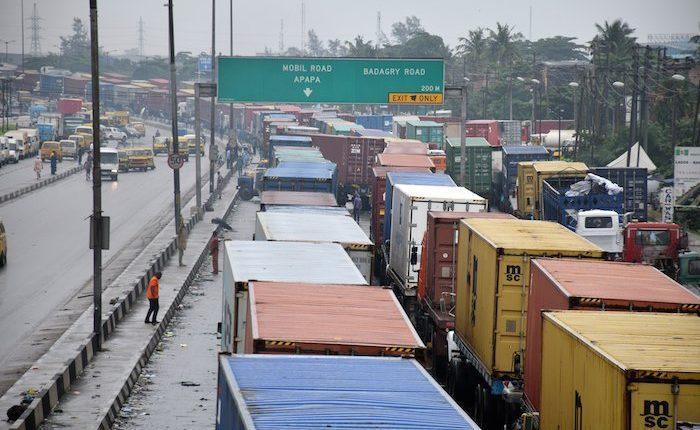 Business activities in and out of Apapa seaport and its environs may worsen once again as resurgence of long queue of trailers may take another dimension following the scheduled shutdown of movement of containers out of the port on the narrow gauge by the Nigerian Railway Corporation, (NRC).

The scheduled suspension of haulage activities is to pave way for resumption of tracks laying on the ongoing standard gauge rail project being executed by the Chinese Civil Engineering & Construction Corporation (CCECC).

Recall that, during the last inspection tour of the project by Rotimi Amaechi, Nigeria’s minister of transportation and accompanied by Lai Mohammed, the information minister, the CCECC project managers disclosed that, there are plans to shutdown the narrow gauge line from September 15 to November 14, 2020 in readiness for resumption of project works from the Ebute Metta Junction (EBJ) to link Apapa seaport.

Confirming the development to BusinessDay on telephone chat last Monday, Fidet Okhiria, managing director of Nigeria Railway Corporation said that necessary paper works and further talks are ongoing between the NRC and the CCECC to tidy up losed ends to ensure hitch-free resumption of operations along the corridor by the project team.

Recall that work on the EBJ standard gauge rail line extension to Apapa which was an addendum to the $1.5 billion Lagos-Ibada standard gauge was suspended last April following the outbreak of the coronavirus pandemic in March this year.

Hassan Bello, executive secretary, Nigeria Shipper Council (NSC) said last week in Abuja that if not for COVID-19 ravaging the global economy, the rail to port standard gauge project which would have facilitated movement of containers out of Apapa port and reduce the perenial traffic gridlock within the port corridor would have been completed.

According the NSC boss, ‘’If not for COVID-19, we will not be having gridlock; we would have connected the rail to the ports. The CCECC would have linked not just Apapa, but Tin Can with rail’’.

Maritime industry follwers say, connection of rail access corridor into the Apapa seaport is significant and crucial to the movement of containerised goods, because for every trip the wagon makes, 38 trailers carrying either 40 pieces of 20 feet containers or 20 pieces of 40 feet containers are out of the port; and this will have the potentialof easing off container traffic by road dependingon the frequency.

Last April, NSC reactivated evacuation of cargoes from Nigeria’s largest container terminal, APM Terminals in Apapa port by rail. The move was the end result of a meeting brokered between APM Terminals and the NRC where a standards operational procedure (SOP) was agreed upon between the two parties.

The meeting was part of an effort to enhance operational efficiency and to encourage multimodal approach to cargo evacuation especially during the peak period of the Covid-19 crisis.

Towards a safe and accessible COVID-19 vaccine programme in Nigeria