Why the CBN wants to get into digital currencies 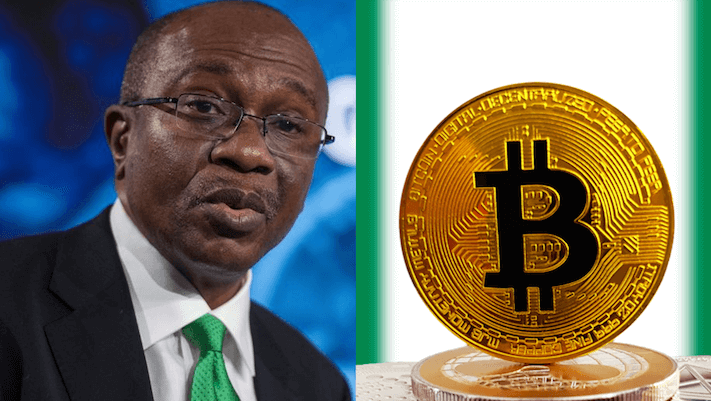 Intense interest in cryptocurrencies, such as the bitcoin, as well as the Covid-19 pandemic has sparked debate among Central Banks globally on whether they should issue digital currencies of their own.

The Central Bank of Nigeria (CBN) on Thursday said its digital currency may be launched by the end of 2021. Rakiya Mohammed, an information technology specialist with CBN, made the disclosure at an online news briefing at the end of the Bankers Committee meeting.

According to her, the apex bank has for over two years been exploring the technology and has made tremendous progress. “Before the end of the year, the Central Bank will be making special announcements and possibly launching a pilot scheme in order to be able to provide this kind of currency to the populace,” she said.

Mohammed said when eventually operational, the currency would complement cash notes. According to Muhammed, another reason the apex bank plans to come up with digital currency is to make remittances travel easier from abroad to Nigeria.

Many governments including the UK, Sweden, Hong Kong, Australia and the US are all exploring various ways digital currency could work. The European Central Bank is working with the European commission in experiments to consider the benefits of a digital Euro. It will decide whether to launch the digital Euro in Mid-2021.

Sweden, which has one of the lowest usage rates of cash, launched a pilot programme for its digital currency known as e-Krona in 2019. And in Hong Kong, an experiment using digital currency to settle cross-border transactions between Thailand is being expanded.

Mohammed stated that “In terms of human and institutional engagements, Nigeria is certainly behind the scale and the scope of what China, Singapore, Europe and other individual nations are doing.  It’s however not about doing it first, but rather doing it right.”

How would it work? Central bank digital currencies would operate just like the money you see when you check your bank accounts online.

The ‘digital Naira’ would be issued by the Central Bank of Nigeria and held directly in citizens’ digital wallet. Instead of printing physical money, the CBN would use electronic coins or notes. The digital wallet would be accessible through smartphones.

The government/ monetary authorities could also decide whether they want citizens’ to create direct accounts with the CBN or operate the digital currency through Deposit Money Banks (DMBs) or commercial banks.

Yana Afanasieva, the founder and CEO of competitive compliance stated that “It is my understanding that many governments in Europe and also in Canada, have considered the first option which is to have a direct relationship with their citizens because they experienced this need during Covid to distribute funds to citizens but they could not reach them as a result of the unavailability of their details.”

China’s digital Yuan is not based on blockchain (the digital ledger technology underpinning cryptocurrencies such as Bitcoin). Blockchain is a permanent record of transactions linked in order or a chain to act as a timeline or ledger, and in Bitcoin’s case, it’s purposely de-centralized.

CBDCs can be block-chain based or not, depending on the design. China’s digital Yuan works very similarly to its existing commercial digital payments like Alibaba-pay or WeChat pay. Users download digital wallets on their phones where they can store their funds. This generates a QR code that can be scanned by payment terminals and shops to pay for things like food and retail items.

What are the benefits of CBDCs? One benefit CBDCs could provide is lowering the cost of cross-border payments. It’s currently still 10 percent or more on the average to send money from one country to another because of our antiquated corresponding banking system and the inefficiencies in our payment system. This particularly really hits people on the economic margins who probably work overseas and are trying to send money to their relatives across borders.

CBDCs can also promote financial inclusion, similar to the success of M-Pesa, Kenya’s mobile payment service. Still, there’s debate on how it would play out. For example, are we going to be required to produce an ID or proof of address to use CBDCs, considering that isn’t currently required to receive cash payments today.

What are the risks? There are lots of risks associated with CBDCs. For instance, if we solely depend on CBDCs and there is suddenly a massive power outage or a hack, it could jeopardize the entire system. Thus, being fully digitized has its downside. As a result, most central banks’ say that it’s likely that CBDCs (when implemented) will co-exist with other forms of currencies.

There’s another big concern which lies in the fact that a central bank-issued digital currency could cause a bank-run during economic instability. CBDCs give people another place to store money. These kinds of digital currencies would be considered extremely safe assets, after all, they are being held with the Central Bank of Nigeria which would not be going out of business any time soon. In times of economic uncertainty, people may be more likely to pull their funds from commercial banks and quickly stock-pile the safe digital currencies stored at the CBN and this could make the financial crisis more unstable.

Privacy may also become a huge issue, depending on how the digital currency is designed. There is a danger that the CBN may end up creating a central ‘honey-pot of data. So, caution should be advised as payment data is really sensitive and gathering it in one place is really dangerous and they need to think about how that data would be protected and whether/not that data collection is necessary.

This is going to be the year in which the CBN will engage with the public actively. We have a functioning financial system and banking system. However, all that is required is a careful design of the digital Naira such that the monetary authorities/government don’t create something that will undermine this very healthy market-based function.

The CBN is thus looking into creating a digital currency that will help promote the cashless policy of the apex bank, although the high illiteracy level of the nation could pose a hindrance to the mass adoption of CBDC in the country. The apex bank should also be ready to undergo awareness programs to ensure that the CBDC can function for all classes of Nigerians.

What to expect from Binance digital city in Nigeria

Crypto University announces registration for “DeFi for The People Hackathon”