USSD in Nigeria: From communication code to payment platform 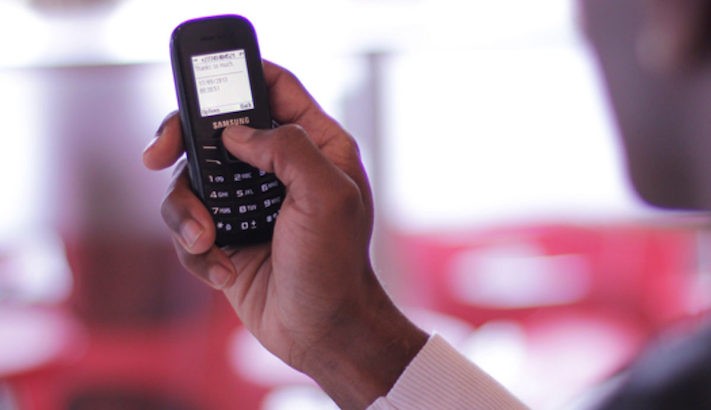 Before 2018, Eze Nwamadi, a 42-year-old spare-parts trader at Oyingbo market, in Lagos would make two or three dashes to the bank or join a queue to a close ATM terminal to withdraw money to buy supplies. But since his cousin taught him how to use his bank’s USSD code, his visit has become less frequent.

Being an MTN subscriber, he was one of those left very frustrated when banks denied access to non-core banking USSD for millions of subscribers on the telcos network.

The recent tension between banks and Africa’s largest telecom operator, MTN is beyond disagreement over a mere downward review of the amount the telco pays as a commission to the financial institutions for using their USSD channels.

It speaks more about how a technology that allows phones to speak with base stations is writing the history of banking in Nigeria.

The Unstructured Supplementary System Data, also known as USSD has become the single most important channel carrying the hope of achieving 80 percent financial inclusion. This is why everyone, including telecom operators that provide the infrastructure, wants in on it.

USSD from the early days

The origin of USSD goes back to 1997 with the release of the document on Digital cellular telecommunications system; Unstructured Supplementary Service Data’ by the European Telecommunications Standards Institute.

The document called the GSM 02.90, describes the protocol designed for technical communications between a mobile network operator’s computers and the subscribers’ mobile devices.

Operators in the mobile industry had discovered early the need for a protocol to facilitate easy machine-to-machine communications to perform tasks that would need the device to query the network.

“Thus USSD was born to supplement (it’s in the name) existing GSM standards that were more focused on person-to-person communications,” Wiza Jalakasi, Vice President at Chipper Cash wrote in a post.

As many experts have come to note, Jalakasi makes the point that the designers of the USSD standard may not have envisioned a scenario that would have the protocol being used for applications outside of the internet operator network.

USSD and banking in Nigeria

eTranzact claims it was the first company to introduce the technology to a Nigerian bank, GTBank which led to the *737#.

In an interview with BusinessDay, Niyi Toluwalope, managing director and CEO of eTranzact, said the advent of USSD in banking criss-crosses with the advent of the SMS as a banking product in 2003.

Then, Nigerians were heavily cash-dependent: cash is still the dominant means of payment in Nigeria, although electronic channels are starting to catch up. The growth of SMS banking was aided by the growing adoption of mobile phones. With the surge in adoption there was the conviction that if Nigeria wanted to move transactions to digital, mobile was the best way to achieve it.

USSD kicked off as a ubiquitous banking channel with GTBank’s *737# in 2012 which coincided with the launch of Nigeria’s cashless policy by the CBN.

Why banks and telcos can’t agree

The control of the mobile banking market is at the heart of the tension between commercial banks and telecom operators.

Banks have always been the primary stakeholders in the financial services sector. But the mobile economy appears to be challenging this status quo. The advent of financial technology firms is basically due to lapses in banking services which traditional banks were not quick or lacked the capacity to address and by creating technology-based solutions these startups are creating a niche in a market once out of reach.

Following in the footsteps of fintech companies are telecom operators who believe that since they own the infrastructure and millions of subscribers they are able to reach the speed of lightning, they are better positioned to provide financial services to consumers whom banks and fintech firms are unable to reach. They have already proven this in countries like Kenya, Uganda, Ivory Coast, and Ghana to mention a few.

In Nigeria, however, experts say banks are afraid of what telcos’ involvement portends for competition in the financial services industry.

For the ongoing disagreement, a source close to the matter says it is more of a tit-for-tat to banks for opposing MTN’s efforts to get a Payment Service Bank (PSB) licence from the Central Bank of Nigeria (CBN).

The telco had applied since 2018 for a PSB licence to enable it to carry out mobile money operations in Nigeria. Nearly three years later, it only has a Super Agent licence, which allows it to simply deploy mobile money agents without offering its own core financial services.

The CBN has since issued three PSB licences, two of which went to Globacom and 9Mobile. MTN, as well as many experts, believe the South African telco and Airtel were deliberately bypassed by the apex bank given that they already have extensive mobile money footprints across Africa and would have deployed quickly in Nigeria.

The big banks have not made a secret of their opposition to MTN becoming a financial service provider. During the 2018 Social Media Week, Segun Agbaje, CEO of GTBank had said the market would be better served if telcos stayed focused on providing quality internet to consumers rather than vying for a chair on the table of financial services.

“(There’s) lots of tension among big banks over MTN becoming a PSB; because MTN can become the biggest bank,” the source said.

Banks are wary of the size of MTN, plus the scale and ubiquity of USSD as a payment platform. MTN is already the second-largest mobile money operator in Africa behind Safaricom.

Earlier in the year, MTN sealed a partnership with Mastercard allowing millions of MTN customers in 16 countries across Africa to pay on global online platforms with a Mastercard virtual payment solution linked to MTN MoMo wallet. Experts said that MTN would likely overtake Safaricom to become the largest financial institution in Africa if it gets the Payment Service Bank (PSB) licence it has been pursuing in Nigeria.

The USSD service commission may have provided the telco the biggest opening to negotiating its position with the banks. The USSD is a signalling layer that allows messages between base stations and phones.

Banks and telcos see USSD differently. For banks, the USSD allows them to provide banking services through the use of USSD codes. Given that the USSD technology does not require the internet to function, banks can reach millions of customers just by asking them to dial a code.

The meeting by MTN is likely to be a turning point in the relationship between banks and telecom operators.

Although MTN would lose more subscribers should there not be a resolution given that USSD is the biggest source of airtime recharge, but the banks also know they need the telco given that it owns about 85 percent of SIM cards activated for USSD services. Hence, should it decide to tamper with banks’ access to the channel, there could be some serious revenue implications.