There is no timeline to roll out PSB – CBN 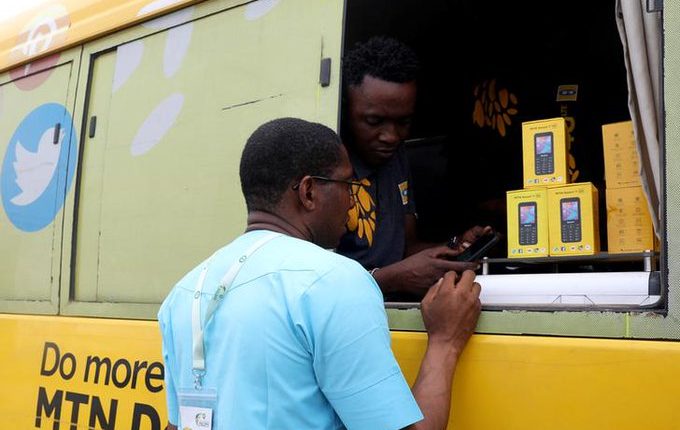 While the Central Bank of Nigeria (CBN) has confirmed that the registration of Payment Service Bank (PSBs) is currently ongoing, the regulator also revealed that it has no timeline to roll out the Telco-led financial inclusion model.

According to the apex bank, PSB licence like any other involves a lot of processes.

A PSB license will allow companies operating outside Nigeria’s financial services industry to among other things; maintain savings accounts and accept deposits from individuals and small businesses, which is covered by the deposit insurance scheme; carry out payments and remittance (including cross-border personal remittance) services through various channels within Nigeria; issue debit and prepaid cards, and operate an electronic purse or wallet.

Telecommunication operators’ push to offer mobile money service, a financial inclusion model that has catalyzed higher inclusion rates in other African countries was recently given an official nod by the regulator, the Central Bank with the issuance of guidelines for players to apply for the licence to operate as payment service bank.

“The roll-out of Payment Service Banks guidelines that allows licensing of telco subsidiaries is welcome and should be implemented,” International Monetary Fund (IMF) said in April 2019.

But about a year and six months after the Central Bank loosened its policy to accommodate new players in Nigeria’s financial services industry; the direction of the mobile money initiative remains unclear.

Since October 2018 when the apex bank requested that industry players should apply for the licence to operate as a Payment Service Bank, only three firms; Hope PSB a subsidiary of Unified Payment, Globacom’s Money Master and 9Mobile’s 9PSB have been issued Approval-in-Principle (AIP).

“We are on it. We have given out some approval in process, licensing is a process,” Ahmad said adding that “there is a role the regulator, the licenser has to play and there is also the part the people that are seeking license will have deliver.”

In the last decades, Nigeria only allowed banks and licensed financial institutions to provide financial services in the country which has one of the highest exclusion rates in Africa.

Although telecom operators and other Fintech companies indicated interests to operate in the market, the CBN policy would not allow them. The regulator eventually shifted because of the increasing rate of financially excluded people in Nigeria and the lack of progress in getting banks to provide financial services to people living in areas that lack access.

According to London based Group Special Mobile Association (GSMA), “from a regulatory perspective, one basic requirement for mobile money to succeed is to create an open and level playing field that includes non-bank mobile money providers such as Mobile Network Operators (MNOs).

Telco-led financial inclusion model in African countries has led to tremendous progress in the number of people that have been given access to financial services. The Telecommunication companies leverage on their already existing large customer base to make it seamless to give access.

While Nigeria with a lot more population numbers has mobile money service penetration at 1 percent owing to its bank-led financial inclusion model Kenya has about 60 percent, and Ghana has about 40 percent.

Ghana’s decision to have a Telco-led model resulted in a 73 percent increase in registered mobile money customers in just one year, according to World Bank data, and has helped lift financial inclusion rates in the country to 58 percent in 2017 from 41 percent in 2014.

This was not different for Ivory Coast who has experienced a mobile money revolution. As a result, there are now more adults with mobile money accounts of 24.3 percent than with bank accounts of 15 percent.

Ivory Coast has the fifth-highest rate of mobile money accounts in the world behind Kenya (58 percent), Somalia (37 percent), Uganda (35 percent), and Tanzania (32 percent), according to Brookings Institute, a Washington-based nonprofit public policy organization.

The 2018 data by EFInA put Nigeria’s financial inclusion rate at 63.2percent, meaning that as much 36.8 percent or about 40 million adults still lack access.

The central bank, however, has a target to ensure it gives access to 80 percent of Nigerian adult population by the end of 2020.

If the apex bank is to achieve its objective through the strategy launched seven years ago, it would have to bridge the 16.8 percent inclusion gap before year-end.

The CBN had in a circular on July 2018, lamented that Nigeria was not meeting any of the financial inclusion targets agreed and contained in the 2012 Financial Inclusion Strategy.

“To achieve financial inclusion target that the CBN’s inclusion strategy has set up at 80 percent rate by 2020, technology has to play a significant role. What I see technology doing in terms of Nigeria’s financial inclusion is actually to democratize access, that is the first thing it does,” Wole Adeniyi, executive director at personal & business banking, Stanbic IBTC Bank said.