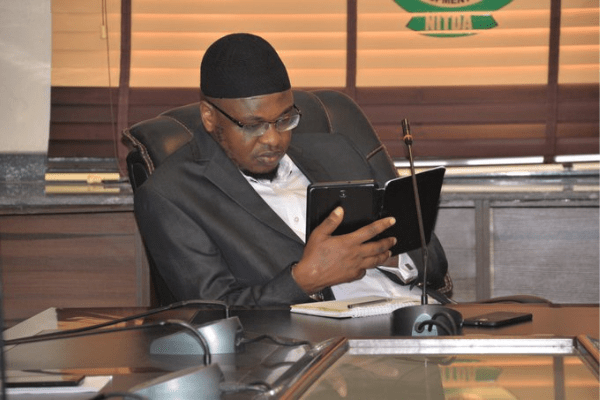 Many say that Nigeria’s ICT ministry is off to a good start under the new minister Isa Alli Pantami, following the change of name to the Ministry of Communication and Digital Economy on October 23, 2019.

But the minister who was sworn in since August 21, is yet to release his plan showing how he intends to achieve the digital economy. In a Twitter response to a follower, Pantami said he has developed a draft “National Digital Economy Policy/Strategy,” but in the meantime, the minister is issuing deadlines to the regulator and operators to get them to solve the many problems in the ministry, a move many do not see as collaborative.

Moreover, there are still no concrete steps being taken to get the participation of the states’ ministries overseeing ICT and little in terms of grassroots mobilization to champion the digital revolution.

This reporter recently brought this to the notice of a senior official in the National Information Technology Development Agency (NITDA), the agency in charge of driving the development activities of the ministry across the country, and he confirmed that while there is yet to be a strategy to compel states to own the digital drive, the gap between states and the ICT ministry at the federal level have widened.

“Changing the name to the Federal Ministry of Communications and Digital Economy rather signposts the priorities of the Minister; not mere whitewashing over meaningful transformation,” said an executive in one of the telecommunications companies who pleaded anonymity to speak freely.

“Broadband infrastructure is still at abysmal levels with persistent RoW (Right of Way) issues; digital Literacy is non-existent; a significant number of Nigeria’s technology talents have emigrated, while local content is sorely lacking in infrastructure projects; most Government agencies are still offline, and the ICT Masterplan has not been executed but a new name suddenly ushers us into a digital economy.”

Findings from BusinessDay show that over 95 percent of states’ ministries in charge of ICT have no digital blueprints, even as nearly 98 percent have no online presence. Lagos State, one of the very few states with a website, updated the website for the first and last time in 2019 in August when they announced the appointment of the commissioner of the Ministry of Science and Technology which oversees the ICT directorate in the state.

“Ask the states what they are doing about NITDEF?” said the NITDA official who will not be named.

National Information Technology Development Fund (NITDEF) was established by the NITDA Act of 2007 as a levy of one percent before tax collected from companies and enterprises with an annual turnover of N100 million and above. It is deducted directly as tax from the companies accounts by the Federal Inland Revenue Service (FIRS).

Although the Act empowers the director-general of NITDA to keep proper records of the accounts, sources, and use of the monies and assets of the Fund and render account to the board, from time to time, the management of the fund has yet to show up in the public space.

Efforts by this reporter to get NITDA to show how the fund been managed so fat has met with silence. The only known activity in which the fund is put to some use is the annual NITDA Fund Scholarship.

The scholarship is open for Masters and Doctoral degrees in relevant areas of Information Technology (IT) and ICT Law obtainable in Nigerian (Government and Private) Universities. The award selected only 49 candidates in the 2018/2019 edition.

But in several of its periodic reports, the FIRS has shown that NITDEF is a recipient of billions of contributions.

So what does the ministry do with the remaining funds after funding scholarships for not more than 50 students?

The NITDA official who spoke to BusinessDay said naturally states should be able to have access to the fund but the directorates of ICT in nearly all the 36 states have put up different roadblocks in their bid to enrich themselves from the proceeds of the fund.

“Did you know we had to bribe a director of ICT in one of the states to give him money from NITDEF to execute an ICT project in his state,” the senior official said. “That’s how bad it is.”

But telecom operators say NITDA and the NCC have not lived up to expectations in terms of efficient engagement of stakeholders in the sector, which underscores why issues such as Right of Way persist. Besides, despite being barely three months as the Minister of ICT, Isa Alli Pantami is not a newcomer to the ministry having spent nearly four years as the director-general of NITDA during the first term of President Muhammadu Buhari. Thus, one would have expected a more robust strategy and an intentional approach to engaging stakeholders in the sector.

Being an entrepreneur is a service not a slogan

If Lagos should RUN…and our ministers and the truth!

US tech executives rake in billions amid COVID-19 as they…