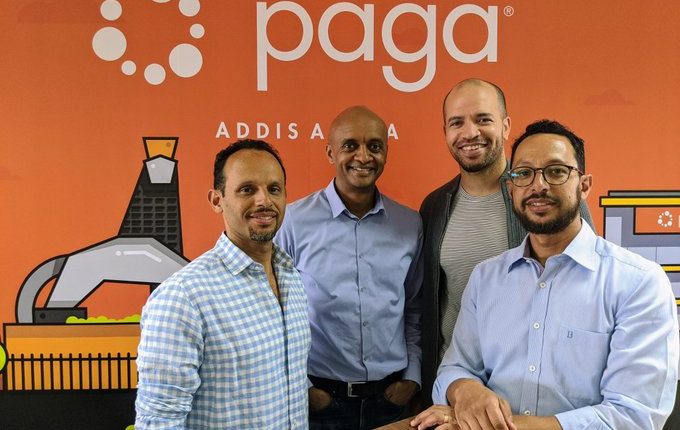 Nigerian fintech company, Paga said it has completed the acquisition of Apposit, a San Francisco-based company that specialises in building software for businesses in Africa, for an undisclosed sum.

Coming from a year in which Nigerian tech startups commanded the most investment activities on the African continent, Paga’s latest move – added to the new $35 million funding round raised by Flutterwave – may signal another record year for Nigerian-based startups.

The acquisition of Apposit also means Paga now has a presence in Ethiopia where the former is based. Ethiopia, with a population of 105 million people, is said to have similar cash and payment problems like Nigeria.

“Last year we refined our mission and vision to birth our massive transformative purpose: To make it simple for one billion people to access and use money,” said Tayo Oviosu, founder and CEO of Paga. “Apposit has demonstrated strong alignment with our purpose and they have some of the very best engineers I have been privileged to work with, in over two decades in technology in Silicon Valley and elsewhere. I am very excited to have Apposit join the Paga team.”

Paga’s relationship with Apposit goes back to 2009 when the software company began to provide engineering support to Paga, led by Eric Chijioke, who is also Paga’s Chief Technology Officer.

Chijioke will retain his position as CTO responsible for product development, whereas Adam Abate, co-founder and CEO of Apposit assume the new role of CEO of Paga Ethiopiam with Gideon Abate as the head of Product Innovation.

Apposit’s other in-house technology products, Terra and Tangio will also come under the Paga brand while the 62 team members of Apposit will join the rest of Paga organisation bringing the total staff strength to over 530 people

In line with its announcement of exploring new economies in 2018 when it raised $10 million funding, Paga will also be seeking new opportunities in Mexico, adding to its other global locations – Lagos Addis and London.

“We are excited to join forces with Paga at a time where Ethiopia embarks in earnest on its digital transformation,” said Adam Abate, Co-founder and CEO of Apposit “As one company we will solve the use of cash and bring access to finance to millions of people in Ethiopia and beyond. Our companies are strongly aligned in terms of values, culture, and purpose, and leveraging Paga’s vast experience and robust payments platform will position us for success. We also look forward to strengthening Paga’s product team and continuing to build technology that will be used globally.”