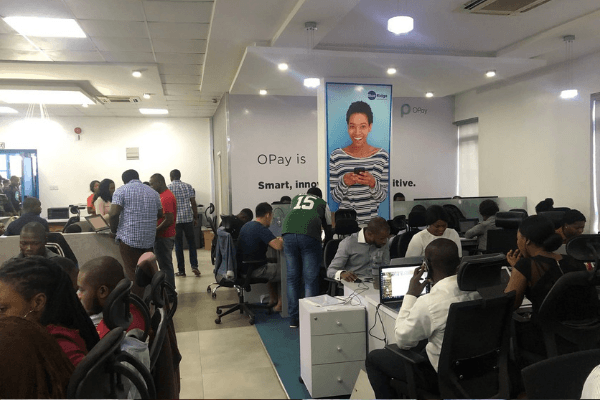 For many years, Chinese businesses have paid scant attention to the growing attraction of foreign venture capital firms to Nigeria’s tech scene, instead choosing to focus on infrastructure and manufacturing sectors’ financing. However, with OPay, a firm founded by Norwegian browser, Opera, securing $50 million in funding on Wednesday, the time of playing on the fringes could finally be a thing of the past.

Although four companies participated in the funding round, three of them were core Chinese owned companies; Sequoia Capital China, Source Code Capital, and Opera which was acquired in 2016 by investors from China for $600 million.

The only outsider in the round is IDG Capital, a venture capital firm that was founded in Boston, with strong Chinese investment sentiments. It should be noted that IDG was the first global investment company to enter China in the 1990s and an early investor of Baidu, Tencent, Xiaomi, Meituan and Qihoo 360. By 2017, IDG and China Oceania Holdings Group teamed up to buy International Data Group (IDG) and its subsidiaries International Data Corporation (IDC), IDG Communications, and IDG Ventures.

To be fair, Chinese companies have always invested in the development of technology in Nigeria and other African countries. Transsion, the parent company of dominant mobile and smartphone brands like Tecno, Infinix and Itel, has always had its big investments cap on the continent. Technology giants such as Huawei, Ant Financials and other Chinese investors have at various times given grants to African startups. Nevertheless, they have largely stayed away from participating in the equity side of investments in tech startups.

The OPay funding is not only the biggest funding raised by any Nigerian focused tech startup in 2019; it is also the first time Chinese VCs have pulled their weight in any tech company in Nigeria.

The OPay mobile payment service was launched in August 2018 and has become an infrastructure on which new services like ORide, its motorcycle ridehailing service, and OFood, its food delivery unit, is riding on.

Barely one year after it was launched, OPay have added over 40,000 active agents and saw daily transaction volumes in excess of $5 million arguably making it the largest mobile transaction provider in Nigeria.

Much of the $50 million funding will go into expanding the company’s payment business in Nigeria as well as support its platforms; ORide and OFood.

“By incubating OPay and supporting the company through its rapid acceleration, Opera has also demonstrated its ability to leverage its brand and consumer reach to create attractive, fast-growing businesses on the African continent,” Yahui Zhou, chairman and CEO of Opera Limited said in a statement.

OPay’s funding is sure to put competitions in the various verticals where the company plays on high alert. It would be recalled that Gokada and Max.ng both ORide’s competitors in motorcycle ridehailing have recently secured new investments with which they are using to map out their expansion strategies. Gokada and Max.ng both launched in new cities across Nigeria and have also added new services as well as increased the number of motorcycles in their fleets. Should significant portion of the $50 million funding go to ORide, the unit will be no match for the competitors.

In mobile payments, OPay will be looking to dislodge the likes of Paga and taking on more cities beyond Nigeria. The most important development for the funding will be gingering more Chinese VCs to vie for a share of Nigeria and Africa’s tech scene.