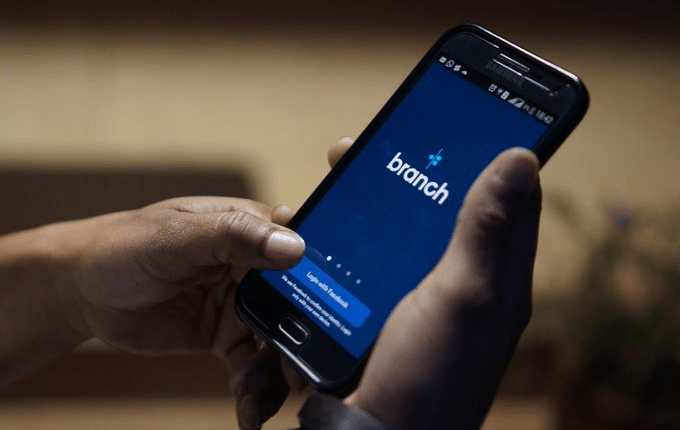 The continued spread of the coronavirus which is driving a national economic meltdown in Nigeria and around the world is likely to push many online lending customers to default on their loans.

As of Friday, the number of people affected by the virus globally climbed to 250,625 those who have died from the disease were at 10,256 and people who recovered from treatment were at 89,048, data from Worldometers showed.

The crisis has forced the price of crude oil to drop to record levels. The price had hovered below $30 on Monday before it slightly recovered to $32 on Friday.

About 90 percent of Nigeria’s foreign exchange comes from oil revenues, hence the economy is described as an oil economy. So pervasive is the dependence on oil that the entire success of the country’s annual budget is centered around where the oil price is in a calendar year.

With the country’s oil benchmark for 2020 budget at $57 and the actual price (at $25) many places below that estimate, it is no surprise the three levels of government in Nigeria are in panic mode. The recession buffers like foreign exchange and excess crude account (ECA) have as of Friday been depleted to $35.9 billion and $71.8 million respectively.

To make matters worse, the six inflation figures released so far by the National Bureau of Statistics (NBS) have left nothing to cheer for. The numbers have risen for all the sixth times. The latest figures released on Monday show inflation in February at 12.20 up from 12.13 recorded in January.

For online lenders in Nigeria, these are not the best of times. For one, March inflation is not likely to be any different as the government is forced to consider travel restrictions and limit public gatherings. The result could be a partial shutdown of the Nigerian economy which increases pressure on household and individual incomes.

As pressure mounts, borrowers will have greater difficulty in complying with any financial covenants in their debt documents and, in certain instances, possibly servicing their debt as well as increased risks for their lenders and for arrangers of new debt financing.

Uwem Ekanem, marketing manager at Branch International, acknowledges the uncertainties of the times. Until the coronavirus pandemic, all the online lending firms have yet to experience a global economic crisis at the current proportion.

He sees two trends emerging from a consumer perspective; people will need more cash and the default rate might increase.

“People are not going to work anymore, they are sitting at home and they are going to need more money to spend. Hence they will be looking for a place where they can get more credit. Now, because they are not working and able to pay back, then that might affect the default rate. The way we handle the default rate at Branch is very different, we are very proactive at all times. If you have default rates chances are you won’t even get a new loan,” Ekanem told BusinessDay.

Online lending has become the preferred channel for accessing quick loans but they are by no means cheap. What they offer in convenience, speed and cheap loans they take back in the form of high-interest rates.

It is a trade-off between the borrowers and the lenders for securing loans without collateral or an efficient central data system that could help easily trace individuals demanding loans. Traditional financial institutions that house big data from loyal customers are unwilling to share with the online lenders whom they consider as threats.

Thus, while a bank’s rate is between 1 percent to 2 percent in a month, some of the online platforms charge from 4 percent to 29 percent. The lenders in fairness reduce the rates for borrowers who are faithful to repay on time.

But, should the coronavirus lead to bigger defaults on existing loans, the online lenders will either stop giving out loans or increase interest rates according to Rahmon Ojukutola, founder of StartCredits, a lending aggregator.

“The virus is reducing economic activity for most sectors which would mean fewer sales and then less money to pay back any loan taken. Such as the airline industry struggling badly with very little sales,” Ojukutola said.

Beyond higher interest loans, lenders considering new financing might need to perform enhanced due diligence to examine the risks of the Covid-19 outbreak on a prospective borrower’s business, including the potential risks related to any such business’ supply and/or customer contracts.

Chijioke Dozie, co-founder and CEO of Carbon, former Paylater, told BusinessDay that while it is still trying to understand the real impact on its business, the company has taken steps to make sure that anyone that takes out a loan is not put under any undue strain.

Among other measures, the company said it has adjusted its maximum loan amount from N1 million to N500,000.

“We hope that this reduces exposure to large loans for our borrowers, and it also ensures we’ll be able to help as many people as possible in these trying times,” he said via email.

Carbon is also slowing down loan increases for repeat borrowers, which means some customers may get the same or lower-than-usual increase on their next loan offer.

“These changes are by no means permanent and we are keeping our eyes on the situation to make sure we can take actions as conditions evolve,” he said.