NITDA to regulate blockchain tech despite CBN’s ban on cryptocurrency 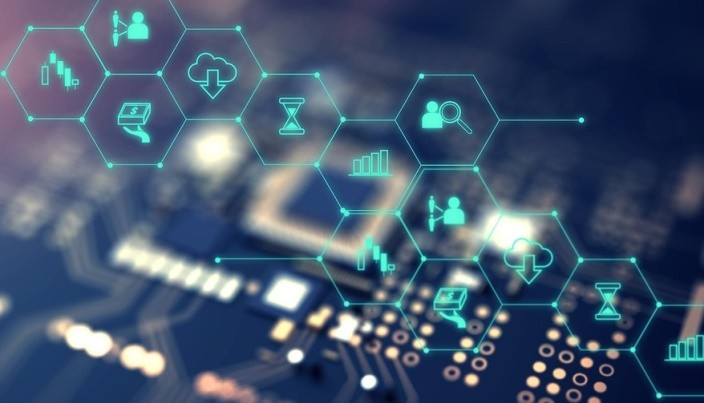 The National Information Technology Development Agency (NITDA) says it is going ahead with its earlier plan to roll out regulations to enable the adoption of the blockchain technology despite recent ban by the Central Bank of Nigeria (CBN) on cryptocurrency transactions in the banking system.

Usman Abdullahi, director, information technology infrastructure solutions, NITDA, confirmed to BusinessDay that the framework was still being processed and would be released when ready.

NITDA has the responsibility of creating frameworks for the planning, research, development, standardisation, application, monitoring, evaluation and regulation of all technology practices in Nigeria. In November 2020, it held a technical session with relevant agencies of government, on how to develop a framework that would enable the country to harness the potentials of the fast growing blockchain industry.

The event was specifically a stakeholders’ engagement for the review of the National Blockchain Adoption Strategy and had representatives from different financial institutions present, including the CBN.

But a recent directive by the CBN has said local banking institutions dealing in cryptocurrencies or facilitating payments for cryptocurrency exchanges was no longer allowed – citing a number of reasons, including lack of regulation in the system.

Abdullahi, however, told BusinessDay that NITDA was working on a number of regulatory instruments that would be released in batches.

“We are therefore following the guidelines religiously to ensure that the document to be released is robust enough to support the blockchain application ecosystem in Nigeria as well as contribute to our transition to the digital economy,” he said.

Following the CBN directive, BusinessDay understands that local banks have started notifying their customers that they would close accounts of entities transacting in or operating cryptocurrency exchanges within their systems.

“In line with the Central Bank of Nigeria directives, please be informed that any account identified as transacting in or operating cryptocurrency exchanges within our system will be closed accordingly,” a bank noted in a mailed notice to a customer.

But reacting to these developments which have sparked controversy among Nigerians, experts in blockchain technology said the move exposed lack of collaboration, and poor communication among two agencies of government – NITDA and CBN

Charles Okaformbah, a techpreneur and blockchain solution architect, noted that the CBN directives directly negates the objective of NITDA to promote using the blockchain technology.

He said “Nigeria stands as the second largest market for cryptocurrency worldwide and that the most use case of the technology in the country and all over the world is cryptocurrency.

“The CBN recent restriction on cryptocurrency which operates on blockchain technology, shows the need for effective communication among government agencies, especially after NITDA revealed plans to adopt and regulate the use of the technology in Nigeria.”

Speaking on the need for collaboration between the agencies, Okaformbah noted that cryptocurrency was captured in the draft since it is a virtual currency.

“Based on the context of the document, the conversation on the digital currency is actually cryptocurrencies because if you are creating a token on a blockchain, it is actually a crypto, no matter how you want to fashion it.

According to him, while the CBN directive places a ban on collaboration with the private sector, NITDA seeks to promote it through the planned framework.

At the stakeholders’ engagement, a key suggestion given to NITDA was to forge a collaboration between the private and public sector to drive blockchain technology.

Also speaking on the need for collaboration among government agencies, the general secretary of the Blockchain Industry and coordinating committee of Nigeria, Senator Ihenyan mentioned that the CBN’s directive placing restrictions on crypto transactions in the banking sector was inconsistent with expectations under what the national framework being worked out by NITDA.

He explained: “Crypto is the most popular use of blockchain technology in Nigeria and all over the world. When NITDA came up with the policy document, the understanding was to use it to expand the Nigeria economy and create fresh revenue sources for Nigeria. The DG NITDA stated that they are targeting up to 10 billion dollars from this technology.

“One of these sectors is the financial sector, which was why CBN, SEC, NDIC and probably FIRS were brought to the round table so that Nigeria can have a common approach towards the adoption of this technology and its application.”

He noted that the directive given by the regulatory body in charge of currencies was a drastic approach that would adversely affect the country’s economic opportunity, and called for collaboration between the CBN and actors in the cryto space.

“We must note the document is still in draft and yet to be adopted. One can say the CBN is yet to recognise that adoption strategy paper as one guiding it. CBN in its wisdom believes that cryptocurrency is not good for Nigeria banking sector that’s why the directive was given.

“That is a drastic approach, no one saw that coming because even in 2017, the CBN didn’t bring such drastic measures instead, it said that all banks and financial institutions which have customers dealing in cryptocurrency exchange or services should be made to comply with Know Your Customer and anti-money laundering regulation in the country and this is how it has been.

As industry players, we hope to engage with the CBN and other regulators so we can understand what the issues really are,” he added.