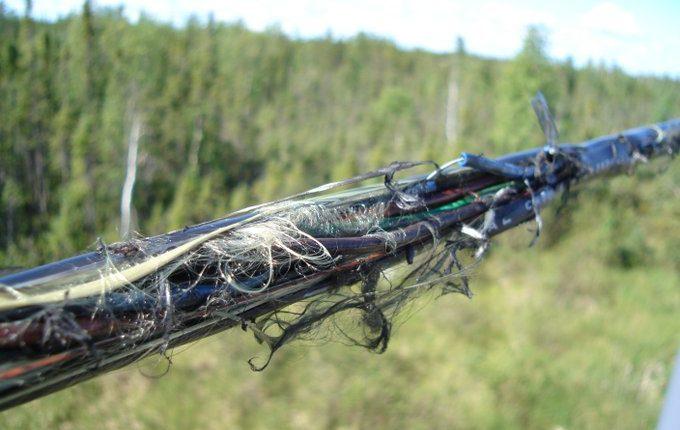 Despite the federal government’s assurances that it would leave no stone unturned in its push for a digital economy, telecommunication operators say losses incurred from damaged infrastructure spread across the country are on the increase.

The losses come from growing cases of vandalism, theft of telecom facilities, including generating sets, diesel, network cable breakages affected by road constructions, among other causes that the government is yet to address.

Emeka Opara, Director of Corporate Communications and CSR, Airtel Nigeria said in a media interview that the government should urgently deal with the menace of vandalism, insecurity, and insurgency, otherwise the current spate of dropped calls being experienced by some telecommunications consumers would continue.

Airtel alone has recorded 1,022 cases of fibre cuts between July 2019 and February 11, 2020. According to Opara, 405 cases of the fibre cut were a result of road rehabilitation activities by construction workers while 617 cases were due to vandalism.

Oparah, therefore, pleaded that the government should come to the aid of telecoms operators as these activities result in dropped calls, poor network quality, network congestion and poor user experience for telecommunications subscribers across the country. He also urged the federal and state governments to hasten the approval process for Right of Way (RoW) for fibre deployment as well as quicken the Environmental Impact Analysis (EIA) approval process, noting that these actions would help solve the problem of network congestion and network failure.

Also, Bako Wakil, the Nigerian Communications Commission Director, Technical Services,  acknowledged the spate of vandalism and damaging was becoming worrisome. He said that the NCC had been working with the National Assembly, other ministries and security agencies to ensure that the bill at the assembly is passed into law and offenders prosecuted.

According to him, NCC will ensure services are improved by ensuring that the environment becomes conducive.

The Vice President, Network Operations, Airtel Nigeria, Adedoyin Adeola, lamented that telecoms installations across the country are repeatedly vandalised, stolen, bombed and destroyed with reckless abandon, creating a myriad of problems for the network operators as well as the telecommunications consumers.