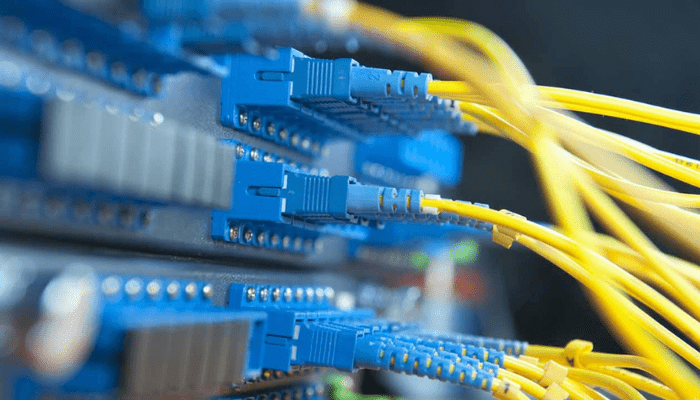 What is the current state of broadband in Nigeria today?

This has significantly improved international bandwidth capacity. Of course, there are challenges in terms of taking available capacity in-country. Interestingly, Government created the communications technology ministry which is focusing on broadband and indeed Information Communications Technology (ICT) generally. There has been significant progress since its creation. We’ve seen the draft ICT policy. We’ve also seen recent developments in terms of the Presidential committee on Broadband.

They submitted their report on broadband and it was accepted by President Goodluck Jonathan. Indeed, there is a lot of progress in that regard. If you look at indicators as well in terms of adoption in the country, be it in terms of services, e-government services, the uptake by average citizens. are also enjoying significant progress in recent times. Of course, we can always do better, but there is significant progress.

As you mentioned earlier, there is a proliferation of submarine cable systems. Do you think it is sufficient to really drive broadband penetration and the adoption of bandwidth-hungry services in the country?

Of course there is always room for more. Broadband is it is a multi-faceted issue. It’s not like you switch a key and that solves the problem. There is a supply angle to it. We have made significant progress on the supply side. Now, the question of whether or not this is sufficient? Of course, there is always room for more. However, let’s not lose sight of the fact that in recent times, we only had just one submarine cable in the country. If that has expanded to the number available today, then surely, that’s a good thing.

Now when you talk about penetration, you must look at a few things; Spectrum, you cannot divorce spectrum from the investment of players, you cannot divorce that also from the availability of spectrum. There is also a regulatory part of the issue, and then of course you look at the demand curve proper and people must also be able to then actually demand broadband services. You need to approach this in various ways I’d think.

Clearly, there is a bottleneck somewhere and that’s why I talked initially about ensuring that the economic environment which encourages correct and appropriate pricing is created. We should also look at critical issue such as a development of programs and services to drive adoption. We should be looking at making deices much more affordable to enable people enjoy the services.

Nigeria’s internet access market is still slow and exasperating access to the internet in spite of the huge amount of capacity that we have in this country. What could the problem be and how can we get this right?

Intel’s view is that we support technology-neutral and service-flexible spectrum policy environment. We support one where there is encouragement of the players to invest in an obviously competitive environment. We support these kinds of environment where there is in some way subsidy by government at least to kick-start things and to encourage investment especially for players who would not normally invest in such areas. On the demand side, we encourage government to go ahead and lead by example by adopting lead government services to encourage people to do so as well as promote programmes that essentially promote demand on the side of the people.

We have worked with government for instance to do these kind of issues. I don’t know if you are aware of our collaboration with the ICT Ministry strategically aimed at enabling students acquire Personal Computers ( PC) devices at affordable rates. Looking at speeds, ITU essentially looks at broadband and the primary rate of connection, somewhere between 1.5 and 2.0 mega bits per second. As to whether we always have this across the country, certainly not. But, if you look at the same ITU, you will realise that ITU talks about at least five specific indicators to look at how the country is making progress.

It is talking about connecting homes to broadband. It says 40 percent of households in developing countries should have internet access. Internet access and having the basic form of this has to be obtainable before you can talk about speed. So, connection services will continue to be a big area for government. However, this does not take away the fact that we need to bring in investors as much as possible.

Speaking about investment, what is the role of investment in really deepening the broadband infrastructure market?

Absolutely everything. It is investment that brought in all of the supplies on the beach. Private investment have brought in a lot of cables which has landed on our shores. Further investment will also lead the way in terms of ensuring optimal utilisation of the enormous international bandwidth capacity. If you look at it in terms of big highways that arrived in Africa, we then need to go and bring the small streets to the homes of the people. There has to be investment, there is just no way around this. I think that the world sees an opportunity in Nigeria.

However, it is up to us to build our environment for investment to continue to flow into this environment. I think that’s where policy plays a major role. Government took a critical step major approach by approving the recent report from the presidential committee on broadband. This move will encourage investors because there is clarity in terms of where the nation wants to go. In fact, looking at ITU’s report, one of the things it talks about is ‘Making Broadband Policy Universal’. It says that by 2015, every country should have National broadband policies. We have already met this target.

Looking at Intel, what has the company done to boost internet adoption in the country; are there some initiatives where Intel is involved in either with the Federal or state government?

We have been doing a lot. On a broad scale, Intel has been extremely active in policy formulation in an advisory role. We are a company that operates in close to one hundred and sixty countries around the world.