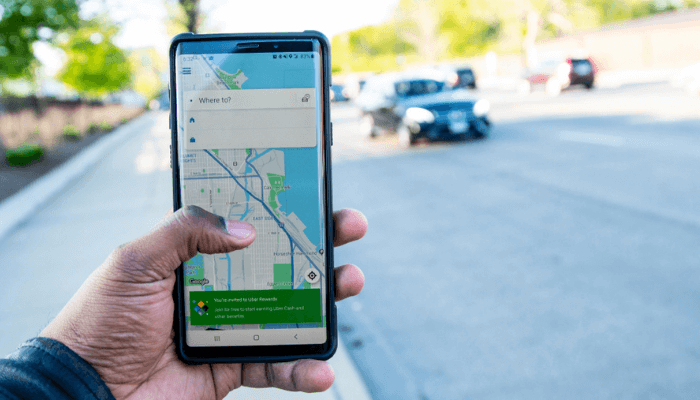 Ride-hailing business in Africa is not only keeping the lights up in 60 companies across 21 countries, but also becoming a net employer of labour and helping thousands of individuals put food on the table. An Uber spokesperson says the company, with the largest share of the market, employs 59,000 drivers in Africa.

This and rising demand is pushing increased investors’ attention in the market. BusinessDay reported on Monday that Moove, an African-focused mobility fintech company, secured $23 million from investors taking its total investment since it was founded in June 2020 to $68.2 million distributed across equity ($28.2m) and debt ($40m).

The investment is significant for a mobility fintech startup that has only been doing business a little over a year ago. It is a big sign that investors are not only interested in mobility tech in Africa, they are also hunting for winners.

Moove may not be a direct player, but it has a significant stake in the ride-hailing business. The company is Uber’s exclusive vehicle financing and vehicle supply partner in sub-Saharan Africa, with Moove-financed cars having completed more than 850,000 Uber trips covering over 13 million kilometres across the continent to date.

The collaboration with Uber is the largest partnership of its kind in Europe, Middle East and Africa (EMEA). Through this partnership, Moove has API integration into Uber’s databases, which gives it key insight into historical as well as real-time driver performance data, allowing quicker credit decisions.

Moove’s model is to provide loans to its customers by selling them new vehicles and financing up to 95 percent of the purchase within five days of sign up. Customers can choose to pay back their loans over 24, 36, or 48 months, using a percentage of their weekly revenue. All Moove customers sign up to the Moove app to manage all transactions and access other financial products on the platform.

Since launching in June 2020, the startup has had over 12,900 sign ups from Lagos, Accra and Johannesburg, and nurses an ambition to improve road safety and vehicle emissions by providing new, fuel-efficient vehicles at scale. This is being achieved through strong relationships on the ground with the likes of Toyota, VW, Total, and Autofast and to ensure the accessibility to new vehicles as well as regular maintenance and servicing.

Investors in ride-hailing companies see the potential of the market on the continent. Other startups that have risen funding targeting the African market in the past year include Bolt ($206m); Gozem (undisclosed); Plentywaka ($300,000, and Little Cab ($3m).

Africa is home to 1.2 billion people making it the second-largest continent by population.

With a rising population comes the need for mobility. Unfortunately, the continent has lagged in providing adequate means of transportation to its people even with 43 percent of them in urban areas and growing. In 2019, there were fewer than 900,000 total new vehicle sales compared with 17 million in the United States.

Also, given the lack of good public infrastructure, the primary means of transportation for goods, people and services is done via informal mobility entrepreneurs using cars, buses and bikes; at least, 40 percent of household earnings is spent on transport in Africa. As a result, ride-hailing has seen increasing demand over the last decade.

For example, Lagos is notorious for its heavy traffic congestion, driven by a large population (22m) and high density, which are only increasing in tandem with continued rural-urban migration pressures. Lagos also has poor road quality and an inadequate public transport system for its large populace. The strong projected growth of ride-hailing demand in Lagos is driven by this rising unorganised urbanisation, in addition to an emerging middle class and growing internet penetration.

Ladi Delano, co-founder of Moove, told BusinessDay via mail that Nigeria is a key growth market for ride-hailing; however, there is a lack of driver supply hours which is in turn constrained by low access to vehicles. A significant portion of ride-hailing drivers depend on informal micro-rental schemes allowing drivers to rent cars from relatives, friends or micro-fleet managers. 80 percent of ride-hailing drivers do not own the car they drive and a large portion are driving vehicles more than 10 years old.

This is why Moove is focused on redefining the financial experience of mobility entrepreneurs on the continent by democratising vehicle ownership in order to make Africa more productive as well as using entrepreneurship to solve some prevalent problems, such as high unemployment or low female participation in the workforce.

And as Moove’s funding has shown, investors would sign the cheque for any startup operating directly or enabling operators to improve quality of service.

Moove said it would use the Series A funding to grow and expand into new markets as well as develop and launch new products and services.

But it should be noted that ride-hailing has not had a smooth ride policy-wise. In Nigeria where the need for the service is increasing, authorities have on several occasions rattled the market with a rash of policies that did more to drive away investments than raise confidence in the market. The lack of uniformity and clarity in regulation means operators and investors do not know what to expect from regulators.

For example, bike-hailing companies in early 2020 saw their market evaporate after the Lagos State government put an end to commercial motorcycling.

Uber, Bolt and other players in the market have had several run-ins with regulators but Lorraine Onduru, communications lead for Uber, said the company was beginning to make headway by helping government officials understand the industry better, which would hopefully translate to improvements in policy formulation.