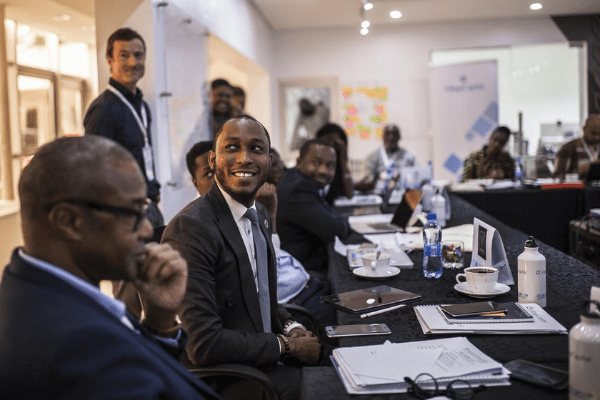 Washington-based venture capital firm, Village Capital is not a newcomer on the African tech scene. It is one of the VC firms that took an early investment interest in African startups such as Piggybank, Social Lender among others.

Last week, the firm took ecosystem leaders from across Africa on a tour of Lagos startups helping them learn about VIRAL, a platform for any entrepreneur thinking about building for scale and solving big problems; peer selection and best practices in helping entrepreneurs get ready for investment.

“Less than 10 per cent of VC funding in Africa goes to Francophone countries,” the company noted in a social media post.

The Village Capital community for this year had the opportunity to witness the pulse of the Lagos tech ecosystem by visiting some of the businesses at work. It also exposed them to the ideals of investments as presented by Tomi Davis.

Speaking at a presentation, Davies emphasised the need for integrity in startups. According to him, investors will always work with entrepreneurs that deliver what they said they will do and not the other way round.

“There is no law that says I must invest my money,” Davies said. “Once someone stops doing what they say they will do or not do what they wouldn’t, they are not trustworthy, and I walk away.”

Their first point of call was Farmcrowdy, a digital agricultural platform that is simplifying the level of involvement of corporate and non-corporate Nigerians in the agricultural sector.

There the team engaged the founder of Farmcrowdy, Onyeka Akumah.

“The training we just completed in Lagos offered by Village Capital is the best course I’ve ever taken,” Issam Chleuh, co-founder of Suguba an Impact Hub, Mali said after the tour. “Better than Harvard Business School and Private Equity and Venture Capital courses, yes.”

Next stop after Farmcrowdy, was fintech company Flutterwave, and Co-Creation Hub one of the pioneering accelerator and incubator companies in Nigeria.