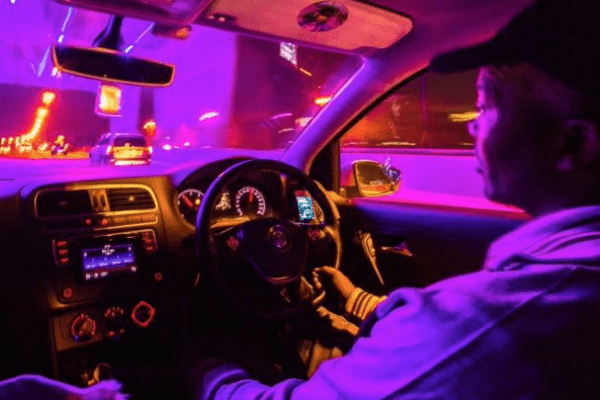 “Why did the metre drivers keep saying Uber drivers will not come to pick me up from the airport?” I asked the Uber driver my app identified as Patrick who picked me from Terminal B of the O.R Tambo International Airport – ORTIA for short – in Johannesburg, South Africa.

I had spent over 40 minutes trying to explain to three metre-taxi drivers that the rates they planned to charge me to get from the airport to my hotel – almost three times the fare quoted on my Uber app – was going to snuff the life out of the cash in my wallet.

Patrick, the driver was surprised at first, so he had to ask “Is that what they said?”

“They said you usually have problems and don’t like coming to pick people from the terminal gates,” I said, recalling what each of the three drivers had told me. There are about three terminals at ORTIA. That made Patrick chuckle.

He explained that it used to be true when Uber first came to South Africa. The union of the metre drivers at the airport had put up a resistance to the point of harassing drivers on Uber platform. It took police intervention to resolve the problems. Now Uber drivers have a physical spot where they queue and wait for their turn to be called on the mobile app. It is a common problem many Uber drivers in Nigeria have reported as well. In the case of Nigeria, a tense truce now exists between airport taxis and Uber drivers.

“Uber is the best thing that has happened to many of us in South Africa,” Patrick said with a fond look on his face, his eyes trained on the road. “Today, many of us have our freedom to be entrepreneurs and make more money than we would have made working in corporate organisations.”

According to him, drivers on Uber platform in South Africa make as much as R11,000 in a week. Patrick pointed out that most staff in corporate organisation take home less than R11,000 in a month.

“Many South Africans love Uber to the extent that they are now willing to leave their car at home and take Uber to work every day because it is less expensive. Many of them only drive their cars at weekends. Even the metre drivers would love to come over to the platform but they can’t because a good number among them have criminal records and it has always come up whenever they want to register with their fingerprints,” he said.

Uber’s hype and adoption on the African continent – where millions live below the poverty line – belies its global troubles. Shares of the global ride hailing platform, Uber have continued to post disappointing returns, shedding 24 percent since the company went public in May. The initial public offering (IPO) had helped Uber raise $8.1 billion achieving an initial market capitalisation of roughly $70 billion. Nevertheless, many analysts had called the IPO a failure after its share price failed to pop on the first day of trading, opening at a conservative $42 apiece. Uber was previously valued at $72 billion by venture capitalists after raising billions of dollars in a 10-year period.

The company posted its largest-ever quarterly loss, about $5.2 billion, in August as its revenue growth hit a record low. Many reports suggest Uber’s losses are due to well-financed competitors offering a substantially similar product. In Nigeria and South Africa for instance, the company is facing rates war with Bolt – former Taxify – which has seen many drivers who were previously on Uber move over to Bolt.

For starters, Bolt has a 15 percent commission carrot which it uses to its advantage on drivers; Uber on the other hand has a global rate of 25 percent commission. Part of that advantage is that there are more drivers on Bolt than there are on Uber. The drivers’ advantage is also amplified by the fact that vehicle requirements are less stringent on Bolt than on Uber. In South Africa, Bolt requires a minimum of 2010 model or newer while Uber accepts nothing less than 2013 model or newer.

Bolt has also adopted a base fare that is less than that of Uber in South Africa. While Bolt’s minimum fare charge is R20, Uber has a minimum fare of R25. Added to that is that Bolt now has a presence in 13 locales in South Africa, compared with Uber’s five.

“Irrespective of the cheaper base rates, many South Africans prefer Uber to Bolt because of their emphasis on customer service instead of the driver,” Patrick told me.

Apparently most riders value safety and convenience that Uber guarantees. This has led to a surge in demand in regions like Cape Town and Johannesburg in particular and the number of drivers in these areas is also rising. Patrick says the peak periods for drivers is usually at the end of the month when workers have earned their salary and they are willing to spend money going to shopping malls and entertainment centers.

Unlike Bolt, Uber has its hands in many other pies which has not only distracted it from establishing clear dominance in its core business, but has created new competitions for the company, especially with its UberEats. In a recent filing, Uber listed some 10 major competitors some of which are subsidising customers’ meals in a bid for market share, with profitability a secondary concern.

For shareholders wearied by Uber’s crimson colored stocks, time may be running out, but for South Africans and other African countries who get to commute in convenience and still live within their meagre means, the Uber bliss is probably just beginning.