How far can 9Mobile go after losing 8m subscribers in 3 years? 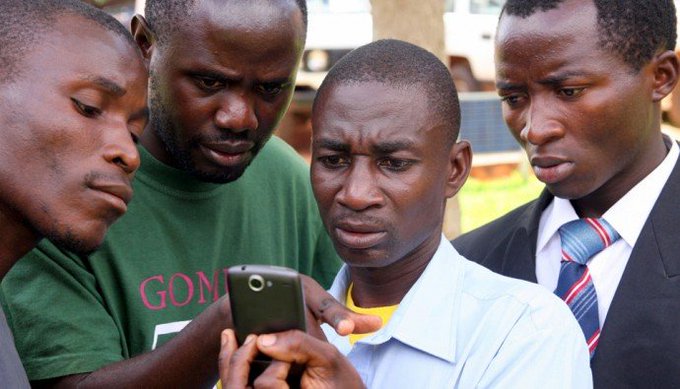 While Airtel seems to be enjoying the best form of its life in terms of internet subscriber share, 9Mobile has not had a great year having suffered a cumulative loss of more than 8 million in three years.

April 2016 was the last time 9Mobile was at the peak of its power recording 17,194,118 subscribers, almost 2 million (1,951,262) increase from the previous month. It would also be the last time it would be overtaking Airtel and becoming the third largest telecommunication company by share of internet subscribers in Nigeria.

Since then, 9Mobile has seen an unbreakable run of subscribers exiting its platform. By October 2019, the telecom company has lost 8,847,889 subscribers cumulatively for the period under review while recording no new subscribers for the entire ten months in 2019. 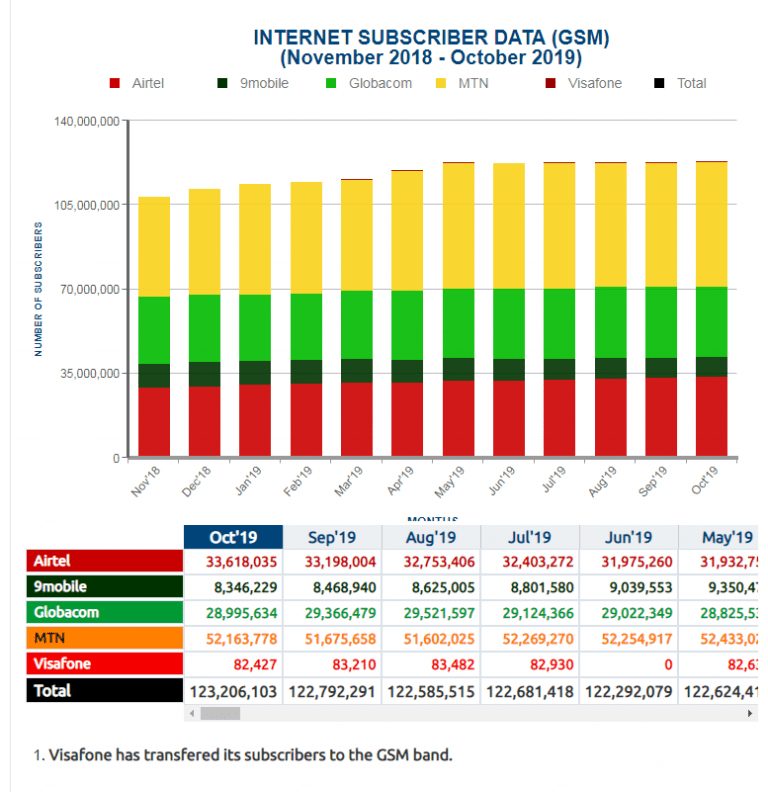 In contrast, Airtel has gone on to become the second largest telecommunications company, overthrowing Glomobile, and has not experienced a month in 2019 without thousands of new subscribers flocking to its platform. Airtel subscribers reached 33,618,035 in October, nearly 4 times the people that left 9Mobile.

Although a grossly underperforming Nigerian economy and poor technology infrastructure development may have contributed significantly to 9Mobile’s current troubles, there is every indication that the company is yet to recover from the poorly executed divorce between the telecommunications regulator, Nigerian banks and Abu Dhabi-based Etisalat Group, the parent company of Etisalat Nigeria.

It would be recalled that in June 2017, Etisalat Group terminated a management agreement with its Nigerian arm and gave the business time to phase out the Etisalat brand in Nigeria. It was the culmination of Etisalat Nigeria’s failure to reach an agreement with a consortium of 13 Nigerian banks to renegotiate the terms of a $1.2 billion loan it obtained in 2013. The company’s failure to pay back was reportedly caused by Nigeria’s currency crisis which overshadowed the country’s economic outlook two years prior to the default. Intended as a medium-term seven-year facility to fund the company’s network expansion, the value of the $1.2 billion loan spiked after Nigeria devalued its naira currency due to difficult economic headwinds.

Like Etisalat, many companies also suffered from currency devaluation. In different sectors, companies were forced to cut losses, pack up and leave.

In the case of Etisalat, the Nigerian Communications Commission (NCC) issued the June 9 Default and Security Enforcement Notice, Emirates Telecommunications Group Company, forcing the group to make its decision to quit the company.

Etisalat Group’s exit opened the doors for new suitors including Teleology which eventually emerged the new owner of the struggling brand. Teleology is a special purpose vehicle comprising telecom industry veterans and led by Adrian Wood, pioneer Chief Executive Officer of MTN Nigeria. Teleology, however, spent only two months before it gave up ownership of the brand.

Teleology’s experience is probably one of the major reasons an acquisition would not be an option for 9Mobile, at least for now.

For one, Teleology spent almost a year going back-and-forth with the NCC, legislators, and aggrieved shareholders of 9Mobile until it finally acquired the telecom company in November 2018, paying a non-refundable cash deposit of $50 million. Two months later the badly concocted marriage came crashing down and a further payment of $251m as a settlement to the consortium of banks led by Barclays Africa.

Teleology reportedly said it pulled out because it was becoming “increasingly uncomfortable” as parties to the deal were taking actions outside of the agreed business plans since its takeover.

“When you talk about corporate governance, the issue of Etisalat leaving and the unfinished business with Teleology has a funny way of coming back at you,” Olusola Teniola, President of the Association of Telecommunications Companies of Nigeria (ATCON) and national coordinator Nigeria, Alliance for Affordable Internet (A4AI) told BusinessDay. “Teleology is a company that was led by Adrian Woods, who has an international reputation in the telecoms sector. If the issues around the agreements in terms of shareholders and management of 9Mobile weren’t resolved properly, then it might have a negative effect on their ability to attract foreign investments. It doesn’t mean they can’t attract, but it might have a negative play on their case.

Recently, 9Mobile received a $251 million investment from Africa Finance Corporation (AFC), but sources told BusinessDay that the terms of the deal are proving a challenge for the telco as it also has some form of exposure with AFREXIM.

Acquisition in the pipeline?

Smile Communication was one of the bidders for 9Mobile for the exit of Etisalat, but Teleology emerged as the preferred bidder. With Teleology out of the way and with 9Mobile losing subscribers in record numbers, Smile Communication could consider a merger with the struggling telecom company.

BusinessDay also learnt that Vodacom is currently going through a merger and acquisition activity with 9Mobile in focus.

The industry is also said to be ripe for more consolidation because the economics in terms of the cost of doing business and the expectant return on investment by certain shareholders would indicate that an exit out of the market maybe their only way of ensuring that the values that they placed on the asset are still viable.

“I believe that there are indications that there may be other potential entrants who are keeping terms on the Nigerian market who might see the 9Mobile asset as a vehicle and a way to enter the market,” Teniola said.

9Mobile may also have a lifeline with the recent Approval in Principle it received from the Central Bank of Nigeria on its Payment Service Bank (PSB) licence. The company could have a first-mover advantage in the area.

However, for efficient mobile money service, 9Mobile would require investment in infrastructure to be able to go into some part of the unbanked that are unserved or underserved

“It is all about scale and scale will suggest that if 9Mobile has a customer base in the region of 7-8 million subscribers then they should be looking to grow that at least to double to justify their existence,” Teniola said.

Without economics of scale going forward, it is very difficult to establish whether 9Mobile will find it attractive to provide products for the mass market and rather seek a niche play.