...existing cable investments yet to be fully utilized risks insolvency 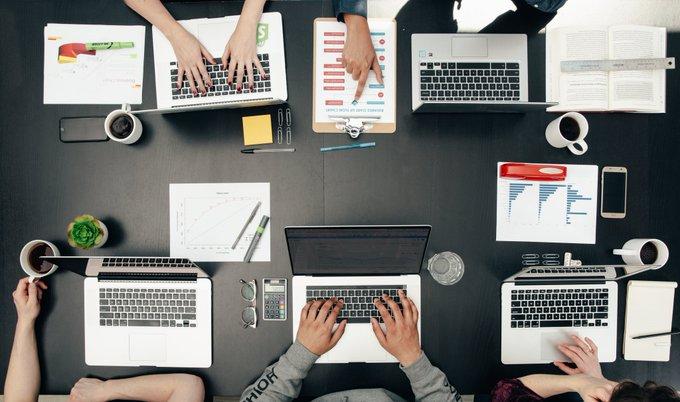 The internet market in Africa faces a potential over capacity and monopoly by big-money investors such as Google and Facebook as both have accelerated their subsea cable projects aimed at connecting Africa to the rest of the world.

Google’s Equiano cable, which ironically is named after Oluadah Equiano, a former Nigerian slave, seaman and merchant who wrote an autobiography depicting the horrors of slavery and lobbied UK parliament for its abolition, is expected to start from Portugal’s capital in Lisbon and run down Africa’s west coast to connect with South Africa and Nigeria. The cable which is Google’s fourteenth subsea cable investment and the third international cable funded entirely by the company is expected to cost around $300 million. When phase 1 is completed by 2021, Equiano may have used between 12 fibre pairs (large for a subsea cable) and 16 fibre pairs, coupled with the latest optical networking technology, to deliver a design capacity of about 120Tbps (terabyte) or 360Tbps far in excess of anything that has been built around Africa to date.

“Equiano will be the first subsea cable to incorporate optical switching at the fiber-pair level, rather than the traditional approach of wavelength-level switching,” Google noted in a statement on its website. “This greatly simplifies the allocation of cable capacity, giving us the flexibility to add and reallocate it in different locations as needed.”

Simba, meanwhile will be owned by a consortium Facebook is putting together. The plan, according to the Wall Street Journal, is to build the cable in three phases with around 300 to 400Tbps.

Both Equiano and Simba will add nearly 1Pbps (petabyte) of capacity. Google said in June 2019, that the Equiano system will have 20 times the capacity of the more recent cables laid along the route.

In West Africa where five major cables; MainOne, SAT3/SAFE; Glo1, ACE and WACS with a combined capacity of 32.800Tbps are responsible for providing internet services, only 10 percent of the existing capacity has been utilized so far. Years of trying to get the government to provide an enabling policy environment and invest in infrastructure that enables carriers to deploy remaining capacity has yielded little results.

The consequences are that cities still lack fibre networks to interconnect cell towers and some parts of the continent do not even have mobile coverage at all. With broadband penetration in Nigeria currently at 33 percent, Ghana at 35 percent and generally lower across West Africa, there is still a wide connectivity gap to bridge. Stakeholders have over time emphasised that penetration can only increase significantly with massive investment in terrestrial infrastructure, for example, more fibre, more towers, more radio etc. However, over the last decade the growth rate in new investments in telecoms infrastructure in West Africa have slowed almost to a crawl.

That slowdown notwithstanding, the telecom sector contributed 12.4 percent to the national GDP in Nigeria, reflecting a 9.5 percent growth rate from the previous year which demonstrates the potential benefits of enabling local carriers to maximally deploy existing capacity.

However, should Equiano and Simba launch as projected in 2021 for the former and probably 2023 for the latter, it could effectively hamper the ability of the carriers to deploy their existing capacity, recoup their investment and have any chance to compete with big money competitors.

Facebook and Google have been on the ground in Africa, including Nigeria offering services through platforms like WhatsApp, Google maps, G-Station WiFi among others. The two companies already control 80 percent of internet traffic in most advanced countries including the United States through their data centres, generating revenues for them from various advertising, cloud and other data-centric-services while access to basic connectivity services running over telecom providers networks are provided for free.

However, the ‘free’ services actually aligns with the playbook of Facebook and Google. The way it works is that while a subscriber may not pay directly to use Google maps or WhatsApp (beyond data usage), on the backend of the so called free services, the companies are collecting data on all the sites and places he or she visits and are reselling  that data for advertising revenues. Those revenues currently amount to over $100 billion per year.

“It still would have been fine if Google was planning to build open cable landing stations and allow any carrier to buy bandwidth,” Sunil Tagare, founder and CEO of OpenCables said during a presentation at the Southern Africa Network Operators Group (SAFNOG) Summit in Johannesburg.

The Equiano is a closed system, only open to Google and probably to the one partner the company selects for grant monopoly status in every country which helps it avoid  local taxes and possibly regulatory oversight as a carrier too. The selected carrier in each country could be expected by Google to invest around $50 million which secures the carrier the monopoly as well as a substantial price drop in megabyte.

Tagare worries that this development could result to increase in internet charges in a continent where IP transit rates are the highest in the world. He is hoping that the local carriers will unite and push back Facebook and Google. But uniting is not a very strong suit in the market. Carriers have always preferred – perhaps to their detriment – to work in silos. In essence, it is only a matter of time before Google or Facebook finds a suitable and willing carrier for their cable projects.

In fact, SEACOM, a carrier covering Southern, Eastern and Central Africa is believed to be in talks with Google on Equiano. The carrier is also reportedly paying close attention to Simba from Facebook.

At the SAFNOG summit, Bryan Clatterbuck CEO of SEACOM explained that while competition from Google and Facebook may hurt local carriers in the short term, in the long run, the consumers and the operators will be the better for it as it will spur new investments by existing carriers.

Nonetheless, stakeholders in West Africa say there is a need for a policy that ensures existing investment in fibre cables do not become insolvent.

“The regulator must get involved in the matter,” Tagare told BusinessDay. “Let’s say one monopoly carrier gets the contract from Google, it will build its own cable landing station, have its own back-up and basically charge other operators high for them to access the station. I recommend that the regulator say, even if you are buying capacity from Equiano or Simba, you have to allow third party to build the cable landing station, which later truly becomes an open landing station. Then it will be able to allow any carrier from that country to access the cable.”