…To provide affordable data services for all 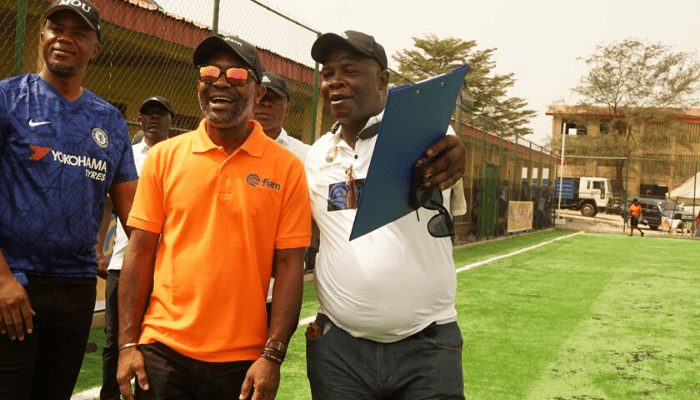 Fiam WiFi, one of Nigeria’s newest telecommunication companies, licensed by the Nigeria Communications Commission (NCC) in 2018 to provide and operate internet services has officially commenced services on Monday, March 16, 2020, in Ajegunle, a suburb of Lagos Nigeria, after a three-month pilot phase.

The company says its aim is to focus on high-density, low-income areas and rural communities to provide affordable and reliable connectivity for the mass market.

Akin Marinho, founder and chief executive officer of the emerging internet service providing company in a statement made available to journalists said, Fiam WiFi installs Wifi hotspots and has started with 25 hotspots in Ajegunle with plans to install another 100 over the next six months. He further disclosed that after its launch in Ajegunle, Ajeromi-Ifelodun Local Government Area of Lagos State, the team has put together a roadmap for its rollout plans in phases.

According to Marinho, Amuwo Odofin, Alimosho, and Apapa will be covered during the first phase. Surulere, Oshodi, and Isolo are billed for the second phase. Shomolu, Mushin, Kosofe, Ikeja, and Agege are scheduled for the third phase and Ifako Ijaye, Lagos Island, Badagry, Ikorodu, and Ojo will be added in the fourth phase of its 18-month rollout plan. Emphasising that access to affordable connectivity should be for everyone.

Marinho explained that the Fiam WiFi network will be strategically built to hold concurrent users of about 10 percent of the population of designated communities.  The company has partnered with Dolphin Telecom and Vodacom, both of which provide broadband speed bandwidth.

He also stated that as part of the company’s community-driven policy, customer engagement and maintenance teams will be sourced from residents of the communities it serves, thereby creating employment opportunities for many. In addition, the company has partnered with the local government to provide wifi hotspots in every primary school in Ajegunle.

Revealing the company’s plans to compete in the tough and highly competitive market of internet providers, Marinho disclosed that Fiam WiFi’s pricing is its unique selling point adding that the pricing is targeted at making low-income earners have access to fast and reliable internet services at an affordable rate.

“The data pricing is simple, clear and transparent and starts at N400 for 1GB. The data prices come with one simple condition of no validity or expiration period, unlike some other internet service providers where subscribers may get 100MB for a day or specific validity period. Fiam WiFi does not restrict usage by validity, “users need not worry about data expiration when not in use, “he said.

He explained that the Nigerian Communications Commission (NCC) policy on broadband expansion and access is clear and it is critical for the socio-economic development of the nation. Funke Okpeke, the CEO of Main One Cable Company heads the National Broadband Committee of the NCC which states that the aim should be to boost broadband penetration over the next five years (2020-2025) from 37.8 percent to over 70 percent.

“Fiam WiFi is positioning itself to be a key internet service provider (ISP), to create access to affordable high-speed connectivity for all through wifi hotspots irrespective of ethnicity, class, gender, and age. We at Fiam WiFi intend to drive down digital inequality and ensure that Nigeria’s young and growing population are ready for the Fourth Industrial Revolution,” he said.

The radiation from 5G is not different from that of 2G, 3G and 4G – NCC