In this part of the world, one of the best ways to identify a tech company with the potential for the big times is by the size of funding it raised from investors. The mindset has been that since they are able to successfully convince those investors to stake their money, the startup must be an outlier. Thus, for many years fintech companies have hugged the limelight in the tech ecosystem by merely hauling in large sums in funding from investors. It did not matter whether anyone – other than gullible investors – saw their books or not.

All that may soon change with Carbon, a fintech firm based in Nigeria, putting a new twist. The company recently published its financial statement on its website, potentially opening a new era of transparency among startups in Nigeria’s fintech landscape. 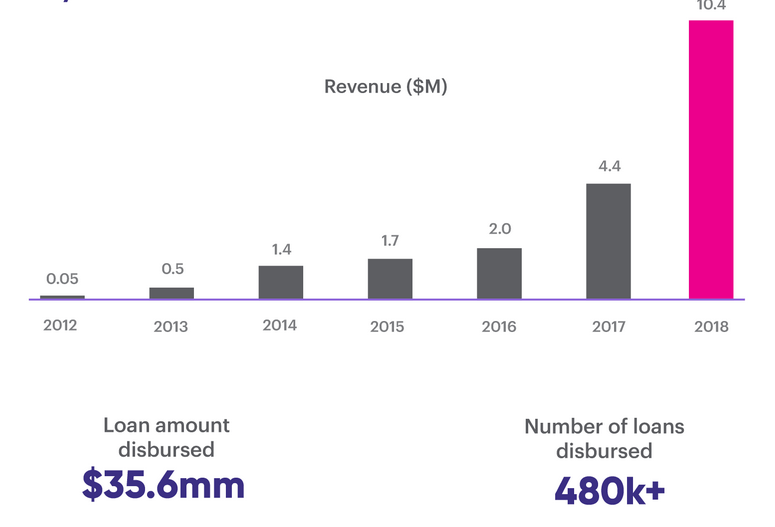 The first time a tech startup operating within the country made its financial books public was in 2014 and 2018 when Jumia’s parent company Rocket Internet went public which required it to include limited Jumia data in its annual data, according to a report by TechCrunch. Iroko TV, the video on-demand application platform founded by Jason Njoku also made its financials public – on social media.

The difference however, is while Carbon and Iroko TV were voluntary transparency; Jumia’s was coerced by the need to go public.

If Jumia was not going public, would it have opened its books for public scrutiny, would probably remain a question, but reality is the ecommerce giant lost the opportunity of a first mover in the tech space because of its ambitions.

In that light, Carbon stands a shoulder above its peers particularly in the fintech space. The company’s financials duly audited by KPMG is a master stroke that should become a minimal standard among startups providing fintech services.

Co-founder of Carbon, Ngozi Dozie explained on Twitter that making its financials public was a result of a commitment the company made in 2018 to promote transparency within the fintech and tech ecosystem.

“It is about trying to build trust between ourselves and customers and stakeholders,” Chijioke Dozie, co-founder and CEO of the company told BusinessDay in a telephone interview.

Transparency is a scarce commodity in the tech ecosystem in Nigeria today. Being largely unregulated, the players in the space practically have liberty to do anything they want. A few investors have told BusinessDay how they got their hands burnt after investing money in a startup they had thought had genuine numbers.

While fintech has grown to become one of the most attractive investment opportunities for investors, the proliferation of various startups offering services from peer-to-peer lending, savings, mobile transfers, crowdfunding, etc now poses new challenges. The challenges could be anything like cyber fraud, money laundering, data and privacy breaches among other things.

As the Central Bank of Nigeria has yet to come up with a cohesive regulatory framework, investors and customers are practically flying blind in the space.

The CEO, Dozie told BusinessDay that aside from building the confidence of its customers, transparency also tells the world that Carbon is ready to compete on the global stage.

This is buttressed by the outstanding year the company had in 2018 where its revenue more than doubled growing to $10.4 million from $4.4 million in 2017. The number of loans disbursed in the same period was at a peak of 480,000.

Dozie acknowledges that Carbon may not always have a good year; there will be times when it might have a bad year.

“But it is just being honest and open,” he said.

That level of honesty may need to go beyond voluntary to becoming mandatory. It is what has distinguished Silicon Valley startups and many others in countries where regulators are alive to their duties. It is the reason companies like Google, Facebook and Uber can be held accountable when they play beyond the boundaries of competition. Startups operating within the European Union, for instance, are mandated by the common framework for corporate reporting. Thus, an act like Carbon’s public financial reporting is not a rarity but the norm.

It is also why investors are willing to stake huge capital on startups in these countries. So far, the only route to becoming a unicorn – valuation of $1 billion – for startups in Nigeria and Africa is through the stock exchange, whereas in other places, startups have gone to become unicorn through private investments without recourse to the capital market.

“From a recruitment perspective, we want recruits to know we have good prospects – that this is a company that’s doing well and wants to keep doing well,” he said in an interview.

How technology can ease ‘Back to School’ rush – Google

3 trends to expect in African mobile app market in 2022

Shoprite: How Nigerians can impact the economy leveraging local investors