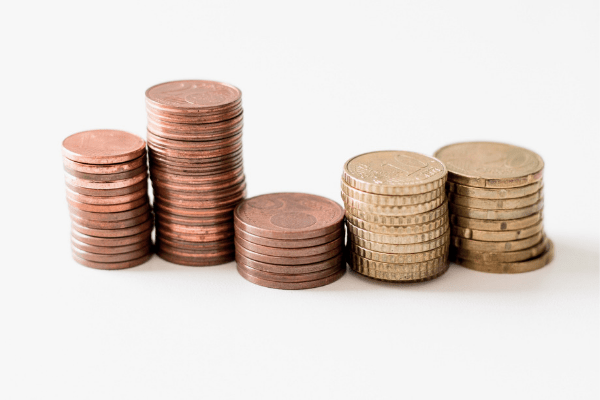 There is a pronounced deficit in the lending space which is evidenced by the banks’ unwillingness to pursue investments in the real sector. The Central Bank of Nigeria (CBN) in a bid to remedy this, by a circular dated July 3, 2019, stipulated that all deposit money banks (a fancy name for commercial banks) will be required to maintain a minimum loan to deposit ratio (LDR) of 60% by September 30, 2019 (the “LDR Mandate”). Failure to meet the minimum LDR by the specified date will result in a levy of additional cash reserve requirement equal to 50% of the lending shortfall of the target LDR [1].

The LDR Mandate does not, however, assuage the mind of the lenders or put measures or policies in place to guide against the risk associated with lending which includes unwillingness of some customers to pay back loans and the cost as the process of recovering such bad debts is arduous and expensive. The banks may, therefore, be more predisposed to pay the penalty of additional cash reserve than lose out on their money entirely. It may, therefore, be argued that the LDR Mandate neither holistically help the micro, small and medium enterprises (MSME) which the policy is targeted to empower nor the banks who may prefer the safer alternative of tieing up more of their cash with the Central Bank of Nigeria (CBN) as additional cash reserve requirement.

In the United States of America, a controversial yet very effective legal instrument called “confession of judgement” have risen to address the risks associated with lending to MSMEs and generally reduce lender apathy as it allows the lenders retrieve their principal amount, interest and processing fees with ease.

The controversial nature of the confession of judgement is evidenced in Janelle Duncan’s story[2] which is similar to that of tens of thousands of other small business owners in the United States of America. Janelle Duncan runs a real estate agency in Florida, United States of America. She took a loan of $36,762 from a company called ABC Merchant Solutions LLC and to the best of her knowledge, she was not defaulting on her loan. However, on the order of a court in New York (out of the jurisdiction of both Janelle and ABC Merchants Solutions LLC), her accounts were frozen and subsequently, $52,866.93 (monies held by her for landlords) withdrawn from the said account. Upon inquiry, Janelle found out that a “confession of judgement” was entered against her. Before Janelle obtained the loan, amongst other loan application documents, Janelle signed a confession of judgement.

Could confession of judgement, stripping off its controversial nature, be adapted to a more salubrious situation in Nigeria?

The average middle- and lower-class Nigerian is faced with access to credit catch-22 conundrum. The banks are not predisposed to give loans to them because they have no/insufficient collateral and no credit rating. They cannot get a credit rating because they do not have access to loans. This unending cycle is what our proposal aims to remedy.

The underlying principles of the confession of judgment can either be adopted in Nigeria as a law (in its entirety or as modified to fit local realities) or enforced as a contractual term. Where it is to be adapted as a law it must, of course, go through the rigorous law-making process, the first of which is advocacy. Without needing to go down that rabbit hole, the most realistic form of immediate and cost-effective adoption of the principles of confession of judgment (although not in its entirety) is to have the parties contractually provide for it either as a clause in their loan documentation or as an add-on document to the loan documentation process.

Notwithstanding the foregoing, the inclusion and application of the principles of confession of judgment are worth pursuing as it exponentially increases access to credit which has the effect of increasing industry, jobs and the overall wellbeing of the recipients of the loan. From the Central Bank of Nigeria, CBN’s report, as at Q1, 2019 there exists a credit gap of over N1.7 trillion that could be lent to individual Nigerians, but which lenders are scared to extend because there is no sufficient legal infrastructure to provide a cost-effective and timeous means of enforcing debt collection.

Adapting the confession of judgement may very well be the answers to unsaid prayers. A “confession of judgement clause” may, therefore, be included in a standard loan agreement (especially those lacking in collateral) unequivocally waiving the borrower’s rights to information and representation upon specific trigger events, one of which is usually a default on the loan repayment. To tamper with its strict provisions, the clause can be set up in such a manner that the trigger would be a culmination of more than one factor or the occurrence of multiple events. The loan documentation should also have a precedent term of settlement signed by both the lender and the borrower which will be held in escrow by a third-party agent. This third-party agent (who should ideally be a trustee because of imbued fiduciary obligations) will neither be representing the borrower or the lender but will rather be representing the transaction. The lender will only have access to the terms of settlement which will form the basis (in concert with the principal loan agreement) upon which the courts will mandate enforcement. These documents held in escrow will only be released after the third-party agent has verified the occurrence of the trigger events.

An actual test for the efficacy of this proposition is to have a contract drawn up with such a clause in existence. Its application may or may not be challenged and put to a test depending on the disposition and/or financial strength of the debtor. Where, for instance, the loan amount is N50,000 and the cumulative loan amount, interest payment and accompanying charges is N80,000, the debtor is less likely to go to court to contest the fairness or otherwise of the terms considering the fact that it might cost substantially more to do so. Its efficacy and general applicability may only be tested where the amount in question is more than the cost of litigation or the debtor is bent on proving a point (which is less likely).

Full disclosure by the lender to the borrower of the principles underlying the confession of judgement document or clause and the effect of same will also serve as a deterrent to borrowers seeking to contest same upon default because they cannot at a later date plead lack of knowledge. As an additional measure, an additional clause may be inserted to read that the “the nature and effect of the confession of judgement was explained to the borrower and the borrower seemed to understand same before executing the relevant document and that the borrower was not coerced into signing the document”.

Although the cardinal principle of law of contract is that a person is free to enter into a contract with any person he or she chooses and that parties to a contract are allowed to contract on any terms they want, the injustice occasioned by the oppressive use of exclusion and limiting terms has warranted the courts to limit the scope and effectiveness of those terms. Inherent in this freedom of contracting right is the presumption of equality of contracting parties negotiating on equal footing, having equal bargaining power, and who are equally able to look after their own interests having a full understanding of the consequence of their actions. This presumption is oftentimes false. The courts will, therefore, frown at contracts that are too onerous. Onerosity is determined by the courts on the basis of stare decisis (historical/precedent cases), considering the terms of the contract and the relationship of the parties and other contractual principles. There may, therefore, be an initial pushback from the courts on the basis of terms in a contract which they interpret to be unfair.

The contra proferentum (which is Latin for “against the offeror”) rule is yet another item to consider. This is a rule in contract law which states that any clause considered to be ambiguous (which the debtor might claim the judgement of confession clause is) should be interpreted against the interests of the party that requested that the clause is included. The likelihood of this rule acting as a bulwark against the enforcement of the clause is unlikely. This, however, does not preclude it from being forefront in the mind of the drafters.

Although not entirely related, but similar to the principles of the confession of judgement is the Global Standing Instruction (“GSI”). This is an initiative proposed by the Nigerian Interbank Settlement System Plc (“NIBSS”) to the Central Bank of Nigeria,CBN for review and possible adaptation. Where the Central Bank of Nigeria, CBN decides to promote this mandate, it will be subsumed under their powers as regulators to foster financial inclusion by encouraging initiatives that promote easy access to credit.

GSI is a mandate executed by an account holder (the debtor) authorizing the recovery of an amount specified by the creditor (the loan amount) from any/all accounts maintained by the account holder (the debtor) across all participating institutions (usually deposit money banks or microfinance banks who have signed up to the GSI scheme). The account holders’ accounts in the participating institution being linked by a bank verification number allow for easy identification. The distinctive characteristics of the GSI is that the GSI is limited to individual accounts and is only in respect of an exact loan amount (in that it doesn’t recognize interest payments, processing or any additional fees or penal rate for default).

There is, therefore, no harm but lots to gain in incorporating the principles of confession of judgement (as modified above) in contracts. This will invariably grow the access to credit scene as it gives the banks or other loan merchants the confidence to provide credit to low — and middle-class members of the society which will invariably have a multiplier effect on the Nigerian economy.