Apple Music, Spotify could be facing new competition from TikTok 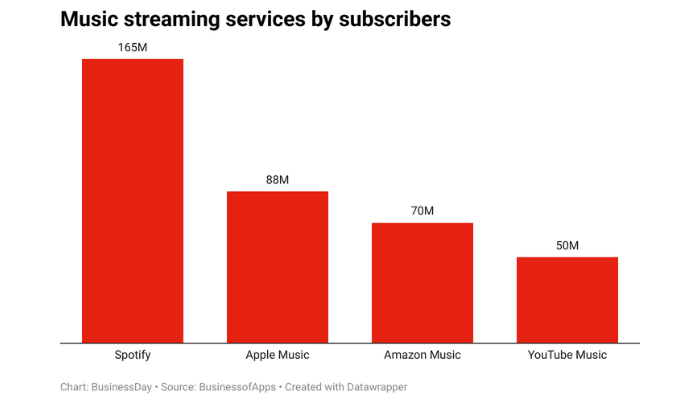 TikTok has been intertwined with music discovery, and now the company wants to extend its reach by launching its own music streaming app.

TikTok’s parent company, byteDance, filed a trademark application with the US Patent and Trademark Office for “TikTok Music” in May. According to the filing, the service would let its users purchase, play, share, and download music. It will allow users to create, share, and recommend playlists and comment on songs; Livestream audio and video, share lyrics and quotes; karaoke function; and send messages among users. ByteDance already filed for a “TikTok Music” trademark in Australia last November.

According to the Patent and Trademark Office, an examining attorney will be assigned to the trademark application approximately six months after the filing date, meaning the application will likely be looked at in early November.

ByteDance has also described the service as having advertising services, perhaps implying that there will be an ad-supported option like Spotify’s free.

ByteDance even uses TikTok to bring existing users to Resso. The TikTok app in Brazil comes with a button that redirects users to Resso so they can listen to the full version of a song they’re interested in, a move that helps keep users within the ByteDance ecosystem.

Resso had over 40 million monthly users across India, Brazil, and Indonesia as of November 2021, a number that’s likely to grow. Resso’s monthly active users grew by 304 percent between January 2021 and January 2022 in India alone, as opposed to Spotify’s 38 percent growth in the country during the same period of time.

It’s unclear whether ByteDance intends to create a music streaming app based on the Resso technology or something altogether different. Just like TikTok changed the way social media sites work, it’s feasible that music streaming apps with TikTok integrations will disrupt the music streaming market, compelling providers to adapt.

Spotify has dominated the music streaming platforms. Before Apple launched its own platform, Spotify had over 50 million subscribers. It has kept the lead as the number 1 music streaming service, although the service’s marketshare has declined as more services have launched, and with TikTok introducing its own music platform, the marketshare of major companies like Spotify, Apple Music, and YouTube Music might fall when the app launches.

TikTok has centered itself around content creation and the use of music to heighten its popularity. Celebrities have also joined the trend of using their songs in TikTok videos to make a challenge where people can use the song to make vlogs or do dances. Nigerian artists like Ckay, Rema, and Arya Starr have participated in using the service to blow up their songs. Recent years have seen artists like Nil Nas X, Doja Cat, Ava Max, and more blow up thanks to TikTok.

The platform has over 1 billion active users globally, so it’s not surprising that the platform will introduce a music service that can help build its ecosystem.