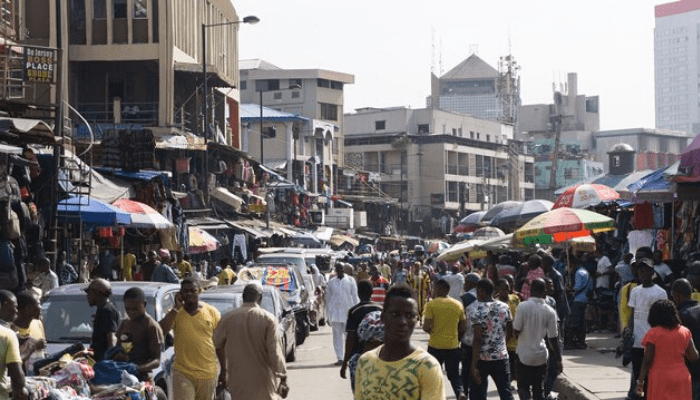 A national scale ratings of ‘ngA-/ngA-2’ means, the lowest risk business in the country is susceptible to adverse economic conditions although its capacity to meet its financial commitment on the obligation is satisfactory.

On the other hand, a long-term and short-term sovereign credit ratings of ‘B/B’ means Nigeria remains in the non-investment or speculative-grade as an obligor that currently can meet its financial commitments but could face difficulty in doing so in the face of adverse business, financial, or economic conditions.

The downgrade by S&P, adds among the list of other international rating agencies to slap Nigeria with a negative outlook for the year, citing weakness of current economic realities as reason.

Moody’s and Fitch had in last year, revised their outlook for Nigeria from “stable” to “negative” in what they said was due to Nigeria’s increasing vulnerability from its current macro policy setting and the rising risk of disruptive macroeconomic adjustment in the medium term amid continued real appreciation of the naira.

Moody’s also downgraded the outlook for Nigerian banks as well as their counterparts in other African countries. This sent stocks of listed firms to lower lows as investors reacted to the downward rating.

However, while Fitch in its forecast had a slightly higher rating at B+, both Mood’s and S&P had a much lower rating at B2 and B respectively.

But like Moody’s, the downward rating by Fitch has serious implications on the health of Africa’s largest economy, especially at a time when the economy requires enough investment oxygen to breath, analysts who spoke to BusinessDay say.

These implications are highlighted below.

Being downgraded can have a big impact on a country’s ability to borrow money from the markets, as investors see it as a riskier bet and demand higher returns to lend to governments, according to Gbolahan Ologunro, an equity researcher at CSL Stockbrokers.

“But for falling yields in advanced countries, Nigeria would have had to pay at a higher interest than it did on offshore borrowings,” he said.

Nigeria’s downgrade comes as the country prepares to tap into the international debt market for $3.3bn to plug its budget deficit for 2020 and refinance existing Eurobond.

The capital raise will see $2.786bn committed to financing capital projects in priority sectors of the economy that are including power, transport, works and housing, aviation, health, education, agriculture and rural development, said the Debt Management Office (DMO).

A part will also be used to finance existing $500m Eurobond that will mature next year.

A successful outing for Nigeria would raise foreign exchange reserve to at least $40.7bn and halt the steady decline in foreign currency holding since mid-January, which along with a longer a downward trend in reserves has brought fears of devaluation to the fore in recent months.

It would also raise Nigeria’s Eurobond debt stock to a minimum of $13.868bn with total external stock estimated by the Debt Management Office (DMO) to be $26.941bn increasing to approximately $30bn.

While foreign debt has been cheaper for the government due to low-interest-rate environment in the developed world, the International Institute of Finance (IIF) has warned several countries in Sub-Saharan Africa, including Nigeria, will face substantial debt amortization payments in coming years.

“The medium-term (debt amortization) peak will be reached in 2024-25, with $6.6bn and $7.4bn in repayments, respectively. In terms of individual countries, Nigeria, Kenya, Ghana, Angola, and Zambia will feel the highest-burden,” IIF said in a January report.

“Ghana, Nigeria, and the Ivory Coast alone are responsible for more than half of the 2020 total.”

For 15 of the countries studied by two-thirds of an outstanding Eurobond debt of around $75 billion will require repayment over the next ten years.

In the third quarter of 2019, Nigeria paid $263m as interest fee on its Eurobond, according to DMO.

For Nigeria, a downturn of oil price remains a risk to foreign borrowing as it could cause a surge in debt levels and make repayments difficult. But this has not discouraged expensive short term inflows into central bank (CBN) bills to finance growing budget deficits.

Already, in the 2020 budget, Nigeria plans to spend almost a third of its projected revenue to service its debt that has almost tripled to N25 trillion in the last four years.

With a revenue projection of N8.42 trillion in the 2020 fiscal year, debt servicing is expected to gulp N2.452 trillion or 29 percent, according to a statement by Zainab Ahmed, minister of finance, budget and national planning. That’s high when compared to the 14.5 per cent used in servicing debt in 2019.

With dwindling revenue in the wake of falling oil prices, it would become difficult for the government to meet up with its financial obligation.

According to Fitch, Nigeria’s debt remains on an upward path, while particularly low fiscal revenues and structural shortcomings in public finance management constrain the sovereign’s ability to support a rising debt burden.

With the downgrade negative, from three of the world’s biggest rating agencies, the risk associated with short-term assets including the CBN’s OMO and the treasury bills will likely increase, thereby putting pressure on the exchange rates as portfolio investors scale down on exposure of Nigerian asset.

This has resulted in an influx of non-foreign institutional investors’ scramble in the treasury bills market, crashing the average yields to as low as 7 per cent, according to FMDQ data.

With Inflation at a record high of 12.13 per cent in January, real yields stood negative at (-6 per cent).

S&P said an estimated $12 billion of the Nigeria’s external reserve is held by Foreign Portfolio Investors.

With the fall in reserves and oil prices, S&P noted that the holdings of the CBN’s short term bills could be subject to changes in foreign investor sentiment and a potential sell-off, thereby creating risks to current reserve levels.

Given these risks, S&P said it has added the CBN bills to general government debt.

The downgrade to negative can further lead to shrinking reserves as the country continues to cushion the effect of increasing outflows.

Last month, the CBN said it saw no adjustment in its exchange rate in sight, except its reserves fall below $30 billion while oil price, which accounts over 85 per cent of the countries exchange earnings fall below $45 per barrel.

Nigeria’s reserves as of 2nd march stood at $36.5 billion, according to CBN data, its lowest levels in more than one year.

Fitch noted that under Nigeria’s current economic framework, a sharp devaluation of the currency will stoke macroeconomic volatility and significantly weaken some of the country’s key credit metrics, including its gross domestic product per capita in dollars and its share of world GDP.

The naira closed 364/$, Monday, at the I&E window, according to FMDQ data.

Fitch says the substantial appreciation of the naira over the last years is uncorrelated with macroeconomic fundamentals and is set to continue, driven by high inflation.

The Nigerian stock market has fallen 3.8 per cent this year, based on data obtained from Bloomberg terminal, as investors weigh the likely impact of the deadly outbreak the Coronavirus which has claimed over 3,044 lives, would cause on global demand

The downgrade to negative by S&P, Fitch and Moody’s could further exacerbate investor’s already weak sentiments.

Banks to cut off lending tap: Five things to start your day

US Shale economy pants for breath after firms cut spending…