Revenue vs debt: Why some states need to be cautious 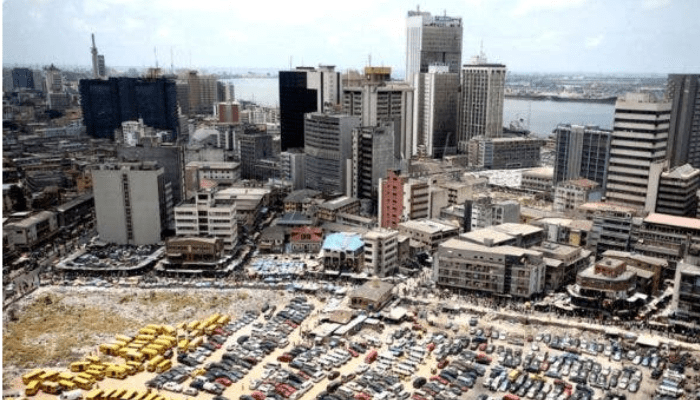 A few days ago, a notable governor in Nigeria stirred up a hornets’ nest when he said the country was in a deep financial crisis due to declining revenue, so much so that, in March 2021, the nation had to print about N50 to N60 billion to supplement the foreign earnings from the sale of crude oil before states and FG could get their monthly allocations.

The governor’s comment generated mixed reactions as some people said the development was not new because it had been going on for a while. From the viewpoints of professionals, there is a limit to which we could print money to salvage Nigeria’s fiscal crisis, which is why the FG, 36 states and FCT Abuja must embrace prudence in resource management. Debt does not become a problem until the state or country finds itself in a position of default.

“Technically, government is imposing unavoidable tax on the people, and everyone is going to pay. As it stands, this helicopter money approach will not work given that the interest rate is already high. Helicopter drop is a strategy that makes more money available to the public.

“The CBN can be more innovative in using this approach, and could use it to get people to work and make people productive. Without increasing productivity to substitute for our imports and decrease our import of fuel, which is the greatest user of foreign reserves, little or no headway is possible”, Olaolu Olayeni, an economist at the Department of Economics, Obafemi Awolowo University Ile Ife, said.

The issue of declining revenue is not just raising its ugly head for the first time, it has become part and parcel of Nigeria and it is due partly to the structure of the economy where a single resource-crude oil, determines the expansion and contraction phases of the Nigerian business cycles.

After the monthly federal allocation is shared among the three tiers of government-local, state and federal government, there are other obligations that weigh on each state’s allocation to the effect that, a state may not be in any position to execute developmental projects like infrastructure, when such states have huge obligations to their creditors.

In 2020, the 36 sub national governments and the Federal Capital Territory (FCT) Abuja, received N3.52 trillion as revenue. The annual revenue of a state government comprises the monthly FAAC and the internally generated revenue (IGR). In 2020, the total annual FAAC received by the 36 state governments and FCT Abuja amounted to N2.29 trillion representing 65.2 percent of their annual revenue. In 2019, the annual FAAC to states and FCT was N1.64 trillion, representing 55.2 percent of that year’s revenue. This shows the 2020 FAAC was 39.8 percent higher than the FAAC shared in 2019.

When revenue and debt are analysed on a state-by-state basis, Bayelsa State recorded the most growth in revenue in 2020. Realised N127.2 billion from FAAC and IGR in 2020, Bayelsa’s annual revenue rose by 260 percent when compared with N35.4 billion the state earned in 2019.

The revenues of twelve states fell in 2020 with Kano, Benue, Cross River, Ogun and Osun the most affected states. Their revenues in 2020 fell by 12 percent, 13 percent, 15 percent, 21 percent and 27 percent in that order.

Precisely, ten sub-national governments need to be cautious of the way they pile up debts as, during the period, the growth in their debts surpassed that of their revenues. Yobe State topped the chart of such states. In 2020, Yobe State’s total debt grew by 67 percent while its revenue grew by 31 percent, which suggests that its debt grew by twice as much as its revenue within the period. Gombe State’s revenue which increased by 55 percent during the period fell short of the 66 percent growth in debt obligations of the state. Anambra State grew its debt stock by 38 percent in 2020 fiscal year, and that compares to 2 percent growth in revenue.

PAYE, MDAs’ revenue, other taxes respond to reforms most in 3 years