When will ALSCON resume the production of Aluminium? 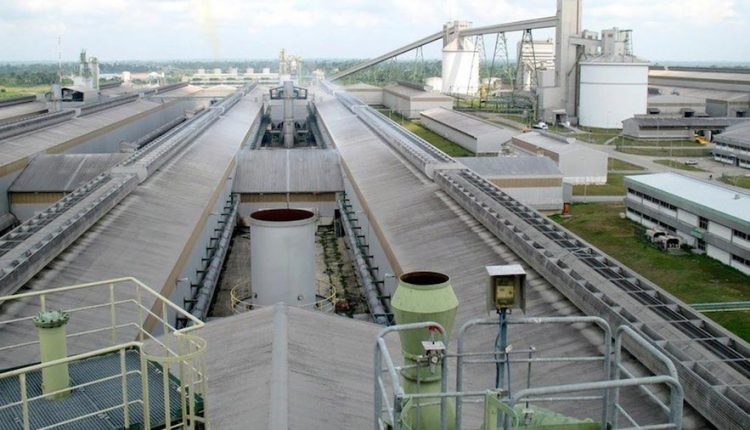 For different people, jailing the Director-General (DG) of the Bureau of Public Enterprises (BPE), Alex Okoh, for failing to take over the Aluminium Smelter Company of Nigeria (ALSCON) from UC RUSAL of Russia, as ordered by the Supreme Court of Nigeria, means different things. In December 2019, the Federal High Court sitting in Abuja ordered that Okoh be remanded in prison for at least, 30 days for his disobedience to the June 6, 2012 judgment of the Supreme Court which affirmed Bancorp Financial Investment Group (BFIG) as the true owner of the ALSCON. For some, the ruling means “Justice in Action”, as otherwise would have meant bringing the Supreme Court of Nigeria into disrepute. For others, it is the victory of America over Russia. But the questions that matter, especially for patriotic Nigerians, is “When will ALSCON resume the production of Aluminium? When will trained smelters and other professionals return to their duty post?”

ALSCON was incorporated in 1989 with the Federal Government of Nigeria (FGN), Ferostaal AG of Germany and Reynolds of America as share-holders on an equity holding of 70percent, 20percent and 10percent, respectively.

The company was established in order to utilise and enhance the country’s gas reserve and to discourage gas flaring, since the natural gas being flared would be needed to generate electricity for the smelter plant.

Other objectives for which ALSCON was established can be summarised as follows:

·         To create an avenue for transfer and acquisition of technology

·         To conserve and earn foreign exchange by meeting the country’s aluminium need and to export finished products to the international market.

Most of the above-mentioned companies shortlisted for the ALSCON bid failed to submit technical and financial bids; for that reason the privatisation process was aborted.

BFIG emerged as the preferred bidder with a bid price of $410m, while UC RUSAL was disqualified for submitting a conditional bid.

However, reports from BPE stated that BFIG did not meet a deadline of July 8, 2004 for the payment of 10percent of their bid price and was therefore disqualified.

Consequently, BPE handed over ALSCON to UC RUSAL at a bid price of $250million on the basis of a “Willing-buyer-Willing-seller”.

In September 2004, BFIG dragged BPE before an Abuja High Court for overturning their victories, claiming that BPE frustrated their attempt to pay 10percent of their bid price within the stipulated period.

The Court process proceeded from High Court to Appeal Court and to the Supreme Court. There were victories and counter victories until June 6, 2012, when the Supreme Court affirmed BFIG as the True Owner of ALSCON and ordered the DG of BPE to reclaim ALSCON from UC RUSAL and enact a mutually agreed Share Purchase Agreement (SPA) with BFIG.

Past and present (DGs) of BPE have previously stated that BFIG had serially defaulted in meeting its financial commitments as directed by the court, a claim which BFIG has consistently refuted.

The average Nigerian may see ALSCON as just a company that produces Aluminium ingots and so wonders why Russia and America should be jostling for the plant while they have the capacity to build more gigantic plants in other parts of the world; but for some of us, keen watchers and participants in the developments in ALSCON, ALSCON’s location rates it more than just a company for the production of Aluminium.

A study of Geography shows that the Gulf of Guinea coast line spans from Ghana to Liberia and includes more than ten states which have huge economic importance to the United States and the West. A huge percentage of Africa’s oil production comes from the Gulf of Guinea. With the recent discovery of offshore hydrocarbon deposits, activities within the Gulf are increasing. Therefore, the unending battle for ALSCON’s soul is more than the average Nigerian can see.

Past and present Nigerian governments’ interest

The administration of President Olusegun Obasanjo never hid its interest in seeing that ALSCON is acquired and operated by UC RUSAL. Not much was heard from the Judiciary as it pertained to ALSCON ownership all through that administration.

However, this was not the case during President Yar’Adua’s era. In November, 2007, there was a meeting attended by the American Charge d’Affaires , Lisa Patrick, representing the then US Ambassador to Nigeria, Terrence MC Curley. BFIG representatives and the late President Yar’Adua were part of the meeting.  The Ambassador said, among others, that they had already secured the services of Port of Los Angeles of America to carry out the dredging of Imo Rivers at their own cost, estimated at 200 million USD, and to generate more support to BFIG.

The proposal from the Americans seemed attractive, but never saw the light of day following the sudden death of the President.

After the exit of President Yar’Adua and throughout the administration of PresidentGoodluck Jonathan, it was difficult to say where the government’s interest lied. President Jonathan was generally docile on issues related to ALSCON, even though bilateral relations between Nigeria and Russia increased during his administration.

Within the administration of President Muhammadu Buhari, two significant events have taken place to suggest where the interest of the President lies.

In January 19th, 2018, at the Ministry of Mines and Steel Development, Abuja, something happened; it was the signing of an agreement between the Federal Government of Nigeria and UC RUSAL of Russia for the sale of ALSCON to the latter. The agreement was tagged ‘Renewed Share Purchase Agreement (Renewed SPA)’. In attendance were the Russian Ambassador to Nigeria, Nickolai Udovinchenko and his team.

If indeed the January 19th, 2018 event was an indication of where the interest of the present Nigerian administration lied, then the recent pact between President Buhari and President Vladmir Puttin  of Russia during the Russia-Africa summit could have been said to be a confirmation of a shift towards the Eastern bloc.

However, the recent jailing of the DG of BPE on the ground that he refused to take over ALSCON from the Russians who are presently manning the company has again opened up ALSCON windows for discussion on where the government interest lies.

Economic liberation and emancipation of Nigerian workers will always remain at the forefront of the labour leaders’ interest. We preach decent job agenda, and as workers and advocates of the workers, we have always given one hundred percent support to any organisation that employs Nigerian workers on decent jobs.

When Americans/Germans employed approximately 2000 Nigerians on decent jobs, prior to the privatization of ALSCON, we gave them one hundred percent support; and ALSCON plant was healthy in all ramifications.

When the Russians operated ALSCON immediately after privatisation, the workers gave them one hundred percent support. The support continued until they began to retrench Nigerian workers on grounds that were at variance with in-house Collective Agreements and established industrial norms.

In 1997, when the production of Aluminium was suspended in ALSCON due to ideological differences among the Federal Government of Nigeria, the Germans and the Americans, ALSCON warehouses were stocked with raw materials and spare parts planned to sustain the company on a continuous production stream of, at least, two (2) years.

During due diligence inspection and assessment prior to bidding for ALSCON, most prospective investors were surprised that such a brand new modern plant with state of the art facilities was left unattended to.

It was therefore, a surprise to labour leaders that ALSCON was enlisted for privatisation alongside moribund companies like Savannah Sugar Company at Adamawa, Nigerian Airways, and others. Of course, the labour leaders resisted the outright sale of ALSCON on the ground that the company could be made to run profitably with an astute and prudent management in place. However, the government might have its way and sell ALSCON, thereby denying Nigerians the economic benefits of the company.

There is no denying the fact that the two main contenders of ALSCON have the capabilities to run ALSCON profitably. The presence of Mr. Ditman, a German and a former Managing Director of ALSCON, alongside his team by the side of BFIG during a public hearing I attended in Abuja, is an indication that BFIG is working in collaboration with Ferrostaal AG of Germany, the original installers of ALSCON. On the other hand, the Russians are not new in the field of Aluminium Productions. For a long time, UC RUSAL has maintained the number one position in the Aluminium market worldwide.

When ALSCON was conceived and built, the slogan was “we turn waste to wealth”. And so, it was because one of the major requirements in Aluminium production is the availability of natural gas needed to generate electricity. In those early days of ALSCON’s incorporation, natural gas was flared with alacrity and the cost of gas was negligible compared with the cost of oil; so the slogan “we turn waste to wealth” fitted the time. Today, gas is as valuable as oil. Therefore, for a start, whosoever desires to acquire ALSCON should be prepared to buy gas at a commercial rate.

Finally, as a worker and a representative of Nigerian workers, employment remains my constituency. For without employment, there will be nobody to lead. Therefore, like every other labour leader, my support goes for that employer who will employ Nigerian workers on decent jobs.

At the same time, I share the views of right-thinking Nigerians, including the Sultan of Sokoto and President General of the Nigerian Supreme Council for Islamic Affairs, Alhaji Sa’ad Abubakar, who admonished Nigerians as follows: “We must regularly obey and respect the laws of our land. We should never disregard the laws to avoid the consequences. If a Court makes a judicial pronouncement on a particular matter, it should be obeyed to the letter. ”The Sultan gave this warning on the 12th December, 2019 in Abuja during a meeting of the Nigeria Inter-Religious Council.

As we ponder on who is to restore the dignity of Nigerian workers in ALSCON, we are equally not losing sight of the legal implication of ALSCON as a legal entity. Who desires to run ALSCON should respect the Nigerian legal system so as to gain the support of a civilised society.

Reducing the risk of medication related deaths in Nigeria

Manufacturing PMI slows to 51.1pts in March 2020, lowest in over a year