Nigeria’s only listed mining firm to invest $100m in Nasarawa 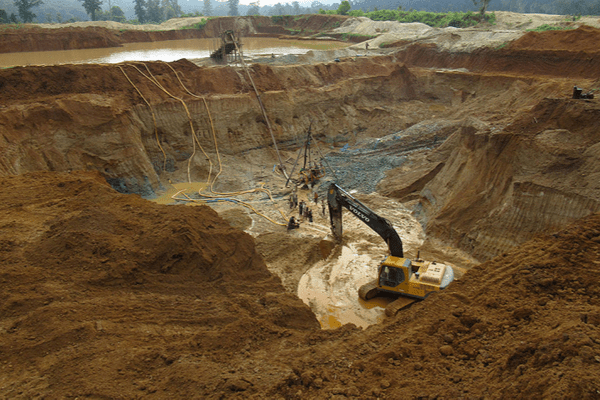 Multiverse Mining and Exploration Plc, the only listed mining company on the Nigeria Stock Exchange (NSE), is investing $100m in Nasarawa State, it has announced.

The company has already invested over $70 million and has concluded plans to install a floatation plant worth $100 million, as a response to the call by the Federal Government for investors to add value to mineral resources before export.

The Managing Director of the company, Ayedun Fasina, disclosed this when he led a delegation on a courtesy call on Nasarawa State governor, Abdullahi Sule in Lafia.

Fasina announced that the company which has been operating for over ten years in the state and is hope to impact more on the lives of the people and to the overall development of the state.

“We are happy to inform you that over 70 million dollars have been invested and right now, and in line with the FG policy on adding value to mineral resources being mined, an investment schedule of about one hundred million dollars to install flotation plant is on the ground.

“I think it’s at the port now to be shipped in a few weeks and installation will start”.

As a matter of fact, once we test-run the plant and the mining project, we plan to invite the President for the commissioning,” the firm’s MD told the governor.

He assured the governor that with the success of the project, the only one in the country, a lot of foreign direct investments will come into Nasarawa State because the firm was in partnership with a province in China.

“As a good corporate citizen, we are law-abiding and we are ready to work within the state.

He announced that the company had a comprehensive community development agreement.

“It’s even a community participatory and product sharing agreement in which we believe that we must, first of all, give back to the environment in which we operate and the people we are working with must also at the same time have the benefit and enjoy the resources God has given them,” Fasina stated.

He, however, said that the firm sought the cooperation of the government towards protecting its investments in the state.

Governor Sule on his part said that his administration determined to promote investments in the state.

He explained that his biggest concerns were generating employment for the people of the state as well as generating revenue for the state.

According to Sule, once the state indigenes were employed, they would have the opportunity to learn some technical skills.

“The other area is the community where you operate and I’m glad you mentioned your corporate social responsibility about the area.

“If the people are employed and they have a little money and you are a quoted company then people from Nasarawa State can also be shareholders in your company.

“These are the three major concerns for me. As a state, then we know how much revenue the state will be generating,” he said.

Sule while cautioning the company against giving individuals revenues meant for the local government and the state, directed them to ensure they remit such revenues into the coffers of the various levels of governance.

The governor assured that government would do everything possible to ensure protection of investments coming into the state.

He stressed that his administration is poised to partner with real investors that will come into partner with the state in order to promote economic activities, not just briefcase investors.

Paper industry booms, but Nigeria not in the party