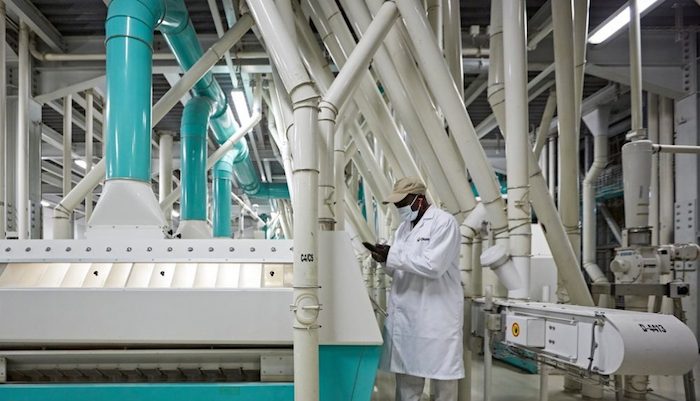 Nigerian manufacturers continue to bear the brunt of inadequate power supply as they spent more providing their own energy for production and operations in 2020.

In its H2 economic review, MAN revealed that in 2020, manufacturers spent N81.91 billion on providing alternative energy, representing a 33 percent increase when compared to the N61.38 billion expended in 2019.

The increase was attributed primarily to the upward review of fuel price by the Petroleum Products Marketing Company (PPMC), a subsidiary of the Nigerian National Petroleum Corporation (NNPC) in September, months after the federal government announced its intention to stop subsidy payment on PMS.

“The increase in alternative energy expenditures in the sector was attributed to the general high inflationary pressures in the economy. However, specifically, the increase in the petrol pump price exerted significant influence on prices of some of the fuel used by the sector to generate electricity,” the report stated.

Experts affirm that the halt in production activities in the first half of the year, occasioned by the outbreak of the Coronavirus pandemic and the lockdown, which followed, was primarily responsible for the drop in energy cost.

But as activities resumed, manufacturer’s cost of production increased not just in energy cost but also in the procurement of raw materials.

In September, PPMC increased the price of petrol, to N151.56 per litre from N138.62 per litre, and a further increment to N162.5. The retail cost of diesel at various filling stations also increased by 40 percent to N250 per litre in February from N185 in December 2020.

Reviewing major challenges faced by manufacturers at a luncheon, Mansur Ahmed, president of Manufacturers Association of Nigeria (MAN), said epileptic power supply and high costs of self-generated electricity, were key issues hurting the growth of manufacturing companies in the country.

“The implication of these challenges highlighted is that it impedes the growth and development of the manufacturing sector, thereby affecting the attainment of the sector’s full potential of massive job and wealth creation,” Ahmed said.

He noted that when there is steady energy supply, operating costs of manufacturers fall, leading to the production of cheap but high quality products that can compete in the local and global market.

Nigeria ranked 169 in the getting electricity metric, scoring 47.4 points on the World Bank’s ease of doing business 2020 report and a zero in the reliability of power supply. Experts say that the high energy cost of these companies threatens the existence and continuity of the businesses as they are forced to produce at a higher cost and are unable to transfer the cost to cash-strapped consumers causing them to incur debts.

As a result of spending more on alternative energy, manufacturer’s cost of production increased. This further compounded the struggles of players in the sector as the demand for locally produced goods declined significantly, leading to a loss.

In its Q4 2020 CEO Confidence Index (MCCI), MAN revealed that high cost of power due to increase in electricity tariff, poor electricity supply, increase in the cost of self-generated electricity due to the increase in fuel prices were major challenges encountered in the business environment which significantly reduced productivity and revenue.

MAN also notes that some flourishing companies in Nigeria relocated to neighboring countries due to poor power supply in the country, noting that the consequences of such action are underdevelopment, job losses, bad international reputation, among others.

As a recommendation, MAN advised that it is necessary to reverse the current increment in electricity tariff and focus more on improving generation, distribution and efficient use of available electricity.