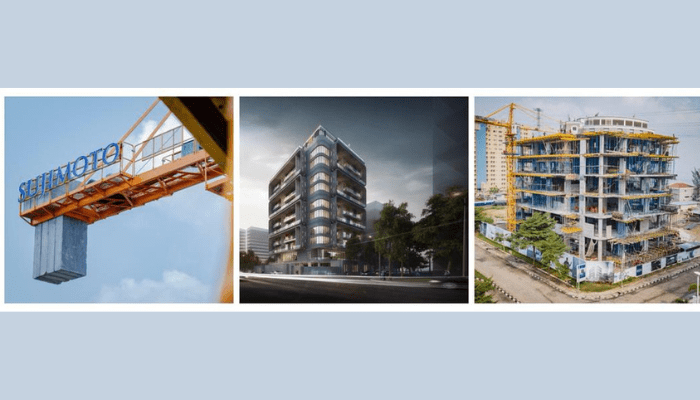 It was in 2019, I was near ‘dead broke’ after I had just spent millions on the #SujimotoIs5 event – an event that put Lagos at a standstill!

At that time, the foundation and piling of the LucreziabySujimoto was taking billions of Naira, and we had two (2) other major projects that were killing me financially. Society was watching and failure wasn’t an option!

In that instance, a friend and an ‘egbon’ approached me to sell the Lucrezia’s penthouse to him. After negotiation, we agreed $2.5M and he made me leave NYC to meet him in Dubai, but he never showed up.

I was desperate and devastated. When I returned to Lagos, the ‘egbon’ apologised and we had series of meetings. At last, even though he did not buy, we were lucky because we found a magnanimous bank (Providus Bank) which, despite all odds, gave us the capital, not only to continue the project but to complete it!

In November 2020, we completed the foundation and today, the LucreziaBySujimoto is now on the 6th floor – the fastest of its kind. The same penthouse we offered the egbon in 2019 at $2.5m is now selling for $8.5M!

Don’t allow anyone use their bread to lick your soup. No one can design your destiny except you, but you have to make the move! Whatever the Almighty has for everyone will surely come to pass, FAILURE is not an option!