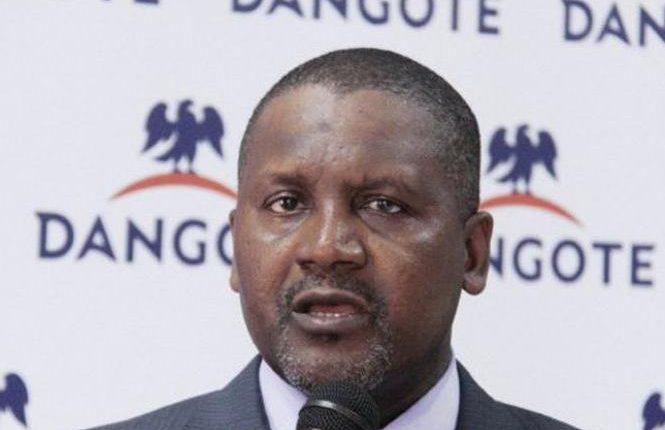 The spread of covid-19 and the oil price war between Russia and Saudi have forced a dramatic drop in crude oil price. Brent crude price was $30.57 per barrel at 11.20am on Friday—almost $27 from $57 budget benchmark. WTI crude oil price was $27.45 per barrel. Though these represented a rise from $22 per barrel few days before, the situation still portends danger for an oil-dependent Nigeria. The current situation is worse than 2016 situation and could batter Africa’s largest economy.

But those of them with advanced backward integration projects could be in driver’s seat as that could make it easy for them to source local inputs from their own projects.

Backward integration occurs when a company buys its suppliers or internally produces segments of its supply chain.

Dangote Sugar currently imports raw sugar, but its sugarcane plantations could enable it to source raw sugar for onward refining at its Apapa, Lagos, plant.

The company is investing billions in sugarcane plantations in states such as Taraba and Nasarawa.

It plans to produce 1.5 to 2 million tonnes of refined sugar annually from sugarcane plantations covering more than 150,000 hectares of land across a number of sites in Nigeria.

“This step will move Dangote Sugar from a port-based refining to fully integrated sugar production within Nigeria, thereby helping Nigeria to achieve self-sufficiency in sugar production, and create over 100,000 new employment opportunities,” the company says on its website.

Apart from its projects in sugar, which gulp over N50 billion, FMN has oil palm plantations at Ugbogui and Iguiye near Benin City in Edo State. It has expanded to 4,000 hectares (ha) of established palm in the first phase of local palm oil production needed to support the upstream needs of the group’s oil refining operations in Ibadan.

At full capacity, the estate can produce 1 million tons of sugarcane which roughly translates into 100,000 tonnes of sugar yearly.

John G. Coumantaros, chairman of FMN, said at the 2019 annual general meeting that the Sunti Golden Sugar Estates achieved its first development target of 2,836 hectares of land under cane in July 2018.

Through its Caraway Foods International Nigeria Limited, Olam Nigeria is developing a strong tomato value chain to enable it get fresh tomatoes for onward production of concentrate and paste.

The company started a pilot project in September 2019 on 20 hectares of farmland across three locations in Kano and Jigawa states, which will be expanded to 500 hectares later this year. It plans to commence a larger out-growers programme to engage 1,000 farmers to be trained and provided with seeds that will deliver the same kind of output the pilot farms are recording.

“It is a very proud moment for us to say that our products are 100 percent locally made and also because it provides employment,” said Prashant Thakur, regulatory head for Caraway Africa Nigeria limited, who is also heading the tomato backward integration project.

Olam also has BIP projects in its cereals across Nigeria.

More so, PZ Wilmar, which is a subsidiary of PZ Cussons, has over 50,000 hectares of oil palm plantation in Cross River State. The firm acquired the defunct Calaro Oil Palm Estate, formerly owned by Cross River government, as well as the 12,805-hectare Kwa Falls oil palm plantation, formerly owned by Obasanjo Farms. It also bought the 5,450-hectare Ibiae Oil Palm Estate and another 8,000 hectares estate in Biase.

Many manufacturers have established partnerships with local suppliers to save costs and beat FX crunch. They are willing to avoid the mistake of 2016 which saw 54 manufacturing firms shut down and 222 small businesses go under as a result of FX crisis.

Guinness Nigeria plc works with more than 30,000 farmers of sorghum who supply the brewer with the commodity regularly.

“We have a team that works with a wide range of partners to provide technical services, farming knowledge, financing, insurance, processing and harvesting to enable over 30,000 small-scale farmers move from basic to more efficient and productive yields,” Baker Magunda, managing director of Guinness Nigeria plc, told BusinessDay in an exclusive interview. “The team helps them to get high yielding seeds and to have confidence in financial matters so that when they get money, they can make better choices,” he further said.

Nigerian Breweries is also working with Psaltery Limited for sorghum supply. Similarly, FrieslandCampina has a BIP project in Oyo State where Fulani herdsmen supply raw milk to the company.

Analysts say companies without BIP projects or plans to source locally may struggle as FX crisis nears. Nigeria has failed to diversify and relies on oil for over 90 percent of FX earnings and 70 percent of revenue.

Bitcoin, altcoins dust off gloom as market claws back gains