AfCFTA is here, but can Nigeria rise to the occasion? 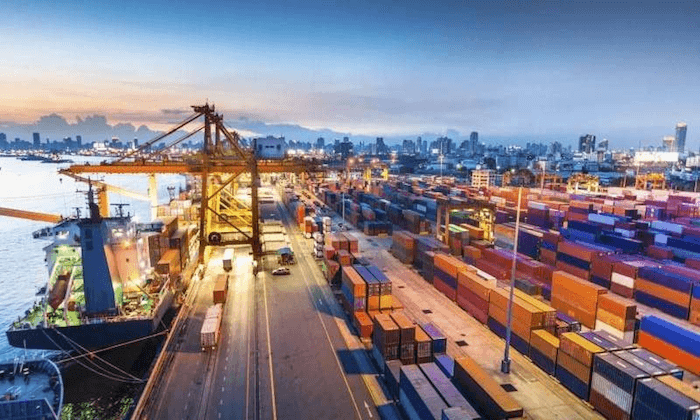 Nigeria is Africa’s largest economy, no doubt, and as a market, the existence of a free trade agreement makes it a choice destination for other countries on the continent. For policy makers in Nigeria, this is the singular factor, or at least, a major one that is most dreaded in terms of anticipated downsides from the agreement. There is hardly much thought given to how the country can instead rise to the occasion and perhaps, look to capture more market share on the continent. To do this would require making the business environment in Nigeria more competitive and attractive for more foreign investments, which goes without saying the country cannot boast of this ability at the moment.

The policy makers fear other countries would ‘dump’ their goods in Nigeria, but a crucial question remains unanswered. Why are other countries able to produce and get into the market at low entry points? In Nigeria, cost of production remains high and in many cases prohibitive for further investments to find their way here.

While a number of Nigerian manufacturers, exporters and farmers had told BusinessDay the country is ready to participate and fully take advantage of the African Continental Free Trade Area (AfCFTA), the usual suspects limiting growth remain the same. Power, (multiple) taxes, bad roads in places they manage to exist, floundering human resource capacity, insecurity and an endless list of how doing business in Nigeria could be a nightmare combine to make it an unattractive destination to produce. But to sell, yes! And the large population (low purchasing power regardless) is the sole reason.

AfCFTA is the largest trade agreement after the World Trade Organisation (WTO) and is touted to open up a $3.4 trillion opportunity for a continent barely trading at 16 percent with each other. For Nigeria, which is also the continent’s most populous nation, it is an opportunity for firms to grow revenue, profits and a lagging gross domestic product, while creating jobs for a country with 27 percent unemployment rate and misery index of 43 points.

With the entire continent essentially becoming a single market, at least on paper, it means companies currently operating in Nigeria but finding the business environment stifling could leave for neighbouring Ghana, Benin or even Kenya, Ethiopia or some other economies considered more friendly and supportive of their business existence. But, is Nigeria prepared to stop this from happening?

Analysts have said the state of Nigerian ports, especially Apapa and Tin Can, must change for Nigeria to make headway in an AfCFTA era. In Apapa, the cost of moving goods in and out of the ports has doubled in the over the past year, mostly on account of bribe seeking officials and other manmade bottlenecks. About 5,000 trucks seek access to Apapa and Tin Can ports in Lagos every day whereas an earlier plan was for only 1,500 to access the ports, according to the Lagos Chamber of Commerce and Industry (LCCI). Scanners are not working and delays are common, putting perishable export products at risk. However, logistic is still a major problem across Africa, as roads are still bad.

Companies currently operating in Nigeria but finding the business environment stifling could leave for neighbouring Ghana, Benin or even Kenya, Ethiopia or some other economies considered more friendly and supportive of their business existence.

There is also an expectation that any firm without a good business model might crash. Many businesses in Africa, not just Nigeria, may not be able to sustain the heat, but analysts expect that large enterprises will naturally drive many SMEs. More so, a number of SMEs with excellent business models could transform into large enterprises due to expansion and growth opportunities that will be presented by the trade deal. However, the ability of SMEs to fully participate in this new market of opportunities is also in doubt.

Recently, BusinessDay reported that majority of small businesses in the country were unaware of the African Continental Free Trade Area (AfCFTA) Agreement, which began on January 1, yet they contribute almost half of Nigeria’s GDP. This lack of knowledge stands between small businesses and the numerous benefits that are expected to come with the agreement, and how to protect themselves against any threats it may pose to their survival locally.

A survey by the Centre for International Private Enterprise (CIPE), an organisation that works to support democracy through private enterprise, found that there is a low level of awareness regarding the existence of the trade agreement among Nigeria’s Micro, Small, and Medium Enterprises (MSMEs).

“We found a worrying degree of unawareness about AfCFTA. Two-thirds of MSMEs surveyed declared not knowing of the deal’s existence. This lack of knowledge is particularly acute among smaller businesses and can represent an enormous obstacle to the successful uptake of AfCFTA,” CIPE stated.

The survey was conducted using 1,800 MSMEs in five states: Abia, Anambra, Kano, Lagos, and Abuja (FCT) based on the high presence of MSMEs in the selected states and their homogeneity. Across the selected states, the study sampled agricultural, manufacturing, services, and wholesale/retail firms.

To the question, “Are you aware of the AfCFTA Agreement which Nigeria signed on July 7, 2019?” Sixty-seven percent of respondents answered “No”, according to the report, while 25 percent said they were aware and 8 percent picked neither affirmative response.

“Information is a big gap. You cannot plan for a market that you do not know or understand,” said Opeyemi Oriniowo, principal partner, Rindev Consulting Limited who was quoted in the report.

Further disaggregation by enterprise sectors shows that 97 percent of agricultural MSMEs were not aware of the agreement, the highest among the categories.

The researchers found it surprising that given the increased awareness of the importance of services as both inputs to other exports, and as exports themselves throughout African economies. Some 92 percent of the MSMEs surveyed in the services sector said they were not aware of the AfCFTA agreement.

Damilola Adewale, a Lagos-based economic analyst said that the fact that most respondents who are from the informal economy, do not know about the agreement makes the chances of benefiting from it very slim.

“The unawareness of these small businesses that are the engine of growth and employment in the country is an indication that the country is in a disadvantageous position,” Adewale further added.

Similarly, Ayodeji Ebo, senior economist at Greenwich Merchant Bank pointed out that the lack of awareness is going to be a major miss for the MSMEs because of the market the agreement seeks to create for them.

“The Government will need to create the awareness and resources to highlight these opportunities to them. They should look beyond the finance that they need, but try to fill the capacity and knowledge gap,” Ebo said.

Among the minority of respondents aware of the Agreement’s existence, there is a general optimism surrounding the prospective effects of its implementation. The opportunities the agreement presents are ability to penetrate new markets, market expansion, access to a variety of goods and services, stronger cross-border supply chain, positive for industrialization, opportunities for services trade to enhance prospects of poverty reduction, and employment generation.

However, many are worried about the prospects of more competition. Threats to MSMEs in Nigeria on the back AfCFTA include an increase in foreign competition, a reduction in the demand for local goods, and the dumping of sub-standard products.

“Nigerians are not loyal to brands but loyal to products best suitable for ‘pocket’ and hence favour cheaper goods,” said Olanrewaju Oniyitan, CEO of W-Holistic Business Solutions, in the report.

Due to these threats, the minority reported a strong need for government investment in electrification and general transport infrastructure to enable them to compete effectively.

In a 2020 economic review and 2021 outlook by the Lagos Chamber of Commerce and Industry director-general, it was noted that while the reopening of the land borders should provide succour to the manufacturing sector, the kick-off of AfCFTA could serve as an avenue for Nigerian manufacturers to penetrate new African markets.

It, however, warned that critical challenges such as foreign (FX) exchange scarcity, inconsistent FX policies, inefficient transport infrastructure, high production cost, weak consumer demand and the new competitiveness pressure to be foisted by the AfCFTA may dampen the recovery prospects of the sector in year 2021.

The LCCI said that credit flows to the manufacturing sector will fail to achieve desired outcomes without putting in place measures to address structural issues, bottlenecks at the seaports and customs processes and other policy challenges to productivity.

“Performance of the trade sector in year 2021 will be shaped by the direction of government policies regarding the AfCFTA, while the border reopening is expected to provide reprieve to trade sector.”

Some Tier 1 and Tier 2 Nigerian banks have established branches across Africa, but this may not be enough with big banks in South Africa, Egypt, Kenya and Morocco thinking digital disruptions ahead of the AfCFTA in 2021.

Banks are not the only entities that will need a strategy re-think and expansion drives in the AfCFTA era. Nigeria’s MSMEs must also be ready to expand reach, raise quality standards and add value to their products.

“Firms must produce for export, rather than for just the local market. That makes them begin to re-think the quality of their products and, perhaps, price,” said Ike Ibeabuchi, a local manufacturer.

Government ‘wants’ to create jobs but industries struggle to operate

After surviving a tough year, manufacturers remain optimistic for 2021