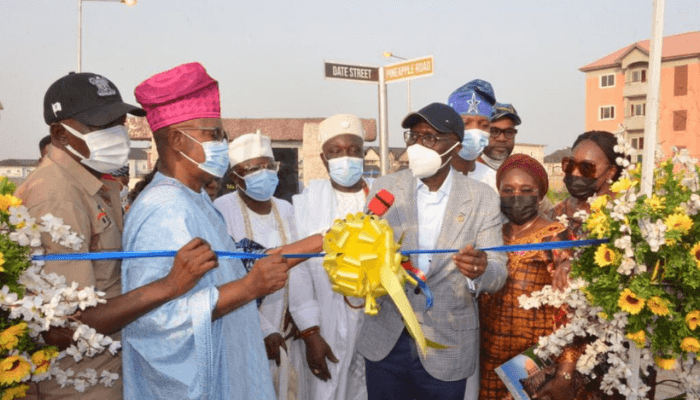 The Lagos State government has allayed the fears of real estate investors and landlords in the state’s proposed monthly rent scheme due to begin in 2022, assuring that government will protect them against any default or abuse from any quarter.

The assurance is given against the backdrop of controversies, concerns and fears around the scheme. Many have alleged that the government is giving undue advantage and protection to tenants while leaving landlords and potential investors to their fate in the proposed scheme.

“There is a system we are working on to make sure that the tenants and landlords are protected. The law now seems to protect only the tenants,” Moruf Akinderu-Fatai, the state’s commissioner for housing, said, explaining that legislation would be put in place to ensure that default rate was reduced and, where it occurred, would be dealt with expeditiously.

The commissioner who spoke in an interactive session with select property editors to review the activities of his ministry in 2021, added that the idea was to ensure that the whole process was transparent and also to give investors comfort to invest in the state’s housing market.

Toke Benson-Awoyinka, Special Adviser to the state governor on housing had, during a discussion on Rental Policies at this year’s Lagos Real Estate Market Place Conference and Exhibition, explained that the new initiative is a social investment scheme initiated by the state government to ease the burden of yearly rent payment on Lagos residents.

She explained further that tenants who are interested in the scheme must be able to meet some requirements which include the capacity to pay on a monthly basis, stressing that the scheme will begin with those in the formal sector after which the informal sector will be brought on board.

Arguments against the rent scheme for which the state government said N5 billion has been set aside, are that job security in the country is not guaranteed; there were no government’s alternatives that tenants could resort to, and that the scheme could discourage investment in housing in the state.

But Akinderu-Fatai emphasized that the government was encouraged to come up with the scheme because most of those who rent their accommodation in the state are of the working class who don’t earn their salaries yearly, but monthly.

“We earn monthly not yearly; how then do you ask people to pay yearly? In most cases, it is not favourable to both sides; it is easier to pay for a year or one and half years, but by the time it finishes, it will not be easy to pay, not because you don’t plan for it but because of the situation of the country,” the commissioner noted.

Continuing, he assured, “aside from talking to the private sector and investors to see how they can help, we are also doing our part alongside our partners who have the same interest because it is not everyone that can buy a house.”

According to him, there should be a payment system where one can pay either monthly or quarterly and some ideas are coming out fine on that, adding that those are the kind of things that would make the people more comfortable.

With over three million deficit, housing is a major challenge in Lagos which the commissioner acknowledged, pointing out however that as a government, they are more particular about low-income earners that are seeking homes to own.

“In our rent-to-own scheme, the target is the low-income earners,” the commissioner said, citing the Lateef Jakande Estate in Igando, where the going price for a 3-bedroom apartment used to be 15 million, but the governor said it should sell at N10 million just to widen the net for more low-income earners to come in.

He added that 75 percent of the 492 housing units in the estate goes to the rent-to-own scheme, disclosing that care was being taken to ensure that it is first time buyers that get access which is why the scheme is not run by the ministry of housing, but a specialized board.

“We have a board for it and the kind of questions they will ask you, the documentation you are to do, the sign off your employers have to do and if you are an entrepreneur, the kind of checks you are to do for them to be assured that you are a first time earner,” he explained.

To increase housing stock in the state, the commissioner disclosed that they were working with the Family Homes Fund, the federal government’s intervention fund for low-income housing.

“We have insisted that they must give Lagos their own product which they have considered, and the negotiation is advancing; we are also set to build 3,600 one-bedroom and two-bedroom apartments.

“We also have a piece of land, six hectares, in Ijanikin and what we are hoping to do there is to build as many houses as possible; we are looking at the rail line that will be moving from Okokomaiko, as time goes on, to the Island; we want to take advantage of that infrastructure,” he said.