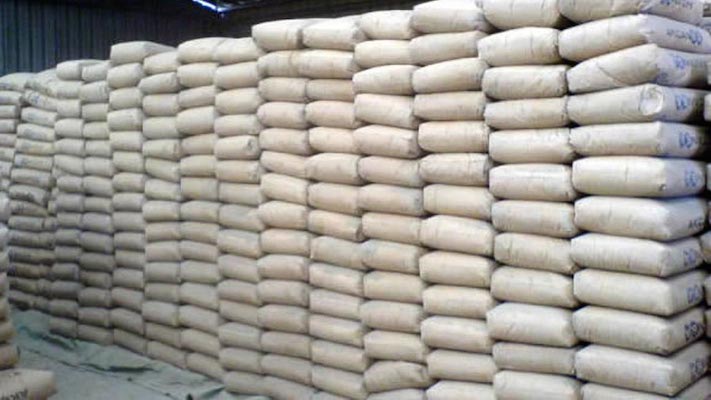 Growing investment in real estate as an alternative asset for Nigerians looking for where to hedge their funds against inflation is a major reason for the rising price of cement, BusinessDay findings have shown.

High input cost, product scarcity or limited supply arising from shocks in the economy and disruptions in production activities is another reason for the current hike in cement price.

Nigeria is experiencing what is clearly a galloping inflation. Its March inflation figure at 18.17 percent is an embarrassment to economic analysts. Apart from eroding the value of the local currency, this has also affected food prices and crimped household/consumer purchasing power significantly.

By its nature, real estate, unlike other investment asset classes, appreciates in value over time, virtually unaffected negatively by inflation. Rather than depreciate and lose value in inflationary periods, real estate, in the worst case scenario, remains static in value.

This explains why the rising price of cement is not deterring or stopping investment in the sector.

“The knowledge of real estate as a means of financial security has attracted more players and investors into it, thereby affecting the demand and supply of cement in the country; real estate is one sector that can flow with inflation per time, hence a lot of Nigerians are currently investing in it,” Osazee Edigin, an estate developer, confirms to BusinessDay in Benin City.

Construction activities have been upbeat in the sector since the beginning of the last quarter. Ayo Ibaru, COO, Northcourt Real Estate, also confirms to BusinessDay that increased investment in real estate contributes to the rising price of cement, citing mid-income residential buildings springing up in Lagos on both Island and Mainland.

He also cites institutional investors that are doing both residential and commercial developments such as Purple Capital, which is doing mixed use developments in Lekki and Maryland in Lagos. All these push up demand for cement and, by extension, the price of the product.

But there are other reasons for the significant increase in price that cement buyers have seen. “Yes, we have seen increased demand arising from increased construction activities in real estate sector, but that is not the real cause of the price hike.

“Aggregate production cost is also a reason. Input cost is very high and there are other variables associated with the cost of production. Costs generally are high,” MKO Baklogun, CEO, Global PFI, says in Lagos.

In line with international best practices, road construction in Nigeria today is about concrete surfacing. This, according to Damola Akindolire, MD, Alpha Mead Development Company, is part of the reasons for the cement price hike. “Government has a hand in the causes of the present cement crisis by using cement to construct roads and other infrastructure,” he observes.

Saadiya Aliyu-Aminu, CEO of Urban Shelter Limited, states in Abuja that besides demand from real estate investors, increasing cost of manufacturing/ production, naira devaluation, increasing freight costs, and export of the limited local supply are reasons for the scarcity of the product and therefore, the price hike.

“There isn’t a huge increase in the demand for cement. What has happened, unfortunately, is somewhat artificial scarcity in the supply of cement. Having been over reliant on one major producer for years, the cement industry reacts to shocks in the economy and this reflects on the price,” Aliyu-Aminu also observes.

The Nigerian cement industry has three major players dominating the market, with Dangote Cement being the leader, cornering 60.6 percent of the market with a local installed capacity of 29.3 million MT; Lafarge Africa controls 21.8 percent share with a production capacity of 10.5 million MT, and BUA Group accounts for 17.6 percent share and 8.0mtpa.

Once there is any disruption in the production or supply chain of any of these producers, the cement market will catch cold. The combined output of these three is expected to hit 60MMT in 2022.

In Abuja, a cement dealer told our correspondent that the price had hovered between N3,600 and N3,700 in the last one week. The dealer explained that she bought from the cement depot at N3,400, but the cost of transportation and off-loading pushed the price to N3,700 per bag in her shop.

Chibuzor Nwachukwu, a cement dealer, told our correspondent in Benin City that the price increase started in November 2020 when a 50kg bag was sold for between N2,800 and N3,000 as against N2,600 before that time.

Despite these price increases, construction activities have remained upbeat in many parts of the country, especially Abuja and Lagos where new housing projects are springing up almost on a daily basis.

Many developers are either continuing with ongoing developments or starting new ones. For instance, only last week Saturday, Sterling Homes broke ground to build a moderate estate of 50 housing units in Surulere in Lagos. This estate, according to the company, will be delivered in 90 days.

The soaring price of cement comes with far-reaching implications. Apart from being an unfortunate dimension to the housing deficit, it is also impacting on the quality and integrity of houses being built now. It has also increased the price of the different sizes of blocks.

For fear of pricing their product out of the reach of many and suffering supply glut, cement moulders are now lowering the cement content of their blocks. This is disaster loading and waiting to happen.

Worse still, cement price hike is the big reason landlords are increasing house rents and putting both existing and prospective tenants under undue pressure. In Lagos, for instance, the rental market has seen about 30 percent rent increase between December 2020 and April 2021.

Findings by Nairametrics revealed that while rent had increased by over 30 percent in some Lagos border towns like Sango-Ota, Arepo and Magboro, property owners across Yaba, Magodo, Ikoyi, and Lekki axis also inflated their rents by about 33 percent within the same period.

For instance, rents for one-bedroom (self-contain) and two-bedroom apartments, which are the most sought after in Magboro (one of the Lagos border towns) have increased from an average of N120,000 and N160,000 to N200,000 and N260,000, respectively. This represents a 33.33 percent and 30 percent increase, respectively.