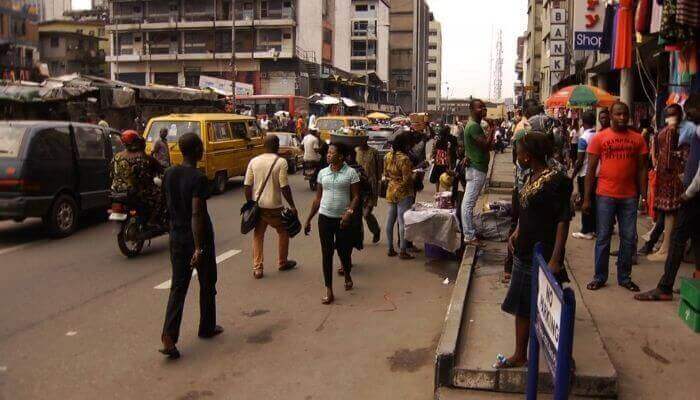 The daily influx of people from various parts of Nigeria and beyond has widen the housing deficit in Lagos, piling up pressure on existing infrastructure and worsening stress in the city, stakeholders have said.

Over 600 people move to Lagos every day and less than 50 percent of them go back, a government official said.

Those that stay back, according to Moruf Akinderu-Faitai, the state’s Commissioner for Housing, have no prior arrangements as to where to live or what to do in the city.

Akinderu-Fatai, who spoke during an interactive session with newsmen, said Lagos prosperity had become its major challenge “as people come from all over the world to tap from the opportunities it offers.”

Damilola Adewale, a Lagos-based economic analyst, said, “Considering Lagos’ commercial importance to Nigeria and the opportunities it has, everyone wants to reside in the city to take advantage of these opportunities.”

Though the National Census of 2006 put Lagos’ population at 17 million, managers of the state, which is described as the largest state economy in West Africa, argue that its population is in excess of 20 million.

A new report by BuyLetLive, an online research platform, said, “With over 20 million population, a household size estimated at 4.9 persons and a housing stock that is as low as 1.49 million units, the city has a critical housing situation.

Another report on the state of the Lagos housing market compiled by Pison Housing Company described Lagos as “a very active rental market where over 60 percent of the residents live in rented accommodation, spending over 50 percent of their income on house rent.”

Renaissance Capital, in its ‘36 States of Nigeria’ report compiled in 2019, said there were 4.9 people on the average in each household in Lagos.

The population and households figures indicate that Lagos needs at least 4.69 million residential units to cater for its population.

“On the surface, that may look like a small number, but when you juxtapose these numbers with Pison Housing Company’s estimate of Lagos’ residential stock, which it put at 1.49 million residential units, you begin to see the picture more clearly,” Martin Uche, lead researcher at BuyLetLive, said.

“When you subtract the 1.49 million housing stock with the 4.69 million units that Lagos needs, it puts the housing deficit for the city at 3.2 million housing units,” he said, adding, “Lagos has not been able to meet up to 50 percent of her formal housing demand till date.”

Inadequate housing, infrastructure and other amenities such as healthcare, transportation and portable water make Lagos a difficult, stressful city to live in, according to the 2021 Least and Most Stressful Cities Index report by VAAY, a German CBD company.

The report ranked Nigeria, India, Philippines, Iraq, Afghanistan, Russia, Pakistan, Indonesia, Ukraine and Turkey as the top 10 countries with the most stressful cities.

It ranked Lagos 99th position, which makes it the second most stressful city, attributing that to the state’s poor healthcare, safety, traffic congestion, noise pollution and unemployment.

Being one of the most stressful cities also makes Lagos one of the worst places to live in. According to data from the Global Liveability Index, the city was within the range of 137th-139th position out of a total of 140 cities in the world from 2011 to 2019.

The VAAY report said struggling with a high population of over 20 million due to economic reasons had made living in the city became unhealthily crowded, adding that this might worsen further by year 2050, when Lagos population is expected to double.

But the Babajide Sanwo-Olu government has been making efforts to ensure that residents of the state are properly housed. Many housing projects started by previous administrations in the state have been completed.

Notable among them are the 492-housing-unit Lateef Jakande Estate in Igando in Alimosho area of the state, the 744 housing units delivered in Ijeshatedo and about 460 housing units completed in an estate in Ikorodu.

“If you live in Lagos, one thing you cannot deny is the fact that rental rates in most locations across the state have more than doubled over the past five years. This was confirmed from our experience over the period, alongside our interaction with long-standing agents in the market,” Uche said.

Volatile FX rates: What lies ahead for real estate developers

Facilities management as an agent of change