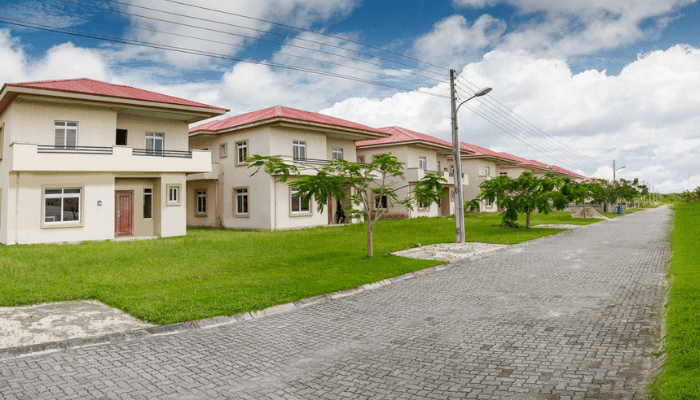 Though costs are expected to rise well above 2021 levels as a result of macro-economic challenges, experts say there is hope for the real estate sector in 2022. They also see growth on the way.

Amid rising exchange rate and galloping inflation that, at a time in 2021, peaked at 18.17 percent, pushing building material prices to unusual levels, the sector was able to post 3.83 percent growth in the second quarter of the year and expanded by 10 percent in the third quarter.

FHF is a federal government social housing intervention fund established in 2016 with the mission to provide 500,000 affordable homes and create 1.5 million jobs through the housing value chain.

As at October 2021, FHF had financed the development of about 11,700 homes for low-Income earners across some states in Nigeria, including Delta, Ogun, Kano, Nasarawa, Kaduna, Yobe, Bauchi, Borno and Adamawa, and has created up to 64,000 direct and indirect jobs in the process.

Femi Adewole, the Fund’s CEO, hopes that, over the next 4years, specifically through its affordable housing projects, the fund shall invest up to N1.3 trillion in the development of 500,000 homes and, in the process, create up to 1.5 million jobs.

The Lagos monthly rent scheme seeks to ensure that home seekers in the state no longer pay one or two years’ rent as, according to authorities of the government, most renters in the state are workers who receive salaries monthly. The government has already set aside N5 billion for the scheme.

These initiatives, Balogun explained in an interview at the weekend, would increase housing availability, accessibility and affordability which, according to him, will be a win-win situation for buyers and sellers.

Although Laide Agboola, CEO, Purple, a property development company, sees hope of recovery for office, retail and hospitality sub-sectors after a dismal performance in 2021, Balogun differs.

Agboola notes that vacancy in office space will pick up; retail will play a pivotal role as well as grocery and entertainment, adding that there could be changes in approach and on the way people pay rents and strong domestic players will operate in that space.

But Balogun pointed out that both commercial office and retail would continue to struggle, unlike industrial real estate that will see more growth arising from increased demand for logistics and warehouse facilities.

“The office space will continue to struggle in the new year. More stock is expected in the new year as more companies are building head offices like Dangote which will be leaving the Marble House for its own facility. Existing stocks are not being taken,” he noted.

Jide Ogunleye, CEO, Denaro Properties, also sees hope and growth for the sector in the new year. He points out, however, that the year is going to be very challenging for an individual developer and investor due to rising building material prices which, he says, saw an average of 50 percent rise in 2021.

“But developers in the city have an edge,” he noted in an interview, citing a report which recorded 19 percent price increase for pipeline projects in 2021. He predicted that houses would be more expensive in the new year because of rising building materials prices and other construction costs.

Ogunleye added that there would be uptick in demand, coming mainly from Diaspora buyers who, he explained, are taking advantage of the weak naira to buy all they want to buy. “With advantage of stronger currency, they can now buy properties that, ordinarily, they could not buy,” he noted.

Debo Adejana, chairman of, Real Estate Development Association (REDAN), southwest Zone, is optimistic about growth in the sector in the new year but that, according to him, will depend to a great extent on government policies and the performance of the economy.

Adejana, who is also the CEO, Realty Point Limited, argues that if the oil subsidy is removed, it would trigger another round of inflation in the country. “Rising inflation would mean rising cost of building materials, leading to rising house prices, rising rents, and eroding of consumer purchasing power,” he said.

A recent report on ‘Outlook for Real Estate Market in 2022’ says the Nigerian economy will grow by 2.7 percent in 2022, citing IMF projections. The report notes that, notwithstanding long-standing structural problems and elevated uncertainties, this growth will remain at this level over the medium term, allowing GDP per capita to stabilize at current levels.

The report, compiled by Northcourt Real Estate, notes further that growth in the value of real estate stock in both absolute and relative terms is an important consideration for global real estate investors.

“Analysts estimate that at the end of 2021, the global value of real estate investable stock was over $34 trillion, and expected this to grow to $85.1 trillion over the next 20 years. Core cities are set to grow and will remain dominant features of the investment landscape – most notably Lagos, where growth is expected in most submarkets except for Grade A office which will continue to correct,” Ibaru posited.

Nigeria: Still a homeless nation at 62.