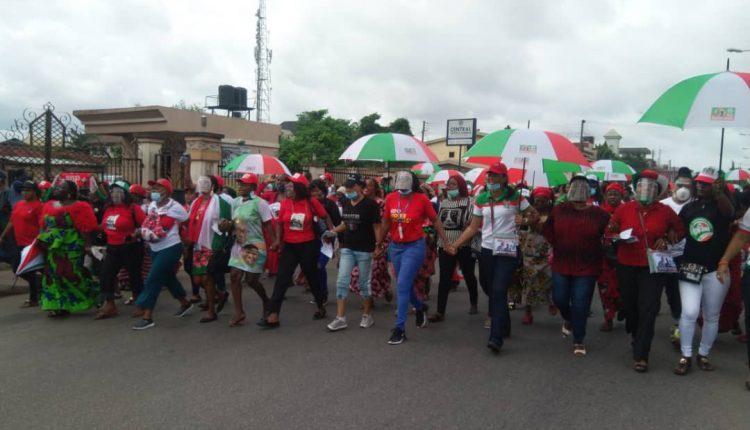 Security personnel and youths suspected to be loyal to the state government and the People’s Democratic Party yesterday kept vigil at the premises of the Edo State House of Assembly.

It was gathered that the action of the youths to keep vigil at the assembly was to forestall any body from gaining access to the premises.

A visit to the assembly complex showed that the legislative chamber was totally vandalized.

Valuable property in the chamber such as chairs and tables were all destroyed.

It was also learnt that the youths slaughtered rams and cooked inside the assembly complex.

A staff who pleaded anonymity lamented that valuables property like Laptops, television sets belonging to lawmakers were all carted away by the youths.

He said inventory of the things vandalized and carted away have been taken and sent to the appropriate authority.

Meanwhile women under the aegis of market women association, People’s Democratic Party and other concerned women in the state have staged a solidarity rally cutting through the king’s square ring road, Oba market and terminated at the premises of the Edo State House of Assembly.

They chanted pro-Obaseki songs noting that the governor and his deputy, Philip Shaibu will be re-elected to complete what they have started.

They however, condemned the purported inauguration of the members-elect.

According to them, Frank Okiye is the recognised speaker and what they did yesterday is an illegitimate action.