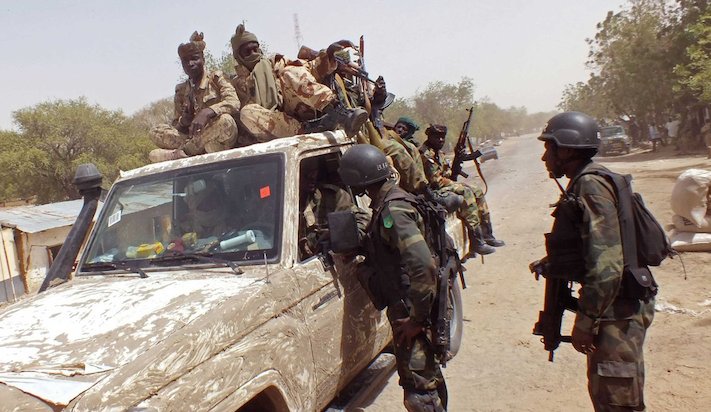 The security challenge in Nigeria has continued to be a concern to many citizens. The situation appears to be worsening. Fingers are pointing to weak governance strategy as a major drawback at confronting the monster.

The House of Representatives recently held a Security Summit that drew important personalities from all walks of life. Deliberations were made and promises were also made on implementation of whatever recommendations that would come from the summit.

Last week, the leadership of the House, led by Speaker Femi Gbajabiamila submitted the Report to President Muhammadu Buhari for possible implementation.

Only last week, there were terrible cases of wanton killings and abduction by bandits and Fulani herdsmen.

Scores of persons were reportedly killed in Zagon-Kataf, Kaduna State by a band of rampaging Fulani herdsmen. Emir of Kajuru, also in Kaduna and some members of his household were abducted by bandits and a ransom of N200million placed on them

Some herdsmen also killed a number of people in Enugu State. Somewhere in Kogi State, a traditional ruler was also kidnapped.

Expressing concern at the wave of insecurity in Nigeria, Hassan Stan-Labo, a retired Army colonel, said there may be need for mercenaries to help the country since it seems that government is overwhelmed.

“We are overwhelmed. We seem not to fix the problem on our own. Our military needs some fixing. I know what the Nigerian military is capable of, but a lot has gone wrong that needs to be fixed,” he said.

Stan-Labo decried the worsening insecurity, lamenting that “We are losing Nigerians on a daily basis. We can’t keep on going this way. I come from Zagon-Kataf, I know what happened last Sunday. We need to get certain things right. Mercenaries are needed the way things are now.”

The retired colonel expressed doubt over implementation of the recommendations arising from the House of Representatives’ Security Summit, saying, “If we are determined, things can change, but unfortunately, we seem to be like people who like talking. We talk and move on. With some determination things can be achieved. We need to change our attitude. There had been similar recommendations in the past, where are we with the implementation? That is the question.”

He believes that except the Federal Government takes a bold step to punish those who have confessed their terrorist activities, yet remain in the cabinet, Nigeria will not make any headway in the fight against insecurity.

“To start with, let us do something about those in government, but are known terrorists. Rather than punish such persons, we are making excuses for them and cover up their crimes,” he said.

Stan-Labo also scoffed at the claim by some state actors that “repentant bandits” should be pardoned and re-integrated into society. He said that such attempt in Zamfara and Katsina states failed as the supposedly repented bandits have since moved back to the bush.

It was against this backdrop that criticism has continued to trail a report that over 2000 ex-Boko Haram insurgents claimed to have repented have been released back into society.

Critics say such a decision was dangerous and cannot help the fight against insurgency.

He also blamed the high level of criminality and insecurity in the country on high level of poverty, insisting that as long as wealth is not distributed and people are deprived, insecurity will continue to rise.

The reign of terror across Nigeria is showing no sign of abating. In recent times, the security situation has deteriorated and assumed a frightening proportion.

Almost all the six geopolitical zones are faced with one form of security challenge or the other.

Hardly would a day passes without reports of killings and kidnapping, and other forms of criminal activities, especially in the North.

These herdsmen have terrorised Nigerians, destroyed properties and communities, maimed, kidnapped for ransom, while leaving tales of anguish on the lips of the people.

The situation has apparently overwhelmed the security apparati in the country.

Ahmed, a major general, was said to be returning to Abuja from Lokoja, the Kogi State capital, when he was attacked around Abaji area council.

Until his demise, he was a director at the Army Headquarters in Abuja.

Also last week, two first class traditional rulers in the North, Adogu of Eganyi in Ajaokuta, Mohammed Adembe and Emir of Kajuru in Kajuru Local Government Area of Kaduna State were kidnapped along with members of their families.

A recent reports show that in the last decade, there were 1,412 incidents of conflict reported in the North Central region and 7,399 deaths across the North Central states of Benue, Plateau, Kogi, Nasarawa, Niger, Kwara and the Federal Capital Territory.

The report goes further to say that the escalating violence has deeply unsettled the local economy. Agriculture, the mainstay of the region’s economy, has been badly hit.

Many farmers in the affected areas have been forced to abandon their farms for fear of attack.

And as a result of the herder-farmer conflict, the Nigerian government loses an estimated $13.7 billion in revenue annually.

A 2021 United Nations report, said the 12-year-old conflict in North East Nigeria has caused, directly and indirectly, the deaths of some 350,000 people, the vast majority of which are children below the age of five.

This is despite repeated promises by incumbent President Muhammadu Buhari and the head of the nation’s security agencies that they are on top of the situation, still nothing has changed.

Observers say that President Buhari’s seeming nonchalant approach in dealing with the situation decisively has fuelled insinuations that the administration was culpable.

They wondered why the President had not deployed the same military might that was used in fighting secessionist agitators like leader and members of the Independent People of Biafra (IPOB), and Sunday Igboho.

“I was attacked in Abuja Maitama area; I was driving with my cousin and we packed; some men came and broke the windscreen of the car and took my documents and other valuables.

“If all of this can happen in Maitama in the heart of the FCT, Abuja where the elite stay, what then could happen in the areas where the ordinary Nigerians live? That place is few meters to the police headquarters. Let me tell you, this administration is clueless and it is obvious they are confused as far as this security issue is concerned. What is their policy on tackling banditry and crime control, what is their policy on border control? What is their policy on checking unemployment?” Eddy Olafeso, former South West vice chairman of the People’s Democratic Party (PDP), wondered.

“Drug and crime, is the new order of the day in Nigeria. This administration is hopeless, the way out is for Nigerians to defend themselves because there is nobody to defend them. You don’t have a country,” he said.

Meanwhile, some stakeholders have also advised the government to seek help from foreign friendly countries since it was obvious that it had been overwhelmed.

But others have warned that the country should tread with caution on the manner and approach of bringing in such assistance.

Lawyer and activist, Idowu Omolegan said it was clear that the current administration had no solution to the spate of insecurity bedeviling Nigeria, advising Nigerians to take their destiny in their own hands.

According to him, “I think it is glaring that President Buhari and his people are confused; where in the world is this sort of killings and atrocities going on. What is even bad is that no one is often held accountable.

“The situation is very bad as you can see people are being killed and kidnapped daily. We are saying that the President should do more, or resign, let him try and safeguard the lives of Nigerians.

“Awolowo said it then that Nigerians would one day fight for themselves and as you can see restructuring would naturally take its course in Nigeria either you like it or not,” Omolegan said.

Speaking further, he equally charged Nigerians to collaborate with security agencies in the insurgency war and share information on criminal activities of individuals and groups to aid the fight against insurgents.

“I think Nigerians should try and also speak and report any suspicious persons and cases to help the security agencies arrest the security situation we are all into this,” he added.

Similarly, Dayo Onibiyo, a Media and Communications analyst, noted that much of the buck lies on the Federal Government table because they control the police and other security agencies, stressing that the Buhari administration was not ready to deal with the issue, but was only taking Nigerians for granted.

“State police commissioners cannot do anything without taking permission from whoever is in Abuja; the responsibility is purely FG’s. It is very, very sad and pathetic. The leadership of the country is taking Nigerians for granted by behaving as if they can’t do more than what they think they have done,” he said.

Kano, 21 others classified as high risk for election manipulation — YIAGA