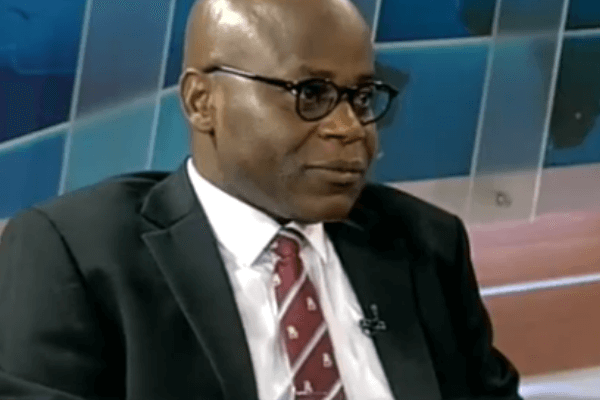 Wunmi Bewaji is pro-democracy activist and executive director of Coalition of Democrats for Electoral Reforms (CODER). He is also former minority leader in the House of Representatives. In this exclusive interview with INIOBONG IWOK, he speaks on democracy in Nigeria, significance of June 12, electronic voting, among other issues in the polity. Excerpts:

In a few days time, Nigeria would celebrate June 12, Democracy Day; what is your assessment of progress so far?

We have had our success and our failures; democracy is a process and not an event. Yes, we have our challenges, but that does not mean that it should be all rosy. You can see in developed nations the challenges they have been having for some months now; the handling of the coronavirus pandemic. Also, in the United State, the manner the protest resulting from the killing of the black man is being handled. Imagine American policemen and security agencies using teargas on protesters; when you see that here, you begin to wonder; yet, there are times that policemen are sacked for maltreating citizens, here in Nigeria.

But some Nigerians would say there is little to celebrate, looking at the resources of the country. It appears that successive administrations have not delivered on their promises?

There is a difference between democracy and good governance; democracy does not guarantee good governance, there are lots of things we ourselves need to do that we are not doing. What democracy guarantees is that freedom of choice for the people to choose their leader; but we are held up by religious and tribal sentiments. You know that a person is not qualified for a position, but because he is from your tribe regardless of competence, you vote for him. Merit and competence would take us there; in the last 21 years what we have had is this primordial sentiment even at the local government level. So, until we give credence to competence and merit we would continue to miss it.

Are we ever going to move away from this point?

Yes, it is possible, when we start integrating national issues, knowing what we want to solve. If we say this health sector crisis, is it a Nigeria problem or a Yoruba problem? When we identify it as a Nigerian problem we look for the solution as Nigeria problem not as Yoruba solution or Igbo solution. So, until we get to that stage, when we actually start looking at the issues that we have to tackle from the lenses of Nigeria as a nation rather than a tribe then we would make progress. Until we develop a national preservative to our problems, the people come in regardless of their tribe, purely on competence and merit rather than on primordial sentiment.

What is the significance of June 12 to Nigeria’s history?

June 12 is significant, the significant is because it was the moment that we discovered as a nation that we loved democracy. Yes, some people were playing with military rule and other forms of government, but on that day, we decided that we want democracy. Secondly, June 12 was the moment we discovered that we are not as polarised as people think, that we are even more united. We saw MKO defeating Tofa in his state and polling units. We disclosed that we can work together as a people.

Abiola was honoured by this administration. What does it mean to the June 12 struggle?

It is significant. You know Babangida had plenty of opportunity to undo the wrongs he did to Nigeria with that annulment, but some people said no it would project weakness being that they were military men. But the greatest strength as a man is to recognise your mistake and correct it. And recognising Abiola; giving him that award is to recognise that effort and declaring June 12 Democracy Day is significant for our democracy.

Are there lessons to learn for Nigerians?

For me, the lesson is that never again as a nation should we allow under any circumstance, anyone who is not democratically elected to rule us. Not even the so-called benevolent dictator should ever rule us. And then we should also be able to guard against this civilian dictatorship. Internal vigilantism; we must make sure no matter what, and the individual, we must keep them on their promises. For example, we hear Buhari signed the Executive Order recently; it would go down in history that we start allowing civilian dictatorship to undermine our democracy. They are in control of the government, he has the legislature, the majority in both houses, and there is nothing he wants to do that he can’t do. But there are some pseudo-democrats behind Buhari signing the Executive Order. But I can tell you that it undermines the power of the National Assembly. It is a shame that the National Assembly has not done anything; posterity would not forgive them.

But the AGF said Buhari was just exercising his constitutional powers?

If you go through the constitution there are lots of sections for their independence. It is a violation of our federal constitution. The Federal Government and the state are equal partners in a federal state. Malami should be an Attorney-General of the Federal Government and not for all the federation in a proper set up. What Buhari has done is a violation of the constitution of Nigeria. He is doing this, look at how the former CJN was removed; was it fair? What is he teaching the states about separation of powers?

Some scholars have said democracy is failing globally; do you agree?

Democracy is not a silver bullet; there are several things that go with it to work. A lunatic can be elected to be the president of the most powerful country in the world. It is left for the citizens to make sure the right people are elected. So, there is no alternative to democracy.

INEC says electronic voting would be used from 2021; what is your take?

Is good; we must also ensure that we back it up with the paper system we’ve been using. In advanced society; that is how it is done. We must also back it up with an independent audit of INEC. There are so many benefits of electronic voting but the dangers are catastrophic; we saw that in Florida in the US in 2000. I have always been an advocate of it but we must do it with sense. I would have loved to test it in some elections before 2023.

Buhari is five years in office, how do you rate him?

He has fulfilled his mandate, he promised change and he has delivered. The country was not moving on the right direction; the level of banditry and terrorism was high when he was about coming in such that the country could have disintegrated now. Whether he has performed in terms of provision of this and that is another question. Buhari to me is not the messiah; he just came to stop the stealing going on during the PDP rule. We now have this interregnum; it is not going to be an administration that would be remembered for any big programme, but we can take a big breath for eight years and then we can decide. Is just like someone coming on a long and tedious journey.