The future holds great prospect for social research in Africa 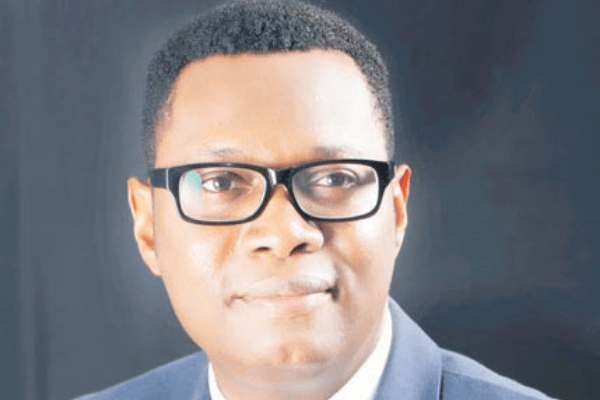 The managing director/CEO, Africa Polling Institute, Bell Ihua, in this interview  with BusinessDay’s Bala Augie speaks about efforts being taken by the institute to ensure poll results get to the ears of decision makers and key stakeholders. Ihua adds that he foresees an Africa where data and information would become the new crude oil: Excerpts;

You have recently been appointed Executive Director at the Africa Polling Institute, what is the institute about?

Yes, thank you very much for the opportunity. Africa Polling Institute is an independent, non-profit and non-partisan opinion research think-tank that conducts polls, surveys, social research and evaluation studies at the intersection of democracy, governance, economic conditions and public life. The institute seeks to deepen the availability and access of public opinion research to support critical state and non-state actors; with a key focus on sub-Saharan Africa. As an institute, we are not-for-profit and independent of governments, political parties, commercial interests, trade unions and other interest groups.  Our model is to seek partnerships and collaborations to understand opinion, attitudes and perceptions that support different institutions: CSOs, the media, policy makers, development partners and the general public. Given the nature of challenges faced in the sub-region, there are opportunities to seek better understanding of the issues and generate home-grown solutions through opinion research.

This is interesting, so what makes this institute different and what’s new?

That’s a very good question. Well for starters, in terms of structure we are different. API is a non-profit think-tank; we are not a business, so structurally we are different. Secondly, in terms of funding, we rely more on partnerships and collaborations with corporations, foundations and policy-based institutions, and less of commercial clients. Thirdly, at API advocacy forms an essential part of our work. We don’t just stop at polling, but move a step further to getting poll results to the ears of decision-makers and key stakeholders. Finally, our focus on sub-Saharan Africa sets the institute apart, as we hope to be quite active on the sub-regional polling scene, beyond Nigeria. We are glad the space is open and today you can find people making reference to polls from indigenous pollsters and polling firms.

Are you saying there are now several polling organizations in the country?

Oh yes! Over the last decade or so, I can say that the awareness of public opinion polling has grown in Nigeria and across the sub-region, especially with the work an institution like Afrobarometer has been doing on the continent. However, locally NOI Polls remains a major player, but we also have the likes of IPSOS, AMD Poll, Crowdforce, GeoPoll, CMRG, Zeus Polls, GFK, Milward Brown, Khana Group, RMS-TNS, MRC, Panafields and others conducting polls on various topics. You even have foreign companies like Pew, Williams Poll, and Marist Poll conducting polls locally; as well as those who operate mainly on social media such as Naija poll, Omojuwa poll, Scoop poll and so on. Interestingly, platforms like Twitter and Facebook have now created a whole community of tech-saavy data enthusiasts and extempore pollsters. We also know that election seasons breed the proliferation of pollsters and polling firms. This is why we need to start pushing for professionalism in the industry, as it is gradually becoming an all-comers affair. Anyone can wake up and say he or she is a pollster simply because they can gather a bunch of folks to collect some data. But that does not make you a pollster. There’s a requisite skill set you must have, which can only be acquired through training and capacity building. There are front-end functions like questionnaire design and data collection; but more importantly, there are critical back-end functions such as data processing, weighting and calibration. These processes have to be conducted scientifically; and if they are not, the poll loses its credibility. That is really where the rubber meets the road.

You have been referred to as the George Gallup of Polling in Nigeria, what is your response to this?

Hahaha… George Gallup of Nigeria? That’s a really big shoe to fill. You must remember that before I was appointed CEO at NOI polls, I had two predecessors who also contributed immensely to growing the company and expanding the polling space in Nigeria. In any case, I consider it most humbling to be referred to as Nigeria’s George Gallup. I reckon it is due to the amount of work accomplished under my leadership of the company. It was really an interesting time managing landmark research assignments such as the study on the state of IDPs in the country, which was the first study in Nigeria to report cases of sex for food and sexual abuse at IDP camps. Then we conducted the study which found that 8 out of every 10 Medical doctor in Nigeria is planning to leave the country in search of greener pastures abroad. I also led a major migration study, funded by the German Embassy, which examined the motivations for irregular or illegal migration amongst Nigerian youths, or what we refer to as Europe by Road. We visited Benin, Agbor, Asaba and Lagos, interviewing returnees from Libya, prospective migrants and so on. I can clearly remember moderating those interviews and focus groups, and listening to the stories of those returnees. It was a very engaging and detailed study, and I believe the report should be online somewhere. We even identified something called the 10 commandments of illegal migration, which are slangs and buzz-words used and known only to persons who have made those horrifying journeys through the Sahara Desert. We also conducted several studies on the manufacturing sector, SMEs sector and the business environment amongst others. I’m sincerely grateful to God for the opportunity to have led such assignments.

You seem to be very passionate about social research, what is responsible for this?

That’s a very good observation. As far as I’m concerned, public opinion polling or social research isn’t merely a career, it’s a calling. I know this, because of the way we conceptualize research projects. For most social researchers, project conceptualization can be one of the most difficult aspects. But you see, conceptualization comes to me naturally. I have learnt to conceptualize social research projects from situations and happenings in the environment. Especially here in Nigeria, and even across the continent, there are opportunities to conduct great research studies given the challenges that we face. Interestingly, I have always been a very hands-on researcher, and was always on the field with my colleagues. We went into difficult terrains to handle assignments together. I remember travelling to Maiduguri with my colleagues at the height of the insurgency to conduct the study on the state of IDPs. I personally visited Benin, Agbor and Asaba to interview migrant returnees from Libya.

I travelled to Bonny, Brass and even Nembe with my colleagues via speedboat, visiting Bassambri and Ogbolomabri for some Niger Delta studies funded by the US state department. So, when I make presentations on my research findings or grant media interviews, I speak with insight, depth and knowledge of someone who was personally on the field, not someone who was told what happened on the field. I once shared about how I often catch myself veering off at events. Instead of enjoying the moment, I intuitively start scanning the crowd, wishing I could conduct some quick interviews; especially when I’ve spotted a few yarns-men in the crowd. I have always found home in the academia as my natural habitation. As I often say, as long as there are human beings, there’s so much that can be achieved around the 3 cardinal blocks of the academia – Teaching, Research and Community Service. I have been involved in all 3 of them over the last decade.

Who are your greatest influencers as an academic?

My academic life has been influenced by several academics and mentors who have crossed my path over the years. But a few of them are worth noting. Professor Temi Abimbola is one of such mentors. She was my academic director at Birmingham City University and currently a Senior Advisor at the African Development Bank in Abidjan. Temi was the first academic to spot my academic skills and mentored me to hone them. The second is Professor Andrew Fearne, who I call my father. He was my PhD supervisor at Kent Business School, but is currently based at Norwich Business School I believe. He has a very witty style of writing that makes his articles very interesting to read and understand. He taught me a lot in terms of academic writing, justification of methodology and all that kind of stuff. The third is Professor David Hughes, who I call my grand-father, because he was my professor’s professor. At the time I met him, he was professor emeritus at Imperial College, a leading conference speaker and consultant to several global food companies. He opened my eyes to see that academics can excel in the classroom as well as in the industry as consultants. There’s also Dr. Anne-Marie McTavish, who was my Head of Department during my lecturing days at Coventry University. She had so much confidence in me and gave me the opportunity to handle several tasks within the department of strategy and applied management, which helped to strengthen my experience as an academic. I am particularly grateful to these four mentors for their impact on my life.

Looking into the future, what do you see as the future of polling in Africa?

Response: The future holds great prospect for social research in general, and opinion research in particular. I dare say that we have barely scratched the surface on the continent in terms of supporting state and non-state actors. Although I recognize that a lot of work needs to be done, because knowledge gaps exist. Nonetheless, there are so much potential to be explored research-wise. With Africa’s population projected to hit 1.5 billion by 2030, I foresee an Africa where data and information would become the new crude oil, and polls, surveys, big data and artificial intelligence would be given their due prominence in the scheme of things. I foresee rapid uptake of opinion polls and survey data by decision makers in the public, private and social sectors. And our vision at Africa Polling Institute is to be the preferred opinion polling partner in sub-Saharan Africa.