The umpire has just blown its whistle signalling the commencement of a new electioneering season in Africa’s most populous nation. And it would seem the field for the contestants (some of whom spent billions just to get to the starting line), is so broad you might be tempted to think that they are in the race for a hefty lottery prize. Far from it.

The in-tray for the incoming president of Nigeria is quite daunting, whichever way you look at it. Simply put, Nigeria is broken and there are cracks everywhere you look. Some have even equated the country to a failing state.

Perhaps, the most urgent matter for day one for whomever wins February’s presidential election will be the removal of petroleum subsidies and for the government to take its hands off that sector. Done today, the pump price of petrol will be about N480 per litre, still cheaper than it is in Accra, Abidjan, and other neighbouring countries. 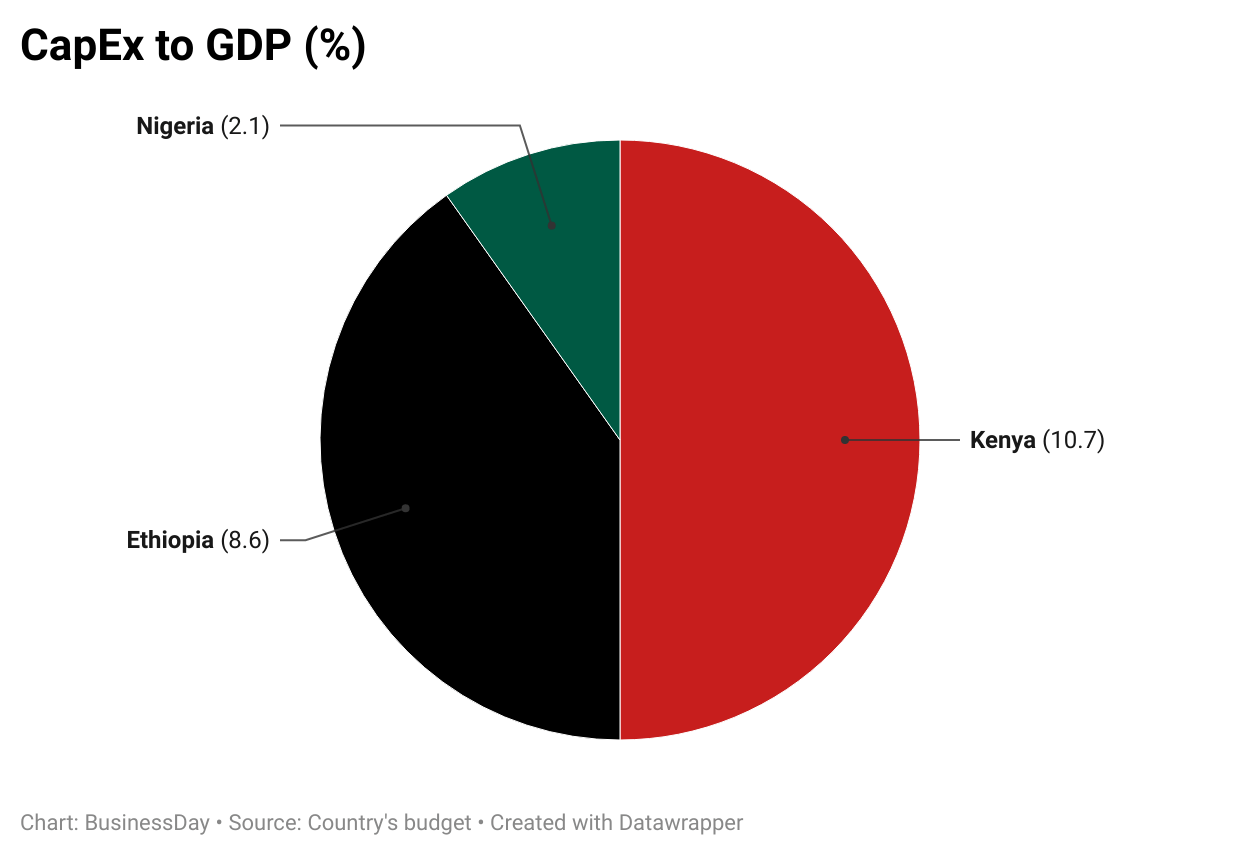 The second urgent matter will be to allow the value of the local currency, the Naira, to reflect, to some extent, real market conditions, a move that will take the Naira official value to N700/$ while putting huge funds into the Federation Account Allocation Committee (FAAC). That will mean the repudiation of the anti-liberal and unorthodox policies that have been in place for years and which have been responsible for the disgraceful collapse in investment dollars to Nigeria.

The new president must also have to focus on resolving the chaos in the power sector. First, by transferring the management of the transmission company to private managers while incentivising huge investment into power generation in a short time. Perhaps, most importantly, the incoming president and his team will have to reform the civil service workforce, restructure the service and increase salaries to reflect market rates while raising productivity.

But how did Nigeria fall on its knees? On the economic front, although we have seen the sixth quarterly growth in Q1 ’22, the expansion has largely been suboptimal and non-inclusive. For instance, data show that both manufacturing and non-manufacturing purchasing managers’ indexes (PMIs) contracted month-on-month to 50.1 and 49, respectively, in February 2022.

Despite Nigeria’s strong population growth rate, economic growth this year is expected to trail behind sub-Saharan Africa’s (SSA) growth rates of 3.8 percent and 4.0 percent in 2022-2023. Experts say the cumulative average growth rate (CAGR) of the economy is extremely low for a developing country or frontier market like Nigeria.

Between 2016 and 2021, Nigeria was hit by two economic recessions while in that time Rwanda and Ethiopia grew by 8.6 percent and 7.7 percent, respectively. The net result is that the relative size of the Nigerian economy has remained virtually the same since 2012, while the average Nigerian is facing declining disposable income at the same time due largely to structural issues and other challenges arising from failed monetary and fiscal policies.

Hobbled by years of gross mismanagement, Nigeria’s oil industry is collapsing while others around the world are growing on the back of significant rise in the international price of oil. 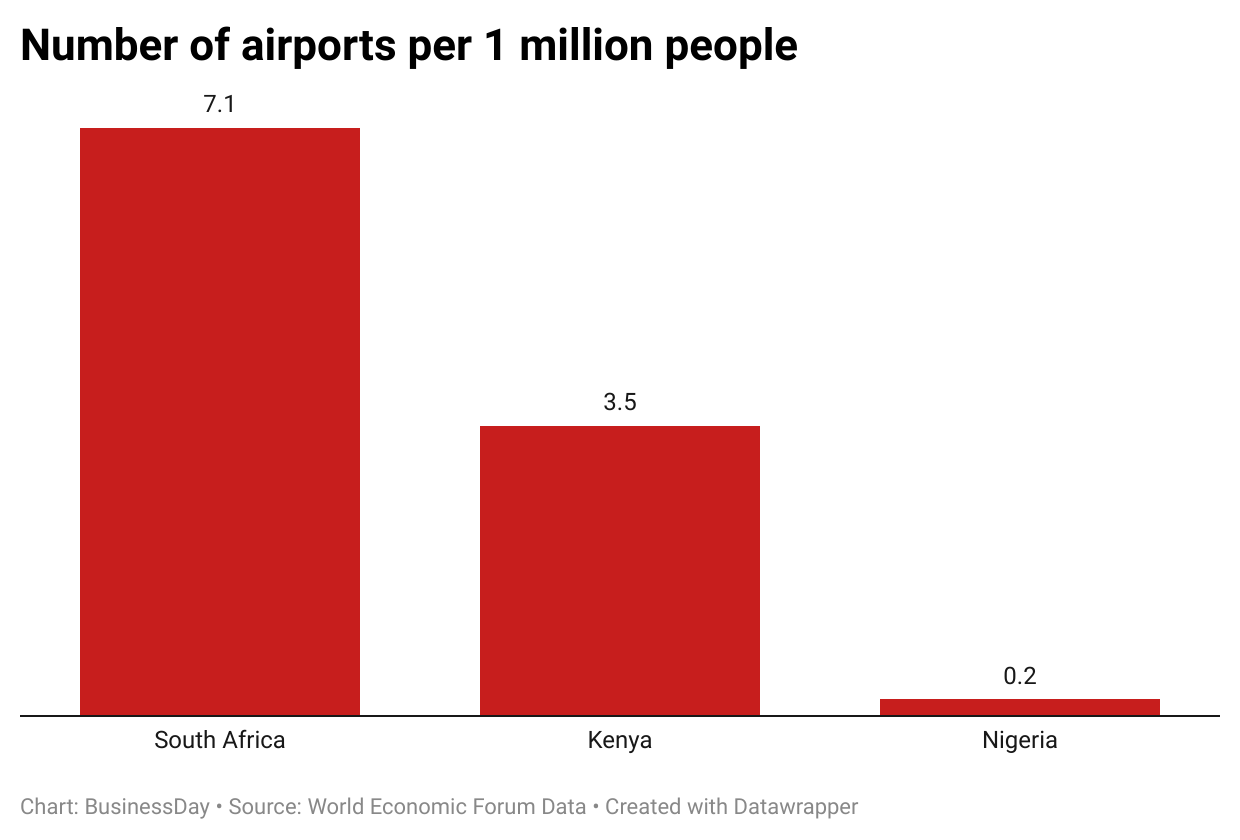 The country’s external position is also worsening with the balance of trade falling to -N1.9 trillion in 2021 from a surplus of N2.2 trillion in 2019, and foreign investment inflow fell from $23.6 billion in 2013 to a mere $6.7 billion last year. Nigeria’s foreign exchange management regime is in crisis. When the markets closed on Friday September 23, 2022, the gap between the official and parallel markets rate widened to 64 percent, its biggest since the heady days of 2016.

At home, the size of Nigeria’s public debt has risen from less than N10 trillion in 2012 to a staggering N44 trillion in 2022, and that is not adding the near N20 trillion ways and means borrowing. The public debt level is now above 24 percent of GDP. Shockingly, the huge borrowing has not translated to the massive infrastructure revamp that the people are told to expect. Spending on infrastructure is weak, unco-ordinated and value delivery has been so poor that there is absolutely no chance the infrastructure the government says it is building will deliver the growth to pay the astronomical cost funded by borrowing.

A prominent consulting firm recently said Nigeria’s huge infrastructure deficit will require investment of $3 trillion across the key sectors over a 30-year period from 2019-2043. The big hole came about by failure to spend on infrastructure. In Kenya, average capex to GDP is 10.7 percent, 8.6 percent in Ethiopia while for Nigeria the figure is 2.1 percent of GDP.

Largely because of failed government policies, private sector funding in infrastructure in Nigeria is lagging peers. In South Africa and Indonesia, the private sector spends $27 billion and $74 billion, respectively, to build infrastructure. According to CIA World Fact book and the World Economic Forum data, the 2020 composite Africa infrastructure index placed Nigeria at 24th, just above Uganda. In South Africa, the length of a good road network per 100, l000 persons is 1,304km while it is a mere 86km in Nigeria, 284km in Ghana. The number of airports per 1 million people in Kenya is 3.5, in South Africa 7.1 and in Nigeria 0.2.

A World Bank report extracted from a presentation by a senior official at Nigeria’s Infrastructure Regulatory Commission (ICRC) shows that investors are turning away from the country’s infrastructure sector because of concerns over legal protection, poor consumer payments discipline and absence of government/multilateral guarantees.

On the social front, the challenges facing the incoming president of Nigeria will be overwhelming. Life expectancy in Nigeria is 53.8 years compared with 71.3 years in Indonesia, 77.9 years in Turkey, 67.44 in war-torn Ethiopia, while infant mortality in 1000 live births is 67.3 in Nigeria, 28.6 in Ghana: a mere 8.1 in Turkey and 19.5 in Indonesia. Malaria incidence rate per 100,000 is at a high of 313.76 in Nigeria and only 162.8 in Ghana. Out-of-school children rate is at the highest in Nigeria, where of one million school age children, 13.2 are out of school compared with 2.1 in Tanzania and 2.2 in Ethiopia.

On the security front, Nigeria’s challenges are capable of stretching the wits of the most prepared presidential candidates. The Global Peace Index ranks Nigeria 143 of 163 countries, indicating a critical need for concerted efforts at improving the general security situation in the country. The US Council of Foreign Relation’s Nigeria security tracker ranks Nigeria’s police service reliability at 123 of 137 countries measured, and in terrorism incidence Nigeria is ranked 140 among 141 countries and when it came to organised crimes, Nigeria is ranked 110 among 137 countries.

Experts believe that in view of the above challenges, Nigeria’s next leader must be one able and willing to implement high impact initiatives capable of transforming the economy and delivering growth of 7 percent – 10 percent per annum and aim to double the current GDP before 2030. This can be enabled by sound macro-fiscal and broad incentives for private investment; far reaching government reforms to drive efficiency as well as improving regulatory certainty that assures sanctity of contract in a stable regulatory environment. The next president must also be ready to address the country’s security challenge swiftly while boosting government effectiveness and fighting corruption.