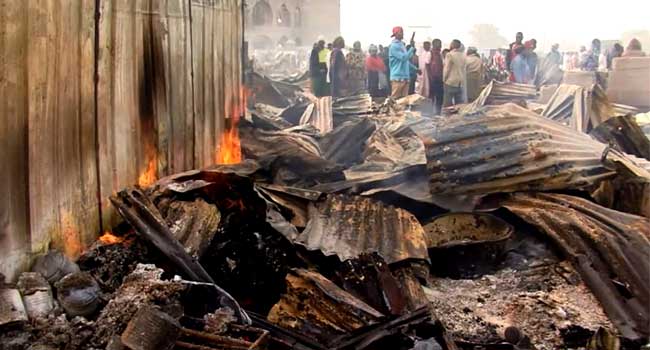 The wave of the mindless killings and ugly attacks in the southern part of Kaduna State has continued to create tension in the entire state.

The turmoil has further divided the people along religious and ethnic lines.

The brutal attacks have left scores dead and properties worth millions of naira lost in the recent times. It has adversely affected the socio-economic life of the state and the entire region.

Observers say that the unprecedented scale and frequency in the killing of innocent people are responsible for underdevelopment of the southern part of Kaduna State.

Some residents, who spoke with BDSUNDAY said that political exclusion, rivalries, lack of opportunity for the youth population, lack of sincerity on the part of government amongst several other factors have all played a part in escalating the crisis.

As the crisis and killings in the region continue to linger, the state Governor, Nasir el-Rufai has faced a lot of accusation of conspiracy of silence and that the lukewarm attitude of his government in finding a lasting solution to the crisis has further encouraged the attackers to carry out more attacks on the people.

Although, the governor has explained reasons insecurity persists in southern Kaduna, saying that it is being perpetrated by criminal elements that have been killing, kidnapping people and rustling cattle in the entire North West, critics say he is complicit.

The governor further explained that the criminality of the bandits gets coated with ethnic and religious hues when it affects communities in the southern parts of the state, where it tends to exacerbate communal tensions and pitch people who have lived peacefully together against one another.

The governor had said that his government had taken major steps to secure the area, including ensuring that a military base was opened in southern Kaduna along with two mobile police squadrons, answering a decades-long demand for enhanced security presence in the area.

In his efforts to return peace in the region that will enhance the economic activities in the area, Governor El-Rufai said that his administration decided to set up a White Paper Committee to draft the government’s position on the reports of the Justice Rahila Cudjoe Commission of Inquiry into the 1992 Zangon-Kataf crisis and the 1995 report of the AVM Usman Muazu Committee in order to find a permanent solution to these violent conflicts in Zangon-Kataf.

He disclosed that dispute over farmland was identified as a trigger of the May 1992 crisis, and that such a dispute also flared up on 5 June 2020. The intervention of community leaders was believed to have contained tensions until violence broke out again on 11 June 2020.

He said that it was right for the government to initiate the White Paper process as part of a comprehensive approach to solve the problem in Zangon-Kataf LGA and restore peace in the area.

However, beyond the killings and efforts of the government and other concerned citizens to ensuring that peace returns to the region, the increased unemployment, loss of income and increased vulnerability in the region are the consequences of the lingering crisis as gathered by BDSUNDAY.

Speaking to our correspondent on what has become of the economy and social life in Southern Kaduna in the face of the crisis, a resident who pleaded anonymity said that the killings and crisis in the area affected not only different institutions and companies, but also the standard of the living of the people.

He explained that many people in the region have lost their means of livelihood due to what he described as endless killings. He equally said that the series of attacks on communities made people to abandon their farms for the fear of being killed.

“As I speak to you now, many people, especially those who are not from the area had left. The crisis rocking the area has brought pains to the people and that has greatly affected the socioeconomic status of the region. The economy is not booming like before. For some of us who sell in the evening time, due to the fear of unexpected attack, people no longer patronise,” he said.

He further explained that the crisis has created suspicion among one another, which according to him has affected the social life of the people, while saying that the area may not quickly recover from the economic woes if urgent steps are not taken to address what has become a recurring decimal.

“Life in Southern Kaduna is no longer the same. Things have badly changed. The economic hardship caused by the crisis cannot be measured by anybody. It has affected the small scale businesses in the area. How do you think development can come to a crisis-prone area; and there would not be any meaningful investment due to the crisis. We are appealing to the government to address the situation. As we appeal to the government, we are also praying to God Almighty to return the peace we used to enjoy (in the past) to Kaduna,” he said.