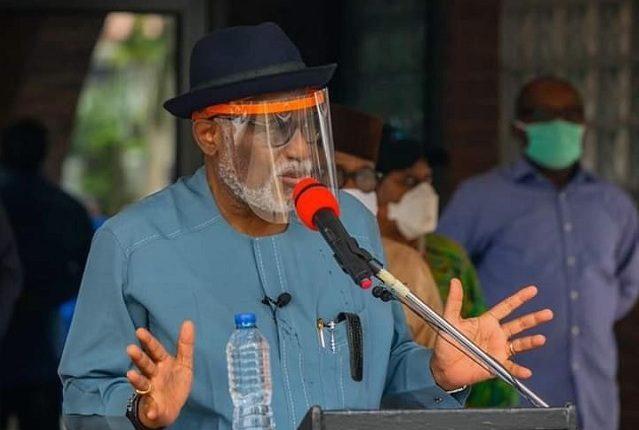 Ondo State Governor, Oluwarotimi Akeredolu, on Tuesday called on the security agencies to investigate the former SSG, Ifedayo Abegunde over allegations that the 2016 governorship election was rigged in his favour.

Recall that Abegunde after his resignation on Monday while featuring on a live radio programme on Crest 87.7 FM in Akure, Ondo State capital, alleged that ruling All Progressives Congress (APC) and Governor Oluwarotimi Akeredolu rigged the 2016 governorship election against the will of the Ondo state electorate, using the federal might.

But, Akeredolu in a press statement issued by his Chief Press Secretary, Segun Ajiboye in Akure on Tuesday, said the allegations are tissue of lies targeted towards him and his family.

The statement issued by Governor Akeredolu’s CPS, reads, “On Monday, July 6, 2020, the erstwhile Secretary to the State Government, Hon. Ifedayo Abegunde expectedly, resigned from the Cabinet and Governor Oluwarotimi Odunayo Akeredolu, SAN, made a swift replacement.

“In a manner not uncharacteristic, the former SSG, shortly after submitting his resignation letter, equally granted a press interview wherein he made some allegations against the Governor.

“A quick run of the allegations shows a semblance of sustained recycling of falsehood as well as blackmail contents targeted at Mr. Governor and his immediate family. These are pernicious lies and imaginary thoughts lines considered perennial and seemingly becoming boring.

“It is, however, imperative to draw the attention of the Nation’s Security Agencies to a particular outburst wherein the former SSG confessed to have participated in electoral fraud in 2016.

“Mr Governor, as an avid believer in Democracy, Rule of Law and Legality, is not a beneficiary of the fraud Hon. Ifedayo Abegunde and his unnamed cohorts allegedly, perpetrated during the 2016 governorship election. He would not encourage such; not even in the coming election.

“Ordinarily, the former SSG’s vituperations which have come under heavy criticisms are assuaging. This is even as the voluntary dispatch of his shortcomings and emotional distress are enough to attract empathy.

“Nevertheless, Abegunde’s outbursts are weighty confessions that must be investigated by security agencies. Anything to the contrary will not only encourage future acts as contained in the confessions. Such brazen anti-democratic acts are unambiguously, grave dangers to our fledgling Electoral System.

“This is more so, that Abegunde, after his confessions on a live broadcast programme, continues to remain a political participant in the State. He is a potent danger to Democracy.”

Obaseki kicks off campaign in Edo North, receives royal blessings from Otaru of…